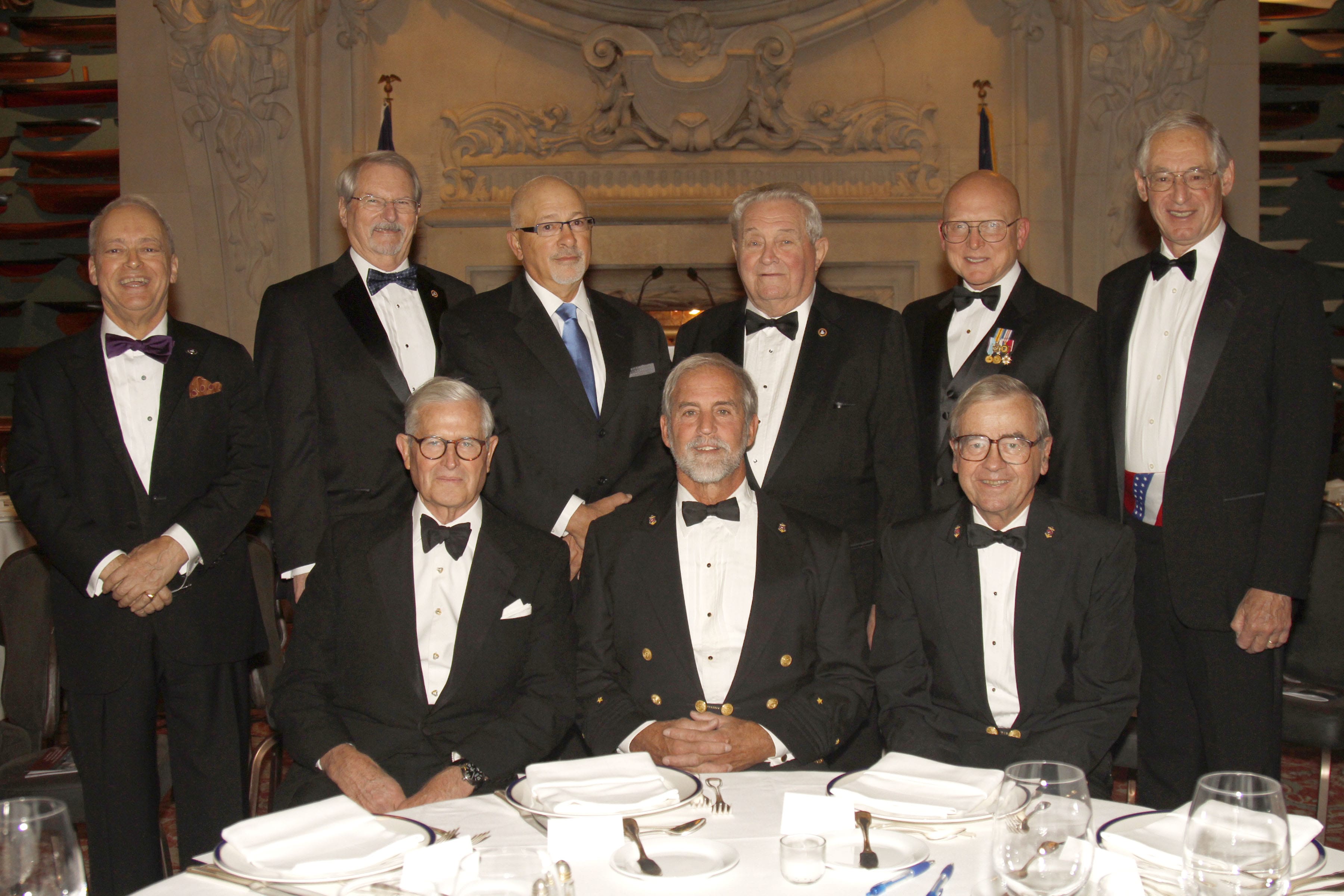 This year we were honored to present awards for outstanding contributions in the maritime field to Daniel Basta, director of the National Oceanic and Atmospheric Administration (NOAA) Office of National Marine Sanctuaries; George W. Carmany, III, longtime chairman of the America’s Cup Committee for the New York Yacht Club; James J. Coleman Jr., chairman of the National Coast Guard Museum Association and a director of the Coast Guard Foundation; and Howard Slotnick, treasurer and chairman emeritus of the Society, and one of the driving forces behind the OpSail tradition.

View Photos taken at the event by professional photographer Allison Lucas.  You can also view the four Awardee Videos prepared by NMHS Vice Chairman and President/Producer of XXL Media Richardo Lopes, who has created over 40 award winning PBS television programs and documentaries.

Among the guests were distinguished dignitaries including the recent former commandant of the US Coast Guard (Admiral Robert J. Papp, Jr.), the vice commodore of the New York Yacht Club (Rives Potts), a great maritime artist (Oswald Brett), the chairman, president and leading staff of Mystic Seaport (Barclay Collins, Steve White, Quentin Snediker and Maureen Hennessey), the presidents of South Street Seaport Museum (Captain Jonathan Boulware) the Steamship Historical Society of America (Mathew Schulte), and the American Friends of the National Museum of the Royal Navy (Erik Olstein), the chairman of the Coast Guard Foundation (Robert Flynn), the president and CEO of one of America’s great family-owned tugboat companies (Captain Brian McAllister), the Nobel prize winner for discovering the structure of DNA (Dr. James Watson), the Regional Vice President of the American Bureau of Shipping (Stephen Gumpel), the founder, president, and program development director of the lighthouse tender Lilac (Gerry Weinstein, Mary Habstritt and Daniella Romano) and the president of the Working Harbor Committee (Captain John Doswell).  It was a magical evening we will not soon forget.

A recurring theme during the course of remarks, from the podium and amongst friends old and new, was the importance of focusing on the sea, and on the waters on which we sail, on our common experiences and background and the necessity of connecting together, of sharing our stories and knowledge. Dinner Chairman Clay Maitland praised the work of the Society for our focus on what ties us together and our leadership promoting the larger story. He stated that we share with those who went before us common experiences; we are a people who migrated here from across the seas and still today sail the same seas and rivers to carry our trade and culture. Pirates, terrorism, migration, drought, and religion were issues faced by our forefathers and we are helped to navigate those challenges today by looking to our heritage and realizing its relevance.

Dan Basta discussed the 38th voyage of Mystic Seaport’s whaler Charles W. Morgan as an example of an international icon to connect the world, and advocated an international year to celebrate maritime heritage. Howard Slotnick remembered joining the South Street Seaport Museum as a dollar member, an act that changed his life as he got involved, traveling the world as an OpSail ambassador to invite tall ships to America. George Carmany asked us to think in our own life what it is that makes us love the sea as we do, imagining that for most of us it was getting out on the water as a child, or perhaps with a team racing, but some wonderful experience. As said he put it: “Why do we love the sea so? What forms the attachment that we feel? The exhilaration we feel when we go out on it? Its beauty? The hidden dangers? Its fury and peacefulness? Our impressions, the things that tie us to it emotionally, are grounded in personal experiences, from childhood in most cases… This is the stuff of love and passion, the sort of things that collectively bind us to the sea.”

In honor of James Coleman, his son Jamie Coleman, artist Paul Garnett, and the National Maritime Historical Society donated USCG Bounty Rescue—October 2012 to Mr. Coleman for the new National Coast Guard Museum. Captain of Coast Guard Sector New York, Captain Gordon A. Loebl, is displaying the painting in his office until the construction of the New London, Connecticut museum is completed.

We would like to thank all those that supported the event, including our underwriters, sponsors, trustees, dinner committee, attendees, and all those that participated in the silent and live auctions.  Your generosity is greatly appreciate