A portion of the sale price of each painting benefits the National Maritime Historical Society and is tax deductible for the buyer.  Selections are available for a limited time through 29 October 2020 by emailing vicepresident@seahistory.org.  Thank you for your support! 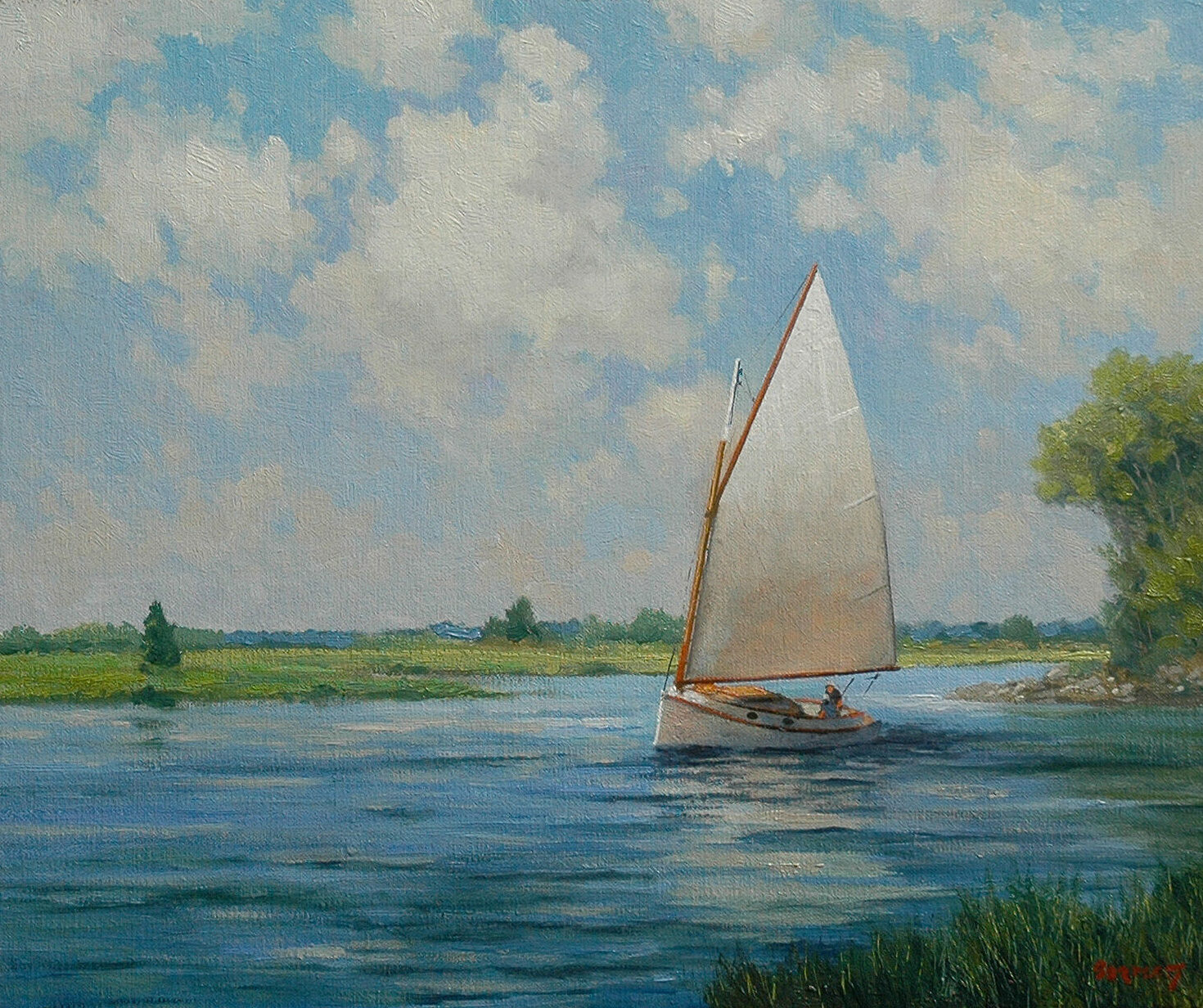 There’s nothing quite so relaxing as sailing gently through the salt marshes on a summer afternoon. 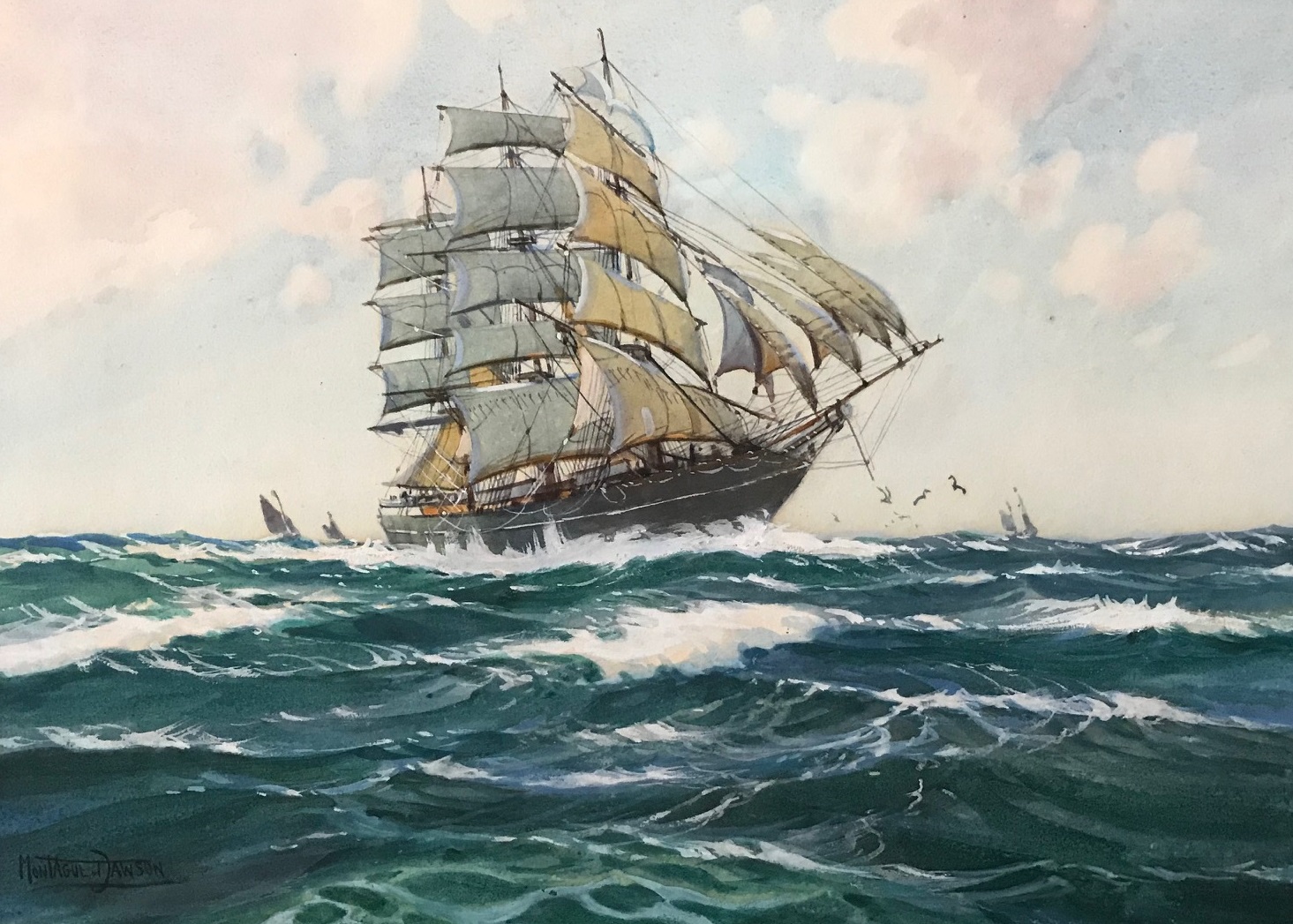 For the first 50 years of the twentieth century, Montague Dawson was the world’s top marine artist, painting thousands of masterful depictions of sailing vessels at sea. 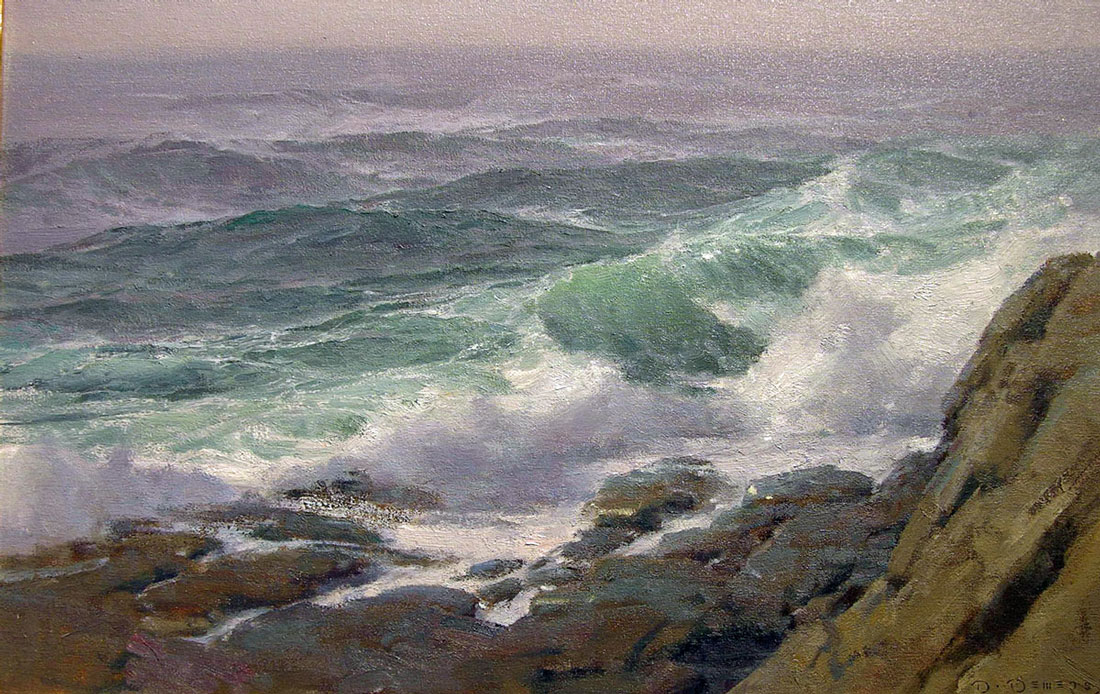 Perhaps no one in the country captures the complexities of color and light on the water like leading marine artist Don Demers. 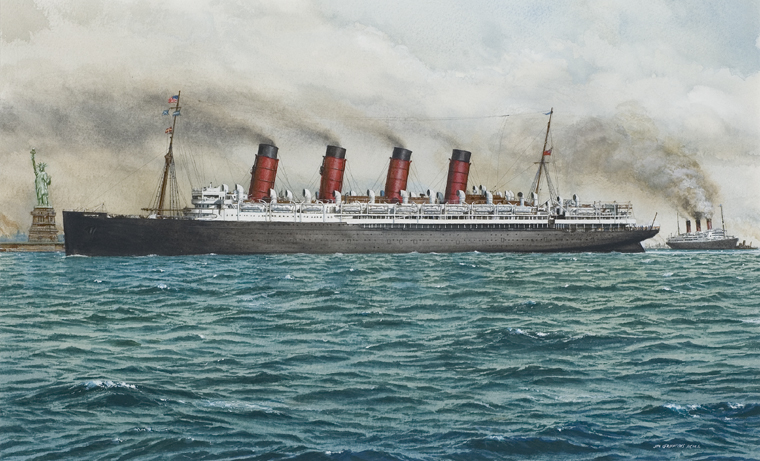 This painting depicts the Cunard Line ocean liner Mauritania passing the Statue of Liberty on her way out of New York Harbor for her voyage across the Atlantic to Europe in 1911.  Launched in 1906, Mauritania broke all existing Atlantic speed records and for more than 22 years was the fastest North Atlantic liner. During WWI she served as a troop and supply ship; after the war she returned to the express passenger service and in 1931 set another record when she crossed the Atlantic four times in a month. 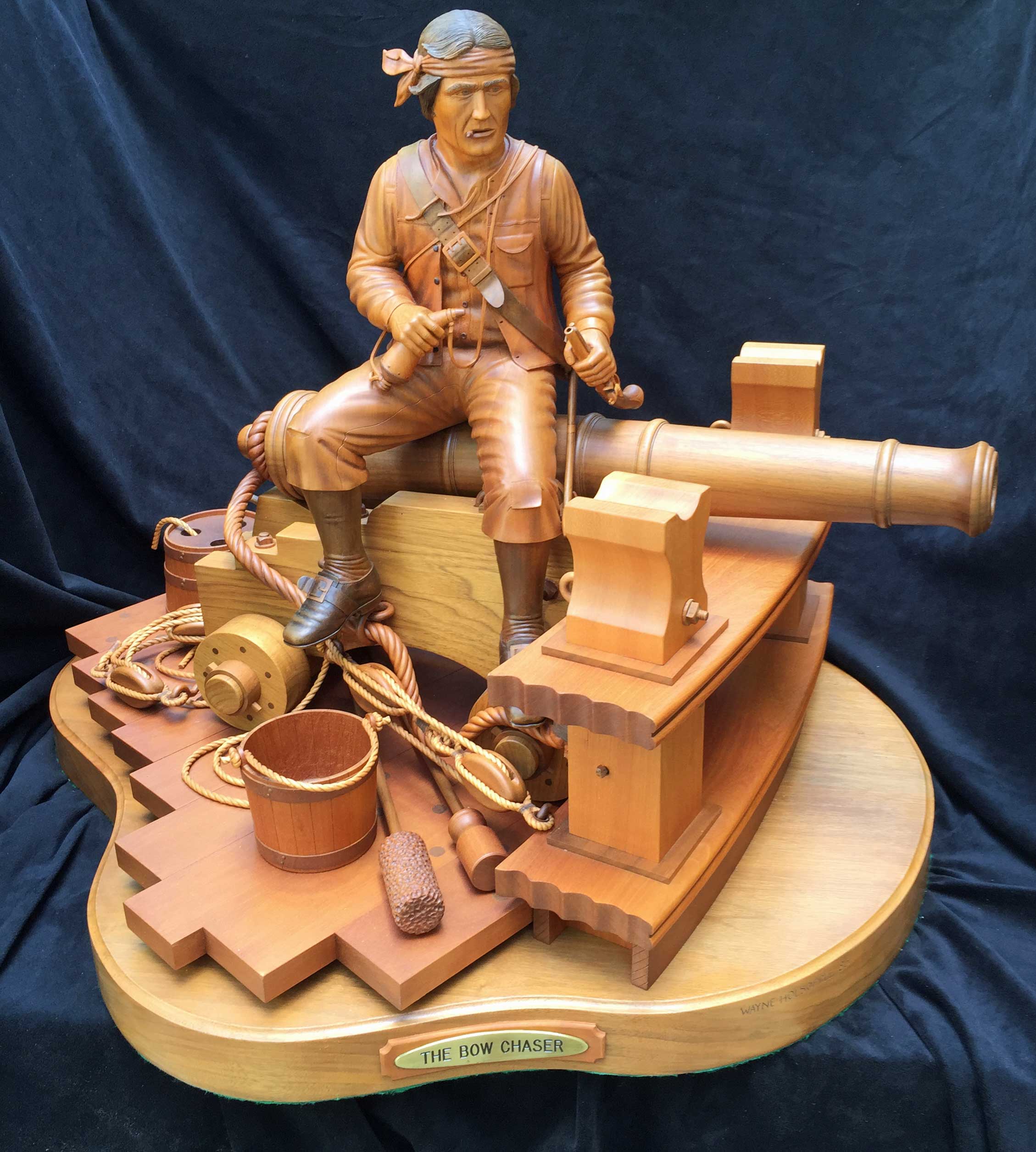 Simply one of the most exquisite woodcarvings we have ever seen, depicting a 19th century sailor with all the gear needed to load and fire a shipboard cannon. 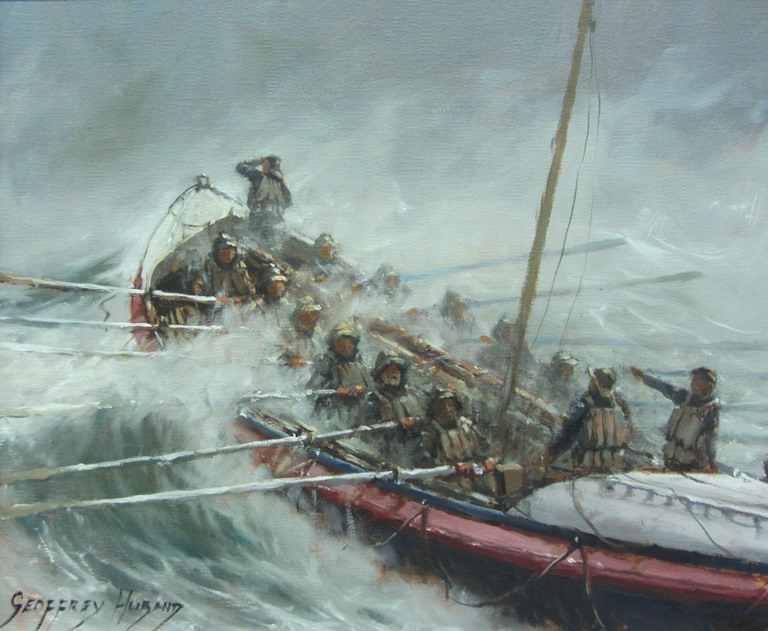 This was a study for an early rowing lifeboat that artist Geoff Hunt created for a larger painting of the rescue of the crew from the barque Petrellen wrecked in Mount’s Bay Cornwall, England, in February, 1885.

Since 1819, 28 members of the Burnham family have operated the Burnham Boatyard in Essex, Massachusetts. Artist Neal Hughes made a special trip to paint its historic buildings and boats. 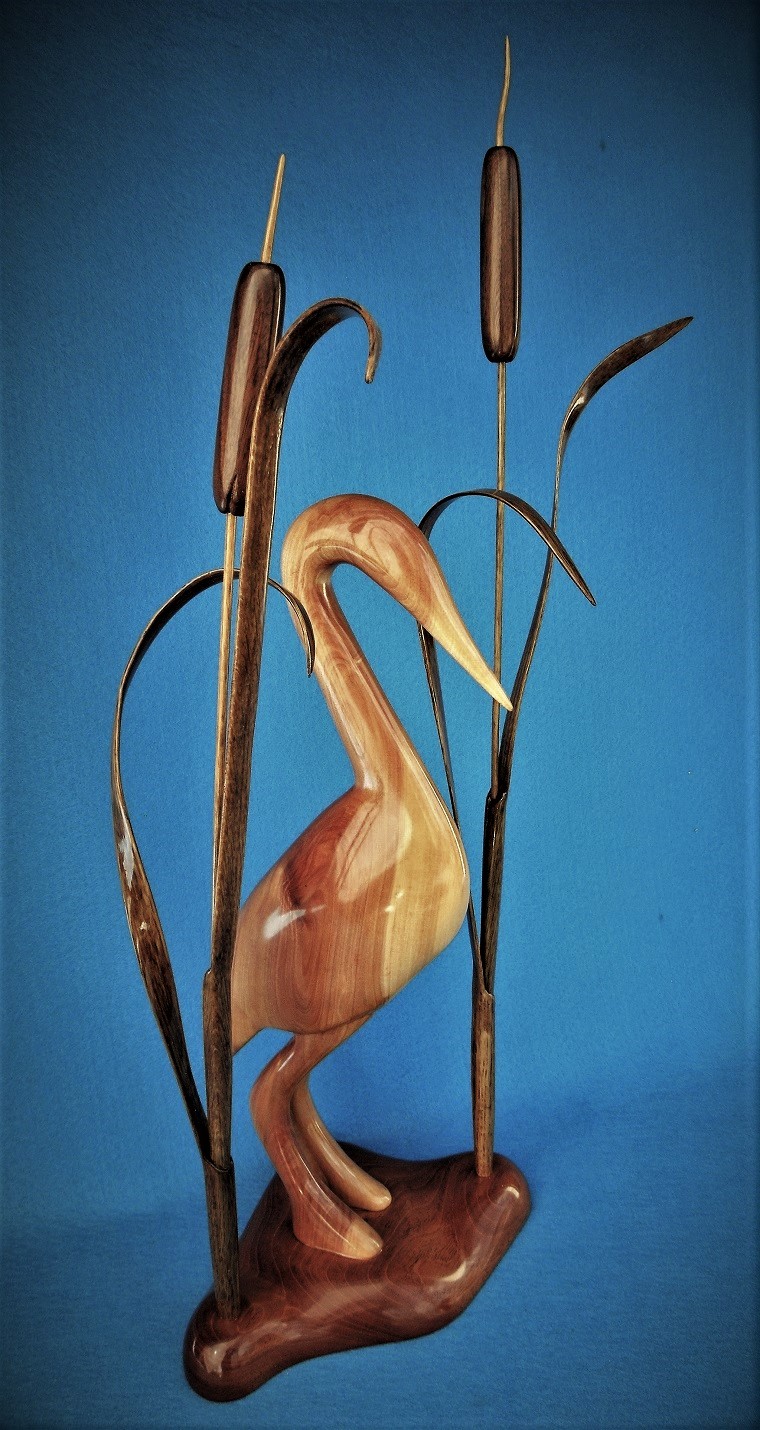 Blue Herons can be seen in coastal areas of the East Coast from Newfoundland to Southern Mexico. They can grow to 50 inches in height. They feed by stalking fish, sometimes blending in with reeds. This stylized piece is carved from a piece of black birch: other materials used include oak, black walnut and Honduras mahogany. The varied materials allowed tone variations  using  the  natural colors of the different woods. It is finished with numerous coats of hand rubbed Tung oil. 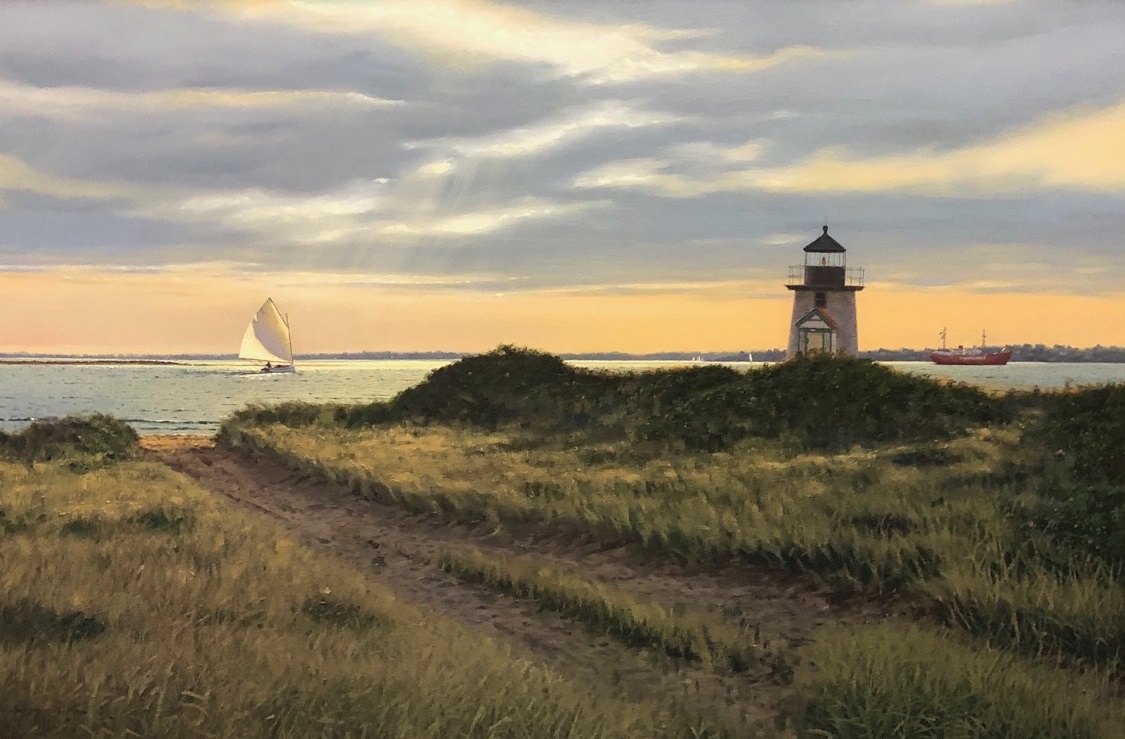 A well-known landmark, Brant Point Light has marked the entrance to Nantucket Harbor since 1746. 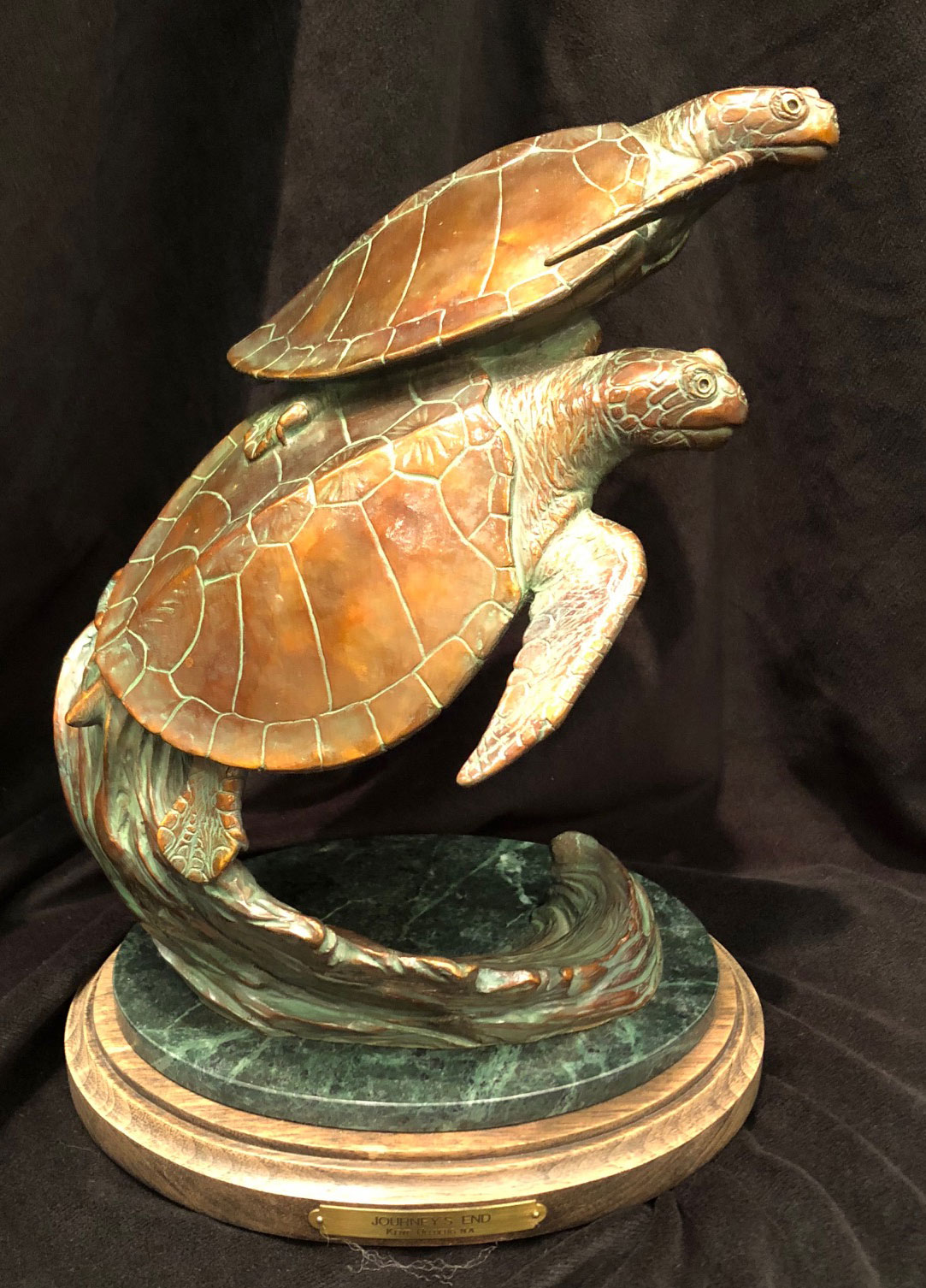 Internationally recognized for his larger than life sized sculptures of wildlife for zoos, botanical gardens and public spaces, Kent Ullberg is considered one of the leading wildlife sculptors working today. 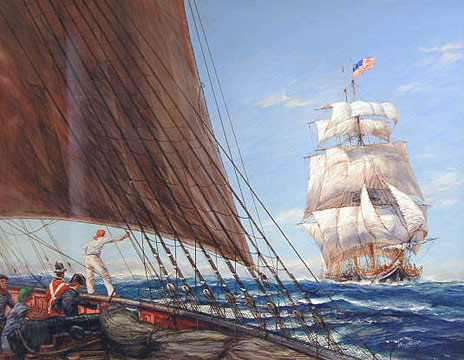 Alexander Kent’s Napoleonic seafaring novels have achieved international praise – Paul Wright’s piece is the cover art for his novel To Glory We Steer.

A portion of the sale price of each painting benefits the National Maritime Historical Society and is tax deductible for the buyer.  Selections are available until 29 October 2020 by emailing vicepresident@seahistory.org.  Thank you for your support!