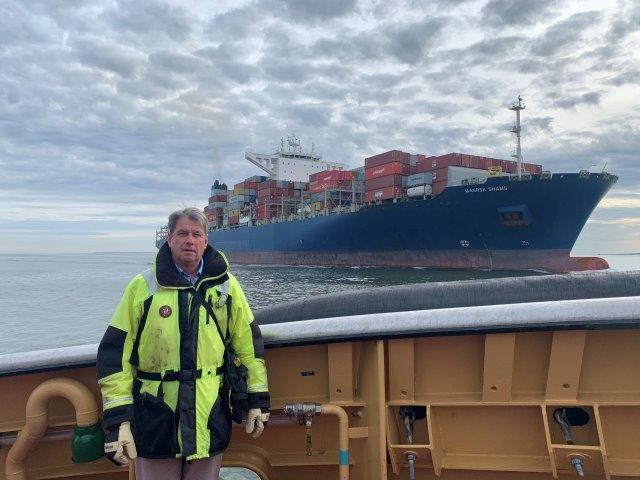 Board of Trustees, Secretary

Born in Garden City, New York in 1964, Captain Jeffrey McAllister grew up in Stamford, Connecticut near enough to the water for it to make a lasting impression on him. As the song goes, he is the son of the son of a sailor. His grandfather was chairman of the board of McAllister Towing and transportation, a tugboat company based in New York, started by his grandfather in 1864. His father in turn was an owner of this same company but his heart was in the sleek racing sailboats of Long Island Sound. As a child, Captain McAllister spent his weekends crewing. They were a good team and were national champions of the Cottontail class in 1968.

Professionally, he has been been involved at McAllister Towing his entire working life. He started out in the Gulf of Mexico as a deckhand and moved on to international tugboat voyages and deliveries. He spent the last 32 years as a Ship Docking Pilot maneuvering merchant vessels around the port of New York and New Jersey.  He was also the lead pilot moving the USS Intrepid when she required a little dry dock time.

He watched the South Street Seaport museum take shape under Peter Sanford’s hand and has admired the work the National Maritime Historical Society has accomplished and is honored to be a trustee.  His uncle, Captain Brian McAllister, a former trustee, will take great joy in advising him.