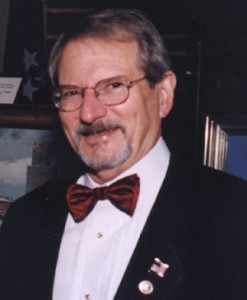 Ronald L. Oswald, NMHS Chairman Emeritus and recipient of the 2015 David A. O’Neil Sheet Anchor Award, is a retired computer systems project manager who began his career working on computer simulations at Bell Telephone Laboratories for NASA’s Saturn/Apollo lunar landing project. He later worked in various marketing and technical support positions for a major computer manufacturer. An honors graduate of St. Peter’s College with a BS in physics, he also holds an MS in applied mathematics from Stevens Institute of Technology.

His lifelong interest in maritime history and art eventually led him to NMHS and its Saturday seminar program which not only helped fuel that interest but also introduced him to a dedicated group of individuals with like interests. 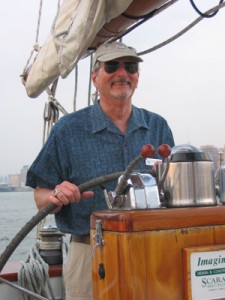 A 32nd Degree Mason, Mr. Oswald is a Past Master of Mountain View Lodge in New Jersey and currently serves as lodge historian. For many years he was actively involved in amateur sports-car racing, both as a driver and as a race mechanic. He also is an avid sailor.