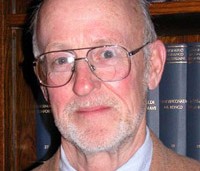 Walter R. Brown went to sea at the age of 18 working on a coastal tanker as an ordinary seaman. Spending four years in the Navy in the Far East, Mr. Brown rose to the rank of Lieutenant while serving on a Navy tanker and as navigator on a LST in Southeast Asia.

Mr. Brown was honorably discharged in Japan. While there he bought a 36′ Bug-eye ketch that he planned to sail back to the States but instead sailed around Japan. In 1968 he returned to the US and got his USCG third mate’s unlimited license. He later joined States Marine Lines in their Tokyo office. 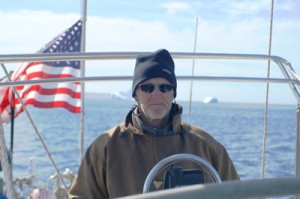 Walter Brown currently serves as President of Henry L. & Grace Doherty Charitable Foundation, as well as Trustee of the SEA Education Association and Upstream Alliance, and Advisor to Lamont-Doherty Earth Observatory. He currently has a USCG 100-ton master license. Mr. Brown’s seafaring adventures of late include a recent sail from Newfoundland to Greenland and Labrador.

“Love to sail! Available! Have sea-bag; will travel!”
—W.B