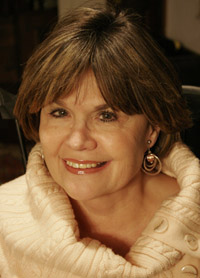 Upon retiring as President of the National Maritime Historical Society in August 2022, President Emeritus Burchenal Green continues to advise the Society as NMHS Ambassador and will serve on the boards of the Center for American Marine Art and Sail250 New York, celebrating America’s 250th birthday in New York Harbor on July 4th, 2026.

Burchie has been able to accomplish so much in her 27 years of leadership with NMHS.  In an era where many print magazines struggle to compete with so many other types of media, Sea History magazine flourished.

With funding from a National Maritime Heritage Grant, the Society’s website was overhauled, including digitizing and posting online all fifty years of indexed Sea History issues.

The Society received a grant to catalog its 8,000-volume library and partnered with the Westchester Library System and Hendrick Hudson Free Library. It is an honor to have named the library for NMHS chairman emeritus Ronald L. Oswald, whose leadership has also been invaluable.  Under both their stewardship, NMHS worked with some 26 states across the country to award cash prizes to students of National History Day whose projects focus on maritime history, encouraging the next generation of scholars.

With Burchie at the helm, the Society’s awards events, held each autumn and spring, recognized significant achievements and contributions to the maritime heritage field, inspiring thousands of others to pursue the mission.

Twenty years in the making, Sails Over Ice and Seas, the major documentary about the 1894 schooner Ernestina-Morrissey produced with NMHS Vice Chair and film producer Rick Lopes, with funding from the H.F. Lenfest Fund at Vanguard Charitable, should be ready for distribution in 2023.

Working with the National Maritime Alliance, Burchie helped orchestrate National Maritime Heritage Conferences in Baltimore, Norfolk, and New Orleans, bringing the broad spectrum of maritime heritage organizations together.  In recognition of her significant contributions to the maritime heritage community, in 2020 she was presented with the American Society of Marine Artists Lifetime Achievement Award and the Independence Seaport Museum Award for Maritime Preservation.

Burchie continues to serve on the board of Sail250 New York in the long tradition of providing an educational component to tall ship events. The Society helped organize Operation Sail ’76 in New York City, and under Burchie’s leadership, worked with each major ship event since.

Following Burchie’s example, the Society continues to partner with other maritime organizations and, through these relationships, develops greater strength and resources for the maritime heritage community to preserve ships, share scholarship, and promote the work of maritime museums and heritage groups.

Burchie is grateful for the work of the staff, the leadership of the Board of Trustees, and the generous support of members, donors and friends who have been integral to the Society’s success.