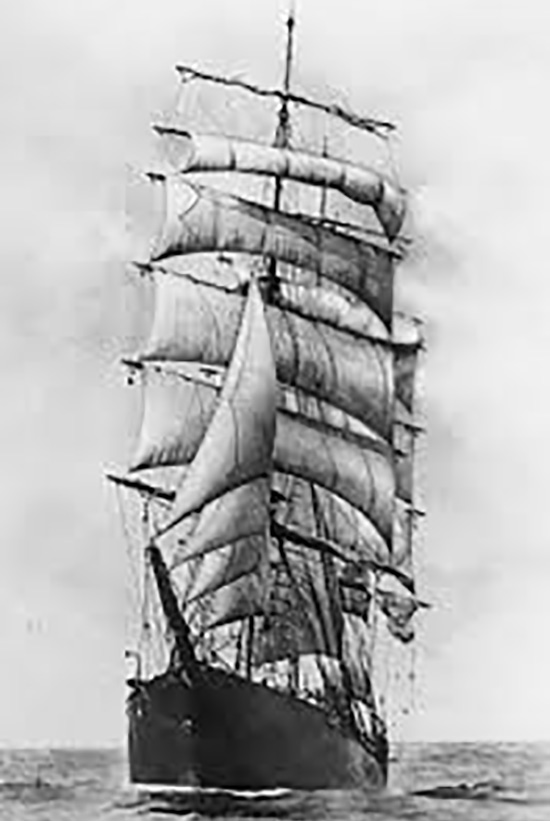 A graduate of George Washington University School of Law, Alan Hutchison was a practicing lawyer in Washington, DC, in the early 1960s when he became involved with a group hoping to revitalize the waterfront of the nation’s capital, a plan that included bringing a historic sailing ship to connect visitors with America’s maritime origins. Hutchison sought the advice of noted maritime historian and activist Karl Kortum, who advised him that the ideal ship to bring to America’s shores would be the barque Kaiulani, the last American-built ship to sail around Cape Horn with cargo. The Committee for the Preservation of the Kaiulani was formed, headquartered in Hutchison’s law firm, to lead efforts to bring Kaiulani back from the Philippines, where she was serving as a lumber barge. As the project grew and negotiations with the barque’s Philippine owners were begun, the committee formalized its organization, and the National Maritime Historical Society was incorporated, with Hutchison as its founding president. In 1964, Philippine president Diosdado Macapagal presented the Kaiulani to the people of the United States in a formal White House ceremony, and the National Maritime Historical Society, appointed steward for the ship, continued to raise awareness and funds to bring here to the US. Despite the organization’s successes in raising money and a federally guaranteed loan, the ship proved to have deteriorated too far to restore, and she was broken up. Emerging business commitments spurred Mr. Hutchison to turn over the mantle of NMHS president to Peter Stanford.

Mr. Hutchison joined InterAmerican Finance Corporation as General Counsel and Managing Director, and in 1986 he was appointed to the National Advisory Committee on Oceans and Atmosphere, where he served two years. He now practices law in Reno, NV.