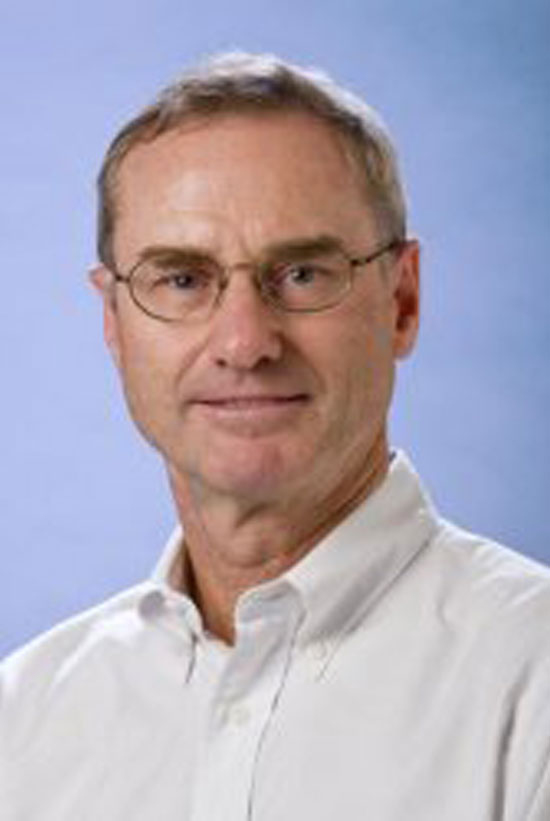 In 2012, Bruce K. Farr OBE was awarded with the NMHS Distinguished Service Award.  We recognized his many accomplishments in the evening’s awards dinner journal:

Bruce Farr is the founder and Vice President of Farr Yacht Design, Ltd., the world’s foremost designer of racing and cruising sailboats.

Born in Auckland, New Zealand, in 1949, Mr. Farr was drawn to the field of yacht design at an early age. A desire to sail a single-handed yacht led him, at age 11, to design and build a 10’6” dinghy to sail in local races on his own. After completing the dinghy, Mr. Farr began designing and building Restricted Moths, eventually building Cherubs, Javelins and 12-and 18-foot skiffs. When he graduated from high school, he found that there was no university curriculum available in New Zealand for his chosen career, and he immersed himself in the field: building, racing, and drawing boats. By 1973, his success in the extremely competitive 18-foot skiff class had earned him a reputation and client base that enabled him to focus full-time on design.

In the 1970s, designs by Bruce Farr were winning ¼-ton, ½-ton, ¾-ton and 1-ton world championships. His design practice earned a reputation for accurate, well-detailed information that boat builders could trust and build to with confidence. Competitors in the Whitbread Round the World Race began to seek out his office in Auckland, New Zealand, to design boats for the most supreme test of boat handling, speed and reliability. This was an excellent match—Farr-designed Whitbread boats have been present in every race since 1981, and have won the 1986, 1990, 1994 and 1998 races.

Recognizing that the practice needed a presence in the northern hemisphere to be more accessible to the bulk of the market, the business opened an office in Annapolis, Maryland, in 1981, where it maintains its headquarters to this day. The mid-1980s also saw his entry into the sacred realm of America’s Cup design with the stunning New Zealand entry, KZ7, in the Perth, West Australia, regatta. In 1988, French production boat builders Beneteau and Jeanneau forged a long-term relationship with Farr Yacht Design. To date, Beneteau has launched over 3,400 cruising boats to Bruce Farr’s designs, including their premier range from 40 to 64 feet in length.

Over the past 20 years, Farr-designed sailing boats have consistently dominated racing events throughout the world, particularly in rating systems such as the International Measurement System and IRC where pure design excellence prevails.

Bruce Farr has made significant contributions to the yachting world and has served on many committees, including the International Technical Committee of the Offshore Racing Council where he served for many years. His services to yachting were recognized in 1990 when he was awarded the Order of the British Empire. Among his other awards is the Science and Technology Silver Medal from the Royal Society of New Zealand, which recognized his significant contributions to yacht design. It is for this record of excellence and leadership in the field of yachting that NMHS is recognizing Bruce Farr with the Distinguished Service Award.