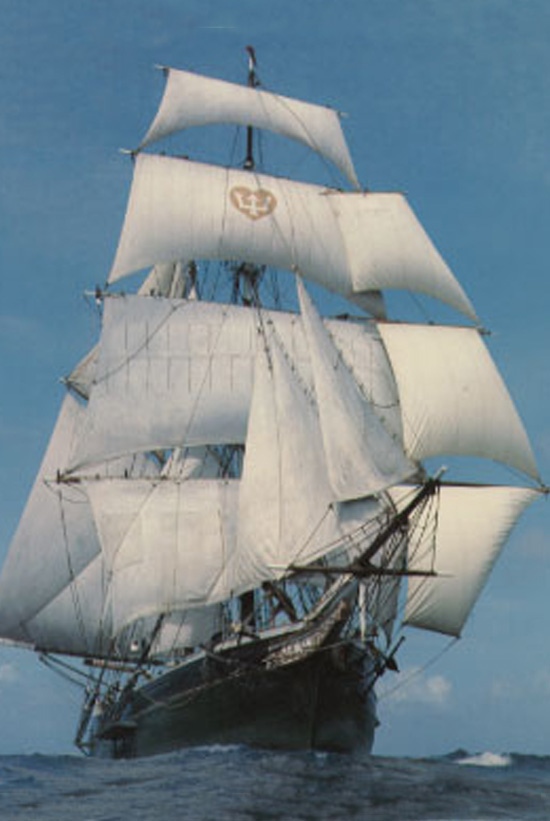 Known as “Skipper” to all who sailed with him, Captain Arthur Kimberly and his wife, Gloria, sailed his brigantine, Romance, from 1966 to 1989 on voyages throughout the Caribbean and the South Pacific, and twice around the world. He trained hundreds of young seamen in the proper way of a ship. Skipper was well qualified to do so, as one of the last Americans who sailed around Cape Horn in commercial square-riggers. In recognition of his contributions to sail training and the preservation of maritime skills and traditions, Captain Kimberly was awarded the NMHS Karl Kortum American Ship Trust Award in 2008 and the American Sail Training Association (now Tall Ships America) Lifetime Achievement Award in 1996.

For those of us lucky enough to sail with Skipper, it was the best apprenticeship that a young seafarer could ever hope for. For those who follow afterwards, know that his legacy is alive and well and hard at work in many fine vessels throughout the tall ship fleet. Skipper was never a self-promoter, and he didn’t write books. His reputation was earned by simply being himself—a rough, skillful, and authentic seaman. Few individuals have had greater impact on the broad scope of sail training in America than Arthur Kimberly. We say goodbye to the man and pay our utmost respects to his great life of the sea. —Bert Rogers (adapted) SH 137:7