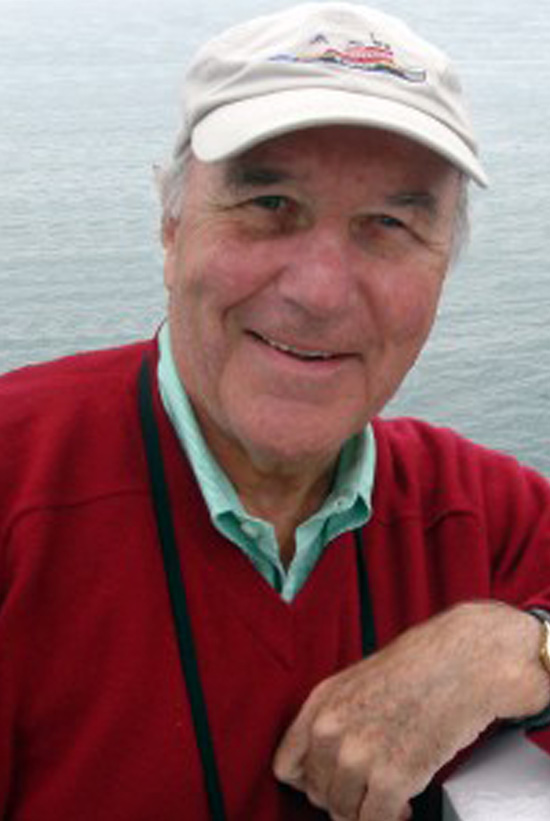 In 2012, Captain Brian A. McAllister was awarded the NMHS Distinguished Service Award.  We recognized his many accomplishments in the evening’s awards dinner journal:

Captain Brian A. McAllister is the principal owner and president of McAllister Towing and Transportation Company, Inc. His great-grandfather, Captain James McAllister, immigrated to the United States from Ireland in 1864; he founded the family business with a single sail lighter transferring cargo on and off of ships, and soon the business expanded to include towing, moving into new offices on South Street in Manhattan. The company prospered and grew, until the Depression struck and the company fleet was reduced to one running tug. The family worked hard to rebuild the company and once again became a significant presence in the industry; in World War II McAllister Towing transported most of the US Army’s explosives through New York Harbor. Today, McAllister Towing is one of the oldest and most diversified marine towing and transportation companies, operating an extensive fleet of tugs, barges, and ferries in the major ports on the US East Coast. A book about the history of McAllister Towing is in the works, to appear in early 2014.

Born and raised in Brooklyn, New York, Captain McAllister graduated from the SUNY Maritime College at Fort Schuyler in 1956 with a Bachelor of Science degree in Marine Engineering and a 3rd Assistant Engineer’s license. From 1956-1958, he served in the US Navy, including the position of Executive Officer aboard USS Lake County (LST 880). Following his service in the navy, he sailed deep-sea with American Export Isbrandtsen Lines as 3rd Assistant Engineer.

In 1959, Captain McAllister joined the family-owned tugboat company and switched from engineering to the deck department, sailing aboard McAllister tugboats and ferries, ultimately obtaining a master’s license with unlimited pilotage for many of the ports serviced by McAllister. In 1964, Captain McAllister came ashore and became the company’s port captain. In 1974, he and other members of the fourth generation of the McAllister family purchased the company from the third generation. From 1974 until today, the company has expanded into an additional eight ports and modernized its fleet, which now consists of over 75 tugs. The fifth generation of McAllisters is also represented in the family business; among them are his son Buckley, vice president and general counsel, and Eric, the CFO.