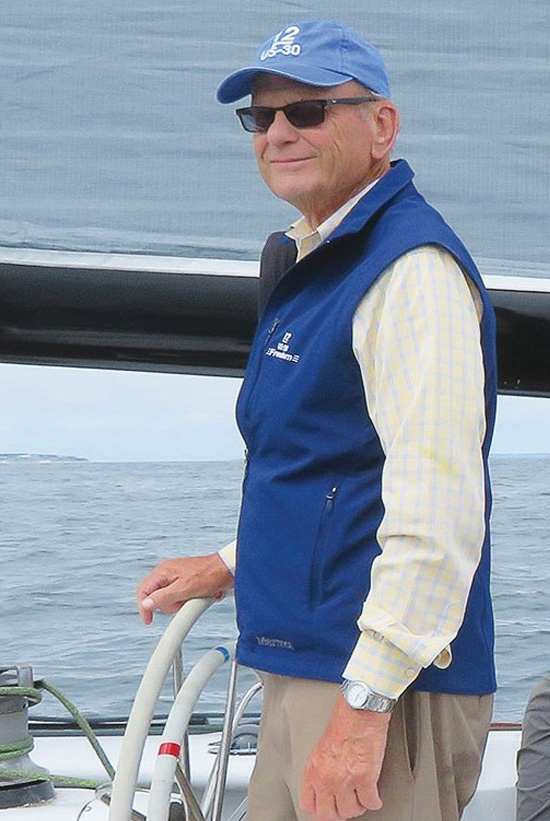 Charles A. Robertson, ship captain, champion sailor, pilot, and pioneer of the small ship luxury cruise industry in the United States was a former NMHS trustee and a true friend of the maritime heritage community. Robertson worked to make sailing and the maritime industry more accessible, and served on the boards of the New York Yacht Club, Mystic Seaport, the Smithsonian National Air & Space Museum, and the Chesapeake Bay Maritime Museum. He also served as chairman of Operation Sail 2000 in addition to his support of other maritime museums and non-profit organizations.

Robertson was the founder and chairman of American Cruise Lines, Inc., the largest cruise company in the country today, offering cruises highlighting the rich history of inland waterways and coastal waters, with specialty themed cruises on the American Civil War, the Lewis and Clark Expedition, and the life of author Mark Twain. Destinations include the Mississippi River, New England, Canada, the Great Lakes, the Pacific Northwest and Alaska, the US Southeast, and the Panama Canal. Robertson was also the founder, chairman and CEO of Pearl Seas Cruises, Chesapeake Shipbuilding, and affiliated companies. His firms have designed and built 14 cruise ships and approximately 70 other commercial vessels, up to 400 feet. His cruise ships plied the waters of both coasts, and the rivers as well.

With a USCG-issued Master’s License and First-Class Pilot’s License (un- limited tonnage), Robertson was a recognized expert on cruise ship regulation in the United States and was involved in drafting maritime legislation.

An avid racing sailor from childhood. Robertson won many national and inter- national events, including the Newport Bermuda Race, the Queen’s Cup, and the National Championship in the Atlantic Class in many different types of racing yachts, including the 73-foot Maxi Cannonball. In the 1980s he operated Williams & Manchester Yacht Builders in Newport, Rhode Island, which produced four America’s Cup contenders. In 2016, he purchased the 12-meter yacht Freedom (US-30), gave her a complete refit, and put her back in the racing circuit. She was an active competitor throughout the 2019 World Championship series.

An aviator and airline pilot for Shenandoah Airlines and Eastern Airlines earlier in life, Robertson returned to this interest in his later years, flying modified ex-military aircraft and participating in shows and demonstrations around the country.

In 2016 the Society recognized Robertson with its Distinguished Service Award in recognition of his achievements in the maritime industry, for promoting American maritime history through educational cruise programming, for his leadership in OpSail 2000, and for his lifelong support of our nation’s maritime museums.