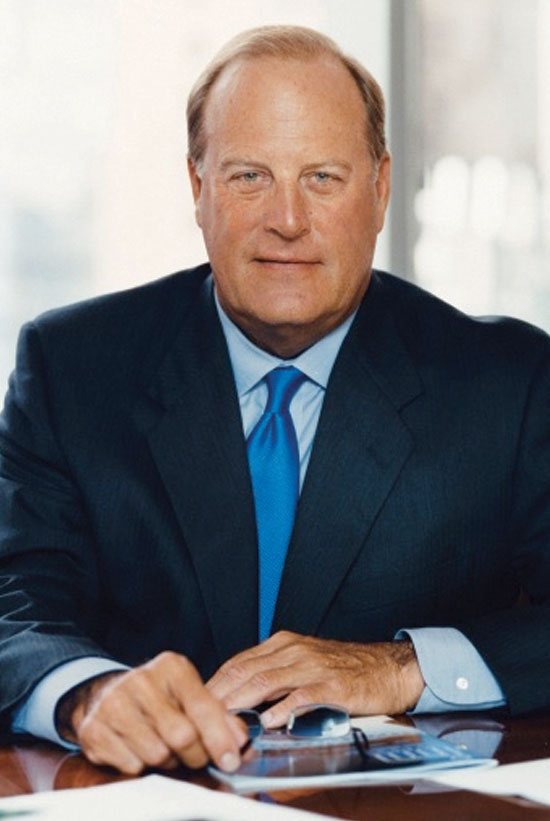 In 2016, Charles H. Townsend was awarded with the NMHS Distinguished Service Award. We recognized his many accomplishments in the evening’s awards dinner journal:

Charles H. Townsend is chairman of Conde Nast, a position he has held since January 2016, after serving as the company’s CEO for eleven years. He joined the company as publisher of Glamour in 1994, became an executive vice president of Conde Nast in 1995, and was promoted to chief operating officer in 2000.

Charles Townsend grew up on Maryland’s Eastern Shore; he recalls of that time: ”at a very early age I was immersed in what we all considered to be one of the richest resources in maritime history… it has been what has shaped my entire life.” He learned to sail with his family and got involved with racing at an early age, an enthusiasm that carried into his college years as he sailed on the Great Lakes as a student at the University of Michigan, and on into his adult life. He continues to sail competitively today, in Fidelio, a Sparkman & Stephens 39 and sister to the legendary Finisterre, which won three consecutive Bermuda races. Mr. Townsend was also no stranger to the practical side of Eastern Shore life and had jobs crabbing and eel fishing and working in a boatyard for 25 cents an hour. He has said that his deep roots in the commercial aspect of the area are an integral part of his appreciation of sailing and the maritime programs he supports to this day.

Mr. Townsend has used his talents in advertising and marketing to bring sponsors to the sailing world, most notably Rolex. He served as commodore of the New York Yacht Club for the years 2007-2008. He is a strong supporter of the International Yacht Restoration School (IYRS) in Newport, RI. Founded in 1993, IYRS offers world-class experiential education through three accredited schools: the School of Composites Technology, the School of Boatbuilding & Restoration, and the School of Marine Systems. Mr. Townsend, who has served as its trustee and vice chairman and this year rose to the position of chairman, is proud of the work that IYRS does. “It’s a very low-cost affordable education for people who really have an inclination to make things, to work with their hands and their brains, and it turns out immediately employable people. It really works.” He is an advisory board member of the World Ocean Observatory, and actively supports the Herreshoff Marine Museum and the South Street Seaport Museum.

As chairman of Conde Nast, Charles Townsend has seized the opportunity to lead his readership to a wider appreciation of the world of sailing. The National Maritime Historical Society is honored to recognize his support, dedication, and leadership with the Distinguished Service Award.

The award will be presented by fellow yacht racer George W. Carmany III, recipient of this award in 2014.