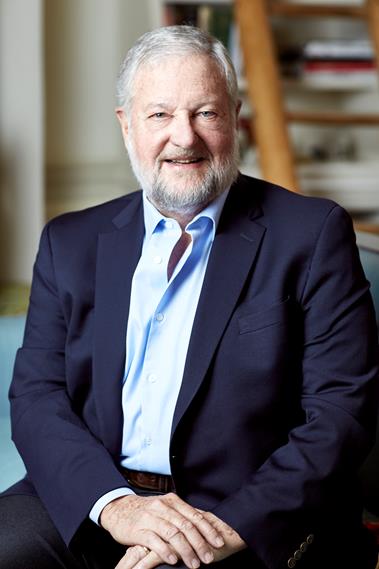 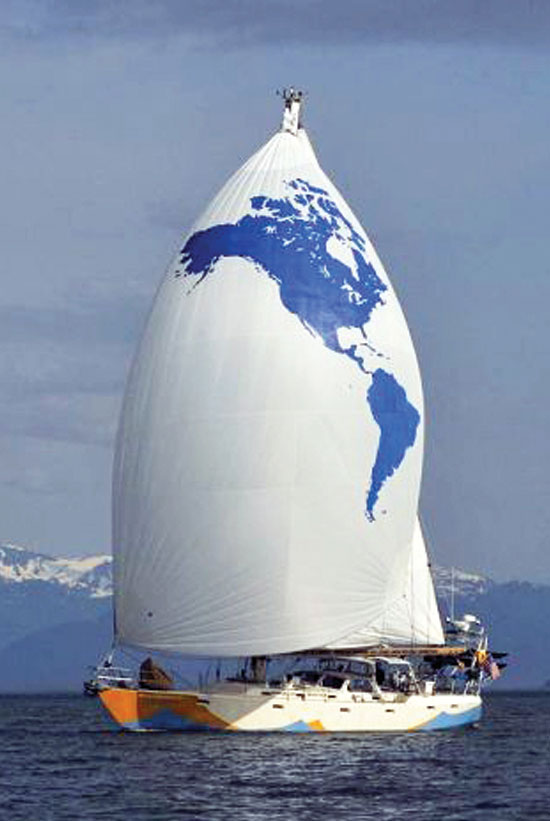 In 2010, David Rockefeller Jr. & Sailors for the Sea were awarded with the Walter Cronkite Award for Excellence in Maritime Education at the Annual Awards Dinner. We recognized their many accomplishments in the evening’s awards dinner journal:

David Rockefeller, Jr. and Sailors for the Sea will be recognized for their work in educating and empowering the boating community to protect and restore oceans and coastal waters. Their vessel, the 64-foot Ocean Watch, navigated 25,000 miles, visiting 30 towns and cities in 11 countries, to educate their populations about the health of our oceans and the effects of change in climate.

David Rockefeller, Jr., a director and former chairman of Rockefeller & Co., is a member of the Council on Foreign Relations and a past vice chair of the National Park Foundation, reporting directly to the Secretary of the Interior. He served as a member of the Pew Oceans Commission that issued a comprehensive report on the health of US marine waters in June 2003. His commitment to ensuring that our government and communities embrace and implement the recommendations of the Pew Commission—and his passion for sailing and the sea—fueled the formation of Sailors for the Sea, a “new voice for ocean conservation.”

Sailors for the Sea is a non-profit organization that “educates and empowers the boating community to protect and restore our oceans and coastal waters.” Among its many programs are: Clean Regattas, Certified Sea-Friendly and Around the Americas.

David Rockefeller, Jr. has been an active participant in the non-profit arena, especially in the areas of environment, philanthropy, arts and public education. He is an advisor and former vice chair of the Alaska Conservation Foundation. Mr. Rockefeller is the former chair of the North American Nominating Committee for the Praemium Imperiale, the Japanese prize for outstanding international achievement in the arts. He is a trustee of the Museum of Modem Art, the Asian Cultural Council, and a fellow of the American Academy of Arts and Sciences. He chaired Arts, Education and Americans, which produced the book, Coming to Our Senses: The Significance of the Arts for American Education. He is a founding trustee of The Cantata Singers in Boston and performed with them as a chorister for forty years.

He is an avid sailor and has raced and cruised for over forty years in waters from Labrador to Miami, from San Diego to Alaska, and from Scotland and Sweden to Turkey and Italy, and this past January, he rounded Cape Horn as a member of the Around the Americas crew in Ocean Watch.

A graduate of Harvard College and Harvard Law School, Mr. Rockefeller is married to Susan Cohn Rockefeller, and together they have three daughters and a son.

Mr. Rockefeller’s commitment to environmental preservation and his passion for sailing led him to found the nonprofit organization, Sailors for the Sea (SfS), in 2004. In 2018, SfS joined forces with the global ocean conservation organization, Oceana, becoming one of its programs. Mr. Rockefeller has joined Oceana as a Director, where he and his wife Susan promote the organization’s campaign-driven work to sailors worldwide.

Mr. Rockefeller’s dedication to protecting planetary health goes deeper than the oceans. In 2013, Mr. Rockefeller and two of his sisters established the Peggy McGrath Rockefeller Foundation, operating under the name “Stone House Grain.” Stone House Grain holds and manages 2,000 acres of farmland in Columbia County, New York, and is dedicated to promoting regenerative agriculture, as well as to supporting young farmers.

Mr. Rockefeller has been actively using his voice as a performing instrument since he was ten years old, singing as a semi-professional chorister for more than forty years with Boston’s Cantata Singers and – more briefly – the Boston Camerata. More recently, Mr. Rockefeller has focused on narration, having performed with the Boston Pops Orchestra (as John F. Kennedy), the Lexington Symphony and the Handel & Haydn Society – all in his former city of Boston.  He has appeared in New York City as a narrator for Musica Viva, at the Century Association, and frequently as a reader at Stories with Soul.  He has narrated three films directed by his wife, Susan Cohn Rockefeller, and he was the voice of Albert Einstein for an audiobook on Audible.com.

He lives in New York City with his wife, Susan, who is an artist and a filmmaker. Together, they are the parents of four children.