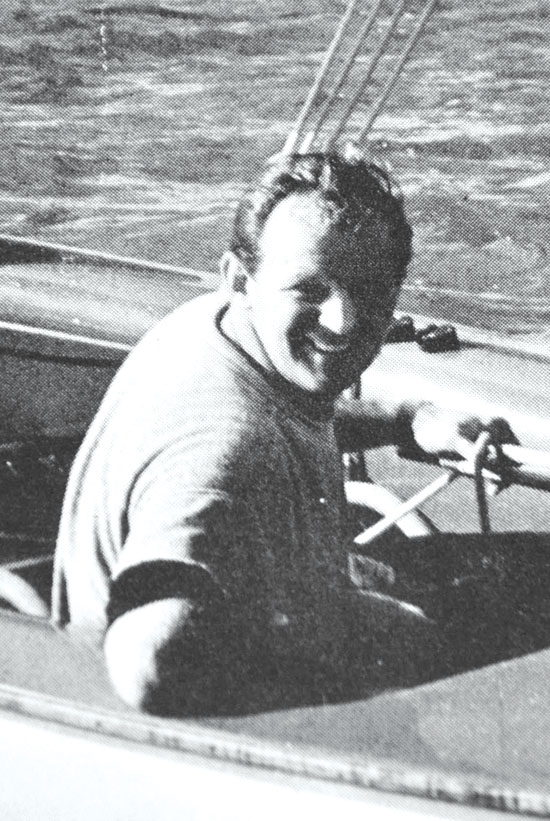 In 2019, Ding Schoonmaker was awarded the NMHS Distinguished Service Award.  We recognized his many accomplishments in the evening’s awards dinner journal:

As an active member and officer in the International Yacht Racing Union and International Sailing Federation (now World Sailing), Schoonmaker helped establish the US Sailing Center in Miami, a volunteer based, not-for-profit organization that provides public access to Miami’s waterfront, along with team training and community outreach. The Schoonmaker Center is a US Olympic Committee-sanctioned training site and the only one dedicated to sailing in the United States. It has hosted an internationally renowned Olympic Classes regatta for more than twenty-five years and welcomes sailors from around the world to South Florida to come train, practice, and compete. In 1990, Schoonmaker and fellow ISAF members formed the World Youth Sailing Trust, which for the past twenty years has underwritten sailors from less experienced sailing nations and provided them with coaching at the ISAF Youth Sailing World Championships.

“Sailing has been such a big part of my life, and I have been glad to put something back into the sport,” said Schoonmaker. “One of my major achievements is helping start the US Sailing Center in Coconut Grove. It took about ten years and a lot of work with the city. It is not a club that you can join, but if you want to train, or train for world championships in Olympic classes, we are very glad to have you. A lot of these sailors can’t afford dues to belong to a yacht club, and we don’t charge anything, which is a great benefit to them, because they could put the money they saved into equipment and sails… We were the first of three centers sanctioned by the Olympic committee; we could have the rings and fly the flag.”

Schoonmaker’s sailing career is a many-storied one: In 1944 at age 11, he competed in his first race off Watch Hill, Rhode Island. At 16 he crewed for Olympian Jack Price in a Star-class one-design and fell in love with the boat. In 1951 he won his first Bacardi Cup in Havana crewing for the legendary Durward Knowles. Then at 19, he placed second in the Star US Olympic Yachting Trials and was named the team’s alternate in the 1952 Olympic Games in Helsinki and repeated the role in Tokyo in 1954. In 1975 in Chicago he won the Star World Championship in a fleet of 73 boats. Schoonmaker is a 12-time Star Continental Champion and the 1971 Rolex Yachtsman of the Year.

Gary Jobson, NMHS overseer and America’s Ambassador of Sailing, will present the award to Mr. Schoonmaker in absentia. The presentation will be shared via a special video created by Richardo R. Lopes, award-winning documentarian and NMHS vice chairman.