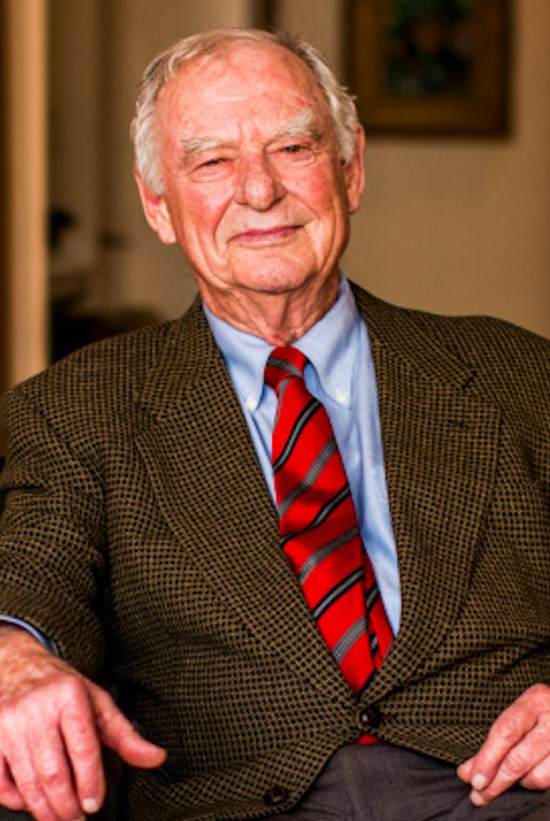 Gerry Lenfest (1930–2018) grew up in Scarsdale, New York, and on a farm in Hunterdon County, New Jersey. He was a graduate of Washington and Lee University and served two years in the US Navy and 24 years in the Navy Reserve. He regularly attributed his success, in part, to values instilled during his time in the Navy. He earned a law degree from Columbia Law School and initially began a career in law before joining Triangle Publications, Inc., in 1965. When his company was selling off its cable television assets in 1974, he and a pair of investors bought them and proceeded to grow their new company—Lenfest Communications. By 2000, it was one of the top twelve cable television companies in the country; the multi-billion sale of Lenfest Communications to Comcast made Mr. Lenfest his fortune, which he then gave away to worthy causes over the rest of his life. He was an adamant supporter of the free press; he purchased the Philadelphia Inquirer, Philly.com and the Daily News as a way to support local press and help move them into the digital age.

Well-known for his financial support of education, the arts, ocean stewardship and heritage programs, he and his wife, Marguerite, signed the Gates Foundation’s Giving Pledge, “a commitment by the world’s wealthiest individuals and families to dedicate the majority of their wealth to philanthropy.”

Lenfest had a special place in his heart for the oceans and maritime heritage and The Lenfest Ocean Program funds scientific research on policy-relevant topics concerning the world’s oceans focusing on the environmental, economic, and social impacts of fishing, fisheries management, and aquaculture and provides the results to stakeholders and decision makers.

He understood that the survival of our maritime history and culture depends greatly on finding tangible links to our past achievements in maritime pursuits for future generations. What better way than to preserve and restore the ships and vessels whose histories tell the story of this country? Financing ships, which are immensely expensive to restore and maintain, is a great gamble and an act of faith, and takes a philanthropist with vision and courage. He contributed to the restoration of the 1894 schooner Ernestina-Morrissey, a veteran of the fishing trade, World War II, Arctic exploration, and journeys between the United States and Cape Verde, now dedicated to sail training and carrying the heritage of her sailing career to new generations. His donation to the SS United States Conservancy enabled the group to purchase the famed ocean liner United States from her last owner, Norwegian Cruise Line, and to help keep her afloat while they pursued a long-term plan of restoration and conversion to a multi-use venue and museum.

The Society recognized Lenfest with its NMHS Distinguished Service Award for his generosity in working to save America’s iconic ocean liner SS United States, his sizable donation towards the restoration of Ernestina-Morrissey, and his key role in the building of the new Museum of the American Revolution in Philadelphia.