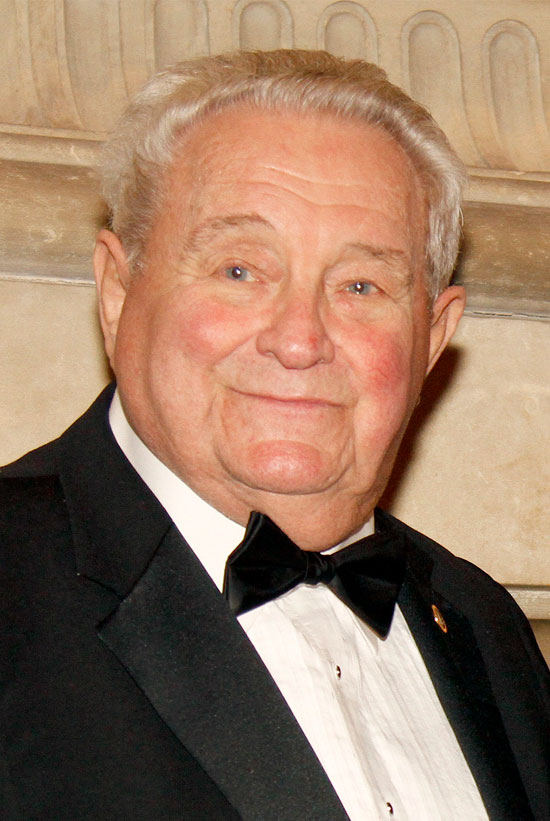 Howard Slotnick dedicated much of his life to the success and financial stability of the National Maritime Historical Society that he so loved. Howard’s leadership, tireless efforts, and support were invaluable to NMHS, and to the entire maritime heritage community. Throughout his life, he acted on the unwavering belief that a deep understanding of history is the strongest foundation for the future.

Born and raised in Brooklyn, New York, Slotnick started sailing as a teenager. While he had built a successful business in automobile leasing, his love of sailing never diminished. For more than twenty years, he owned a beautiful 35-foot yawl named Carousel, in which he enjoyed sailing with friends and family in Long Island Sound and along the New England coast.

Slotnick’s introduction to the National Maritime Historical Society came through an interaction with the late Peter Stanford, the Society’s president emeritus, at South Street Seaport Museum when it was still in its infancy. Stanford signed him up for the Friends of South Street’s infamous one-dollar introductory membership. After a few meetings, he found himself recruiting interest for the museum at a local boat show, eventually joining the board in 1970, a position he would hold for nearly 30 years.

In the early 1970s, as the nation was gearing up to celebrate its bicentennial, someone floated the idea of a tall ship festival in New York Harbor as a fitting celebration to be modeled along the lines of the 1964 Operation Sail event. Howard flew to Europe on his own dime to recruit ships to participate. His first stop was a tall ship event in the German port city of Gravemounds, where he approached ship captains about crossing the Atlantic to join in the bicentennial event. Howard recalled: “The minute we said ‘New York,’ their eyes all opened up!” He traveled to England a year later, and in Portsmouth he got onboard the Russian training ship Kruzhenstern, the beginning of a lifelong special relationship with that ship. Howard’s efforts were in no small part responsible for the success of the Topsails events that followed. In 2000 he served as chair of OpSail Miami, drawing fourteen major ships and hundreds of thousands of spectators.

Howard became involved with the National Maritime Historical Society in its early years, becoming a trustee in 1976 and later serving as treasurer and chairman. His first stint as treasurer came during this early period in NMHS history: “I was a great treasurer. We had no money, though,” he would often say with a chuckle. Howard represented NMHS at outreach events all across the country and internationally. He could be counted on to step up whenever the need arose without hesitation.

Of all the ships Slotnick sailed with or helped preserve, or supported, none were as close to his heart as the US Coast Guard Barque Eagle, which he came to know from his work with OpSail. He became an unofficial ship’s ambassador, getting to know and sailing with successive Eagle commanding officers over the years and in turn introducing them to captains of the other training ships when Eagle would be in foreign ports. He attended most, if not all, Eagle change-of-command ceremonies and many US Coast Guard Academy graduation ceremonies since his introduction to the ship.

NMHS honored Howard in 1998 with the Society’s Distinguished Service Award, and in 2014 with the David A. O’Neil Sheet Anchor Award, in recognition of his extraordinary leadership in building the strength and outreach of the Society and in advancing its mission.