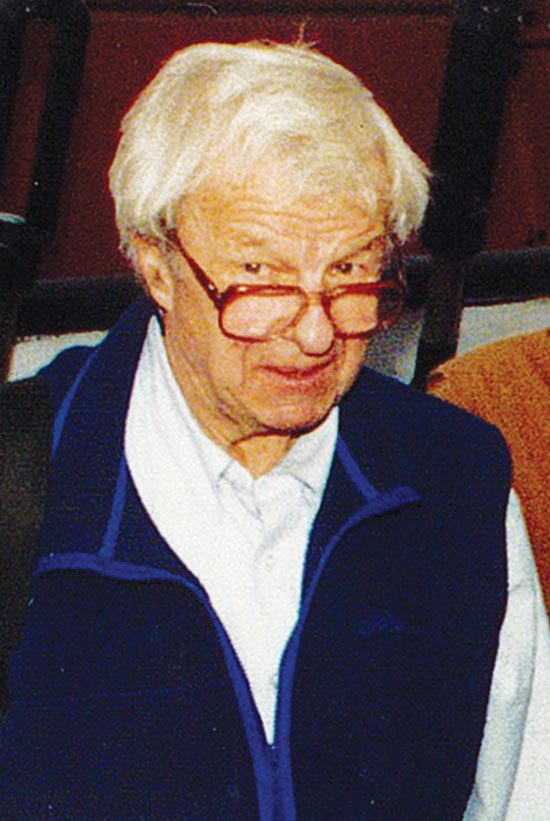 Jakob Isbrandtsen’s love for sailing and the sea permeated his whole life; what stemmed from that passion is his legacy.

After serving in the US Coast Guard in both the Atlantic and Pacific theaters in World War II, Isbrandtsen went into ship chartering, and then joined his father in the shipping business, taking over as head of Isbrandtsen Company upon his father’s death in 1953. He oversaw the business during the industry’s transformation from break-bulk shipping to containerization and led the company through a merger with American Export Lines. In the early 1970s, he returned to ship chartering and maritime arbitration before his retirement.

Born in Brooklyn New York and long connected to the port of New York, Isbrandtsen put life into Peter Stanford’s vision of a maritime waterfront development and as the founding chairman of the South Street Seaport Museum, dedicated to the preservation of New York’s maritime history. Isbrandtsen financed the purchase of the windjammer Wavertree, the museum’s first ship, and he arranged the real estate deals that allowed the museum to buy Schemerhorn Row, a historic trading district located just a few blocks north of Wall Street. These transactions resulted in the preservation of what is now the iconic South Street Seaport Historic District. He established the Ship Trust of New York, Inc., in support of the volunteer restoration of historic ships, which included the Wavertree and a small fleet of working harbor vessels. Wavertree was a labor of love for Isbrandtsen, and there was no task he considered beneath him, from mucking out bilges to working the phones to gather support—whatever the ship needed.

A sailor and fixture on the big boat circuits of the 1950s and 1960s, Isbrandtsen was a Commodore of the Storm Trysail Club and started the Block Island Race Week. In 1961 he served as Captain of the American Admirals Cup team on Windrose winning over Great Britain France, Holland, and Sweden. He also sailed with Bus Mosbacher, Dick Bertram, Ted Hood and Don Mathews aboard VIM during the 1958 America’s Cup trials. In the late 1960’s he commissioned Sparkman & Stephens to design a racing sloop and in 1969 Running Tide made her debut, winning the Bermuda race in 1970 and SORC in 1971.

The 1885 ship Wavertree has a well-documented and fascinating history. Built in Southampton, Great Britain, she circled the Earth four times in her career, carrying a wide variety of cargoes. The ship called on New York in 1896, no doubt one of hundreds like her berthed in the city. In 1910, after thirty-five years of sailing, she was caught in a Cape Horn storm that tore down her masts and ended her career as a cargo ship. She was salvaged and used as a floating warehouse and then a sand barge in South America, where the waterfront workers referred to her as “el gran Valero,” the great sailing ship, because even without her masts she was obviously a great windjammer. She was saved by the Seaport Museum in 1968 and towed to New York to become the iconic centerpiece of the “Street of Ships” at South Street. The 130-year-old Wavertree, built of riveted wrought iron, is an archetype of the sailing cargo ships of the latter half of the 19th century that during the “age of sail” lined South Street by the dozens, creating a forest of masts from the Battery to the Brooklyn Bridge. The $13 million restoration of Wavertree was managed by the Department of Design and Construction, and fully funded through the City’s Department of Cultural Affairs with support from the Mayor’s Office, the City Council, and Manhattan Borough President’s Office. Restoration work took place at the Caddell Dry Dock in Staten Island. Five months out of the water were spent on extensive hull repairs; along with replacement of two of the ship’s decks and a massive rigging restoration, the project will return the vessel to the condition she was in when she last sailed in 1910.