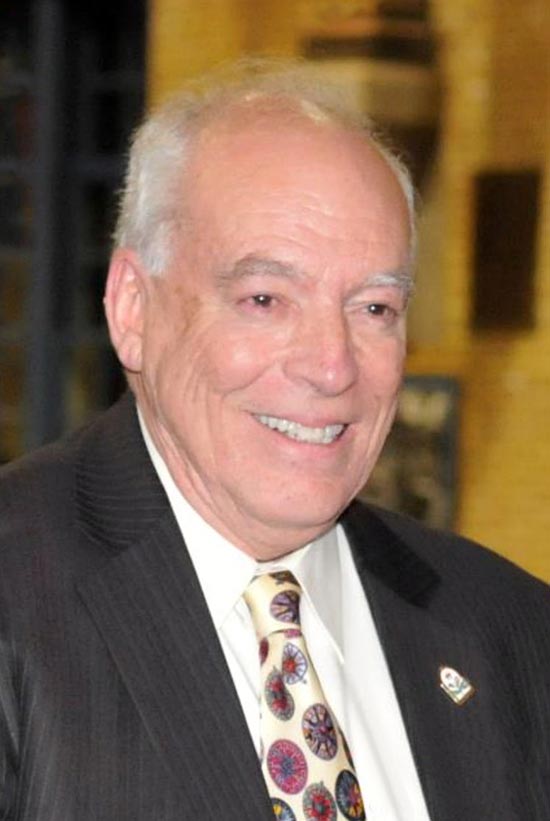 In 2010, James W. Cheevers was awarded with the Robert G Albion/James Monroe Award at the National Maritime Awards Dinner. We recognized his many accomplishments in the evening’s awards dinner journal:

James W. Cheevers receives the NMHS Robert G. Albion/James Monroe Award for exemplary achievement in maritime historiography, given in recognition of his long and distinguished career at the U. S. Naval Academy Museum caring for and building this national resource during his 40-year tenure as curator of the collections. Cheevers’ stewardship over the collections has made available valuable educational resources for a generation of maritime scholars and countless midshipmen. The Society recognizes his years of service to the Historic Naval Ships Association, his guardianship of the tomb of Commodore John Paul Jones, and his oversight of the multi-million dollar restoration of the facility.

Jim went to the College of William and Mary where he majored in history and received a degree in 1963. Planning to teach, but wanting to deal with his military obligation, he tried the Navy first, but a medical condition, a spot on a lung from a bout with pneumonia, prevented him from acceptance for naval officer candidate school. He instead volunteered for the draft and went into the US Army. While serving in headquarters company, Second Infantry Division, Fort Benning, GA, he took over the division’s historical center, and fell into museum work. Within a few months, with the help of the post engineers and a few friends, he renovated the two buildings and courtyard between them into a functioning museum. When he took off his soldier’s uniform, he was hired as the first civilian curator for the US Army Infantry Museum on the main post at Fort Benning.

In 1967 Cheevers started work at the Naval Academy as Curator of Collections, which meant everything but ship models, was promoted to Senior Curator in 1971 and to Associate Director in 1982. He has worked helping to manage the extensive collection of art and artifacts relating to the history of the US Navy with an emphasis on its officer corps and the history of the Naval Academy itself and its alumni. He has advised on thousands of objects added to the collection and probably four times as many that were rejected and referred to other museums.

During his first 30 years, he organized some 78 special temporary exhibitions to keep the four year captive audience of midshipmen coming back for visits and for learning. Among his favorites: “20th Century Man in Space: 15th Century Man at Sea,” a comparison of the first 100 years of terrestrial exploration from Prince Henry the Navigator to Magellan with the Mercury, Gemini, and Apollo space programs in which Naval Academy alumni participated; “The American Colonial Wars at Sea,” ten mostly forgotten wars in which the Royal Navy, represented in the Museum’s Rogers Ship Models, Storer Medals, and Robinson Prints, protected America’s shores; “The Art of Henry Reuterdahl,” the naval editor and illustrator of Collier magazine who would serve in the Navy as a “paint slinger” during and after World War I doing recruiting posters and covering events such as the first trans-Atlantic flight; “The Ships of John Paul Jones by William Gilkerson,” featuring the work of the living marine artist and his collection of weapons and objects used for studies in doing his art; “Huzzah! For Constitution: Popular Prints and Souvenirs of Old Ironsides,” in association with the USS Constitution Museum and explaining how the ship became a popular national symbol and how it has maintained that status to the present time.

“The Navy cherishes its history and traditions. It’s people like Jim Cheevers who impress upon the future leaders of the Navy the significance of our great heritage as a part of our core values. Not only does he provide an invaluable service to naval history in his capacity at the Naval Academy, he has served as an outstanding ambassador for us outside the walls of the academy. Through his work with organizations such as the Historical Naval Ships Association, National Maritime Historical Society, and Naval Historical Foundation, the general public has a better appreciation for its maritime past.”