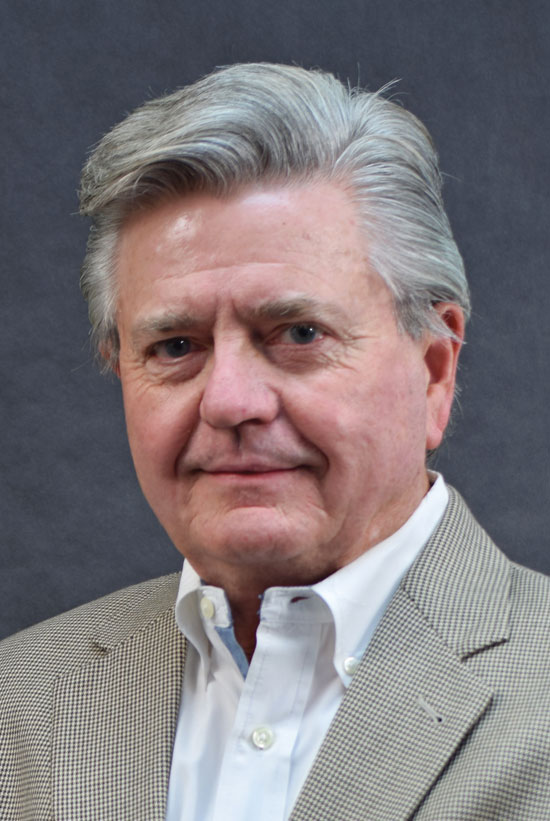 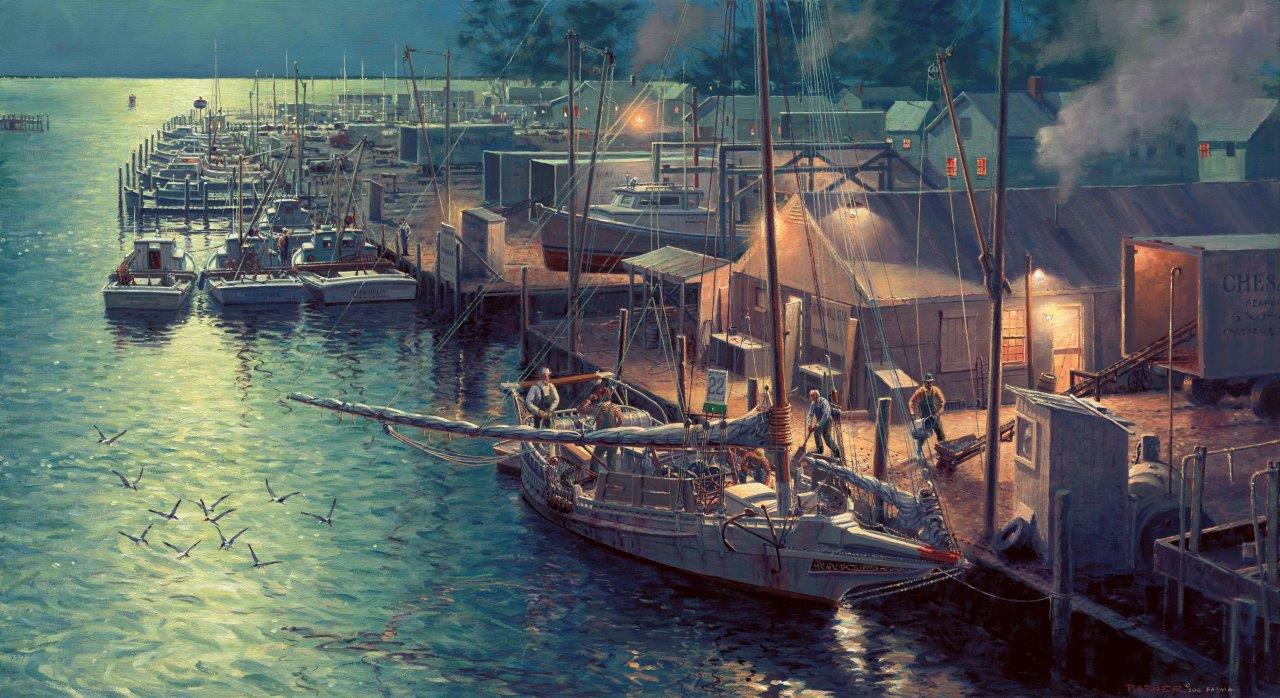 In 2009, John M. Barber was awarded with the NMHS Distinguished Service Award.  We recognized his many accomplishments in the evening’s awards dinner journal:

John Barber’s art captures the vanishing era of the Chesapeake Bay and his environmental efforts help restore and preserve it. He has painted the Chesapeake Bay and the Eastern Seaboard for three decades. Although he has also become known for his cityscapes and architectural art, Barber is renowned for his maritime subjects, primarily the Chesapeake and its vanishing way of life. In his oils and prints one often finds the Bay’s few remaining oyster dredging skipjacks and other traditional vessels, lighthouses and harbors.

John Barber’s love for the Chesapeake Bay is reflected not only in his art, but also in his environmental and philanthropic endeavors. He has been deeply involved in efforts to preserve the Bay’s ecology and heritage, serving on the board of the Chesapeake Bay Foundation. Through donations of his art and copyrights, nearly half a million dollars have been raised for non-profit conservation groups concerned with preserving the Chesapeake Bay.

Russell Jinishian, the nation’s leading authority on contemporary marine art, praises the artist’s technical skill and painstaking attention to detail. “Many artists paint skipjacks,” he explains, “but John’s emotive depth puts him on another level entirely.”

In 1985, he was commissioned by the National Geographic Society to create a piece for then-President Ronald Reagan; he has also painted for the Clinton administration. One of the artist’s most memorable projects was sailing from Annapolis to Martha’s Vineyard with NMHS Overseer Walter Cronkite aboard his sailing yawl Wyntje in order to paint the famed newscaster’s yacht entering Edgartown harbor.

Barber is a Fellow of the American Society of Marine Artists and author of John M Barber’s Chesapeake.

As I have done for more than forty years, I continue to paint the vanishing and threatened scenes of our Chesapeake Bay and the major rivers in her watershed. When I began this work in the late 1970s most of the vessels that “worked the water” were locally built wooden boats. The sail driven skipjacks filled the skies with canvas and the bounties of our waters were plentiful. Today, fiberglass and other modern materials have replaced the native woods originally used. There are fewer “watermen” willing to take on the labors of their fathers and grandfathers. These newer generations have moved away from their waterfront communities to seek work in the city. Today I find myself reflecting on past days and recreating paintings of simpler times on the Chesapeake.