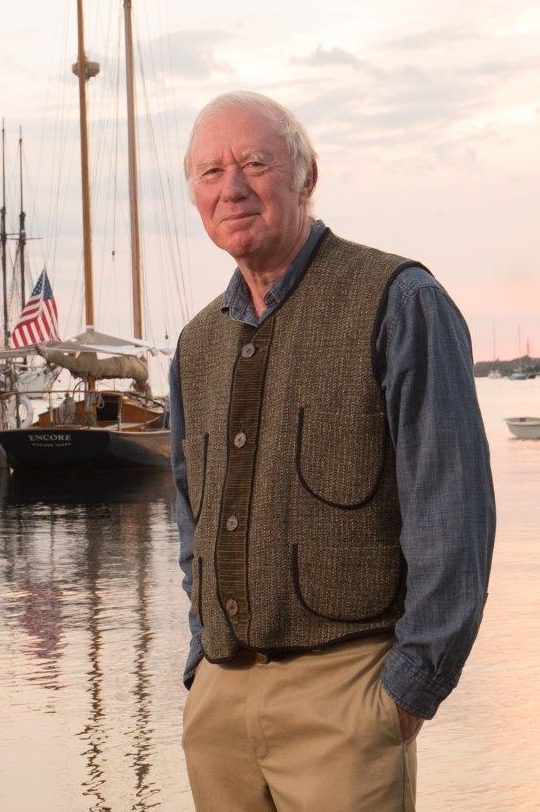 Following the publication of my Sea History article in 2011, I continued as Ships Historian and a major Gifts Officer for the Charles W. Morgan project, giving presentations and soliciting support around the country through the summer of 2014 when the vessel successfully returned to Mystic. I was one of several interviewees for the documentary film “The Charles W. Morgan” that was broadcast nationally on PBS stations in 2014. Since 2015 I have worked with the Schooner Ernestina-Morrissey Association’s (SEMA) advocacy for total rehabilitation, now well underway, of this 1894 National Historic Landmark and Official Vessel of the Commonwealth of Massachusetts. I was the lead consultant on the exhibit contents for The Vineyard Trust’s new Cultural Heritage Center, “The Carnegie” on Martha’s Vineyard, which opened in 2018. I also consulted on a Nantucket Historical Association exhibit on Nantucket’s transition from a whaling port to a seasonal destination.  I wrote an article for WoodenBoat magazine in 2018 on the design and construction of a traditional round stern wooden motor launch by the Gannon and Benjamin Boatyard.

I currently serve on the Board of the USS Constitution Museum, as a member of the President’s Advisory Council at Mystic Seaport, and a past President and Honorary Director of Sail Martha’s Vineyard. I am passionate about the powerful portal that museums, and especially authentic vessels and artifacts, have in bringing the past to the present and the future.