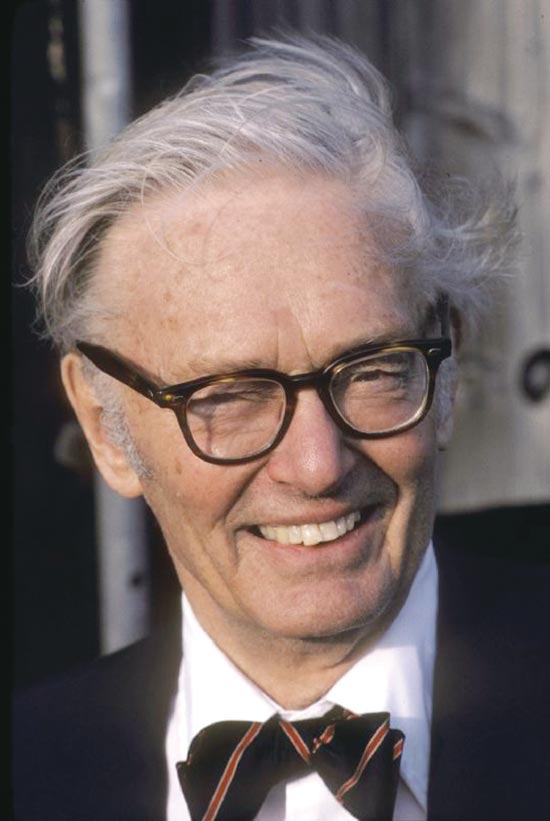 Olin James Stephens II (1908–2008) was an American yacht designer of the 20th century who lived during one of the most exciting eras in the sport of sailing. His signature has been stamped on the drawings of more than 2,000 boats—including eight America’s Cup winners—in a career that spanned more than 50 years.

Stephens was brought up in New York, but he spent his summers with his brother Rod, learning to sail on the New England coast where he developed a passion for sailing and boats that took him to the Massachusetts Institute of Technology. He attended one semester and then joined a working yacht design company. He worked with Henry J. Gielow, and then Philip Rhodes. In 1928 a partnership was arranged with Drake Sparkman, a yacht broker.

In November 1929, Sparkman & Stephens Inc. was formally created with five partners: Drake Sparkman, James Sparkman, James Murray, Olin Stephens, and his brother, Roderick Stephens. Within a year the firm designed the ocean racer Dorade that won the 1936 Transpac race, finishing first, first in class and first overall. This brought the design team to the attention of the players in the America’s Cup and by 1937 Sparkman & Stephens were drawing the elegant J-Class designs which culminated in Ranger, the defender of the 1937 America’s Cup. Several other America’s Cup boats were designed by Sparkman & Stephens including Columbia, Constellation, Freedom, Intrepid, and Courageous.

Stephens retired in the 1980’s after a design career lasting more than 50 years. He is remembered as a legend to whom many current yacht designers pay tribute as an innovator and original thinker.