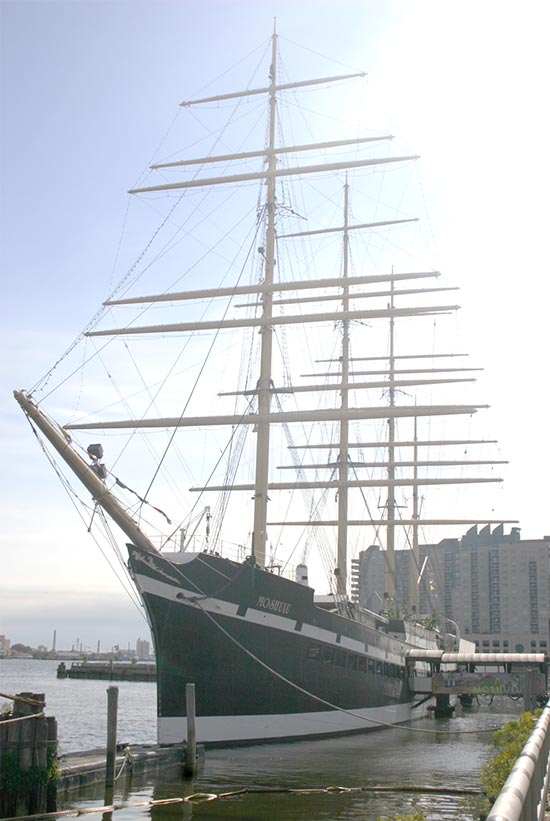 Raymond E. Wallace (1917–1999)
As a marine artist and historian, naval architect and prominent yachtsman, honorary trustee and patron of NMHS and board member of the Los Angeles Maritime Museum, Ray Wallace’s professional and personal commitment to seafaring was renowned. At the age of fifteen Ray joined the Stranger expedition for 3 years as a Sea Scout exploring Alaska, Central and South America, and the South Pacific. He became navigator, quartermaster and cartographer on that voyage, finishing high school on his return. After several years as a newspaper staff artist, he entered the US Coast Guard in WWII. He then opened Raymond E. Wallace Special Productions, an advertising and design firm. His design of the sailing ship Columbia at Disneyland began a career of involvement in the theme park business. Throughout his life Ray contributed his time and talent to training and supporting youngsters in the art of seafaring. He provided unique opportunities in sailing and in the art profession, inspiring and encouraging his proteges. His contributions to the maritime heritage include recreation of the brig Pilgrim, work on the steel bark Moshulu, and other projects recorded in these pages. The Wallace family enjoyed a lifetime of sailing, including transPacific races, transAtlantic voyages and countless crossings to the Channel Islands, particularly to his beloved Howland’s Cove at Catalina.—CAPT. Fred Hawkins (adapted) SH 89:43