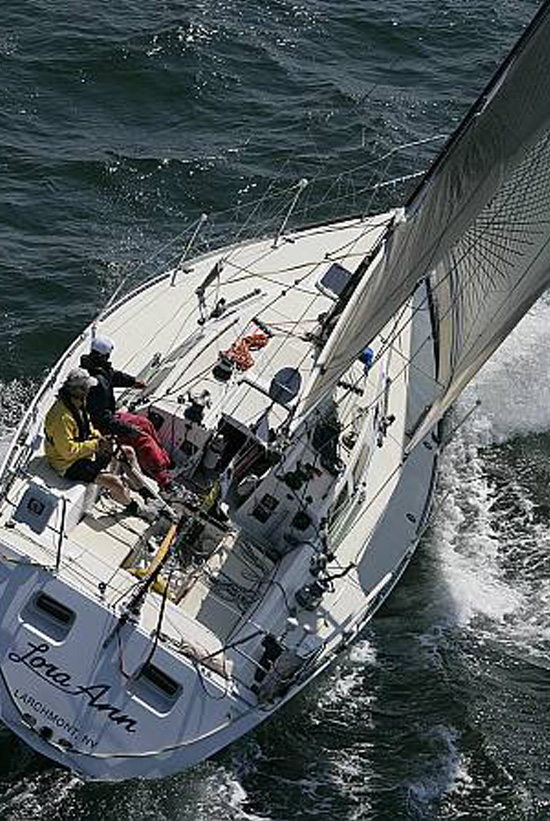 In 2012, Richard du Moulin was awarded with the NMHS Distinguished Service Award.  We recognized his many accomplishments in the evening’s awards dinner journal:

Richard du Moulin, award-winning yachtsman and NMHS Overseer, has participated in several America’s Cup campaigns, six Transatlantic Races, and 25 Newport-Bermuda Races. He is a four-time winner of the double-handed class in the Newport-Bermuda Race aboard his 37-foot racing yacht, Lora Ann; Her Royal Highness, Princess Anne, presented his trophy in the 2006 competition.

Du Moulin is chairman of the Storm Trysail Foundation and former chairman of the Seamen’s Church Institute of New York & New Jersey. He has been a trustee with the National Maritime Historical Society and a board member with the New York Yacht Club.

Currently, du Moulin is the president of lntrepid Shipping LLC, a position he has held since he founded the company in 2002 with Mark L. Filanowski. He is an advisor to Hudson Structured Capital and a member of the board of Teekay Tankers and Pangaea Logistics Solutions Ltd. Highlights from his distinguished career include 15 years at Ogden Marine Inc. (OMI) and, in 1989, he purchased Marine Transport Lines, the oldest shipping company in America. The company later became Marine Transport Corporation (MTC) with du Moulin as its chairman and chief executive officer. He was chairman of Intertanko; a former board member of Tidewater, Inc.; and served on the board of American Bureau of Shipping.

Du Moulin served in the US Navy and is a recipient of the US Coast Guard’s Distinguished Service Medal. He received a BA from Dartmouth College and an MBA from Harvard University.