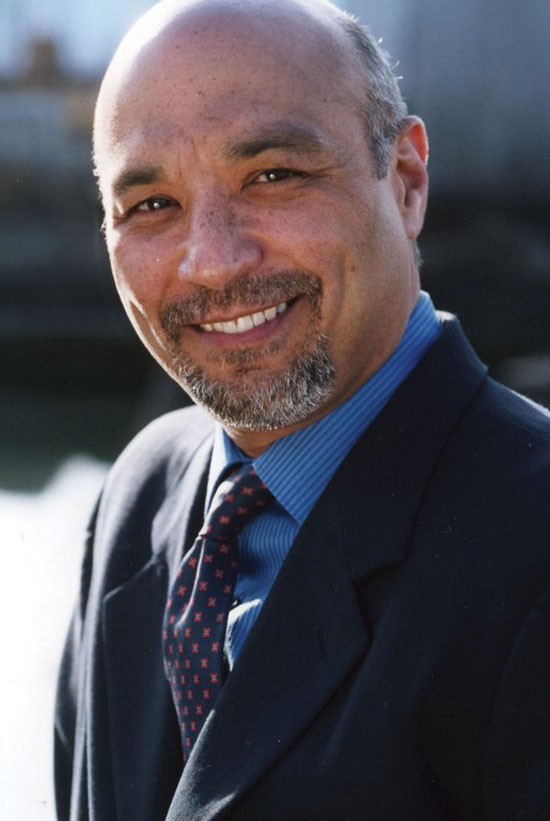 In 2013, Richardo Lopes was awarded with the David A. O’Neil Sheet Anchor Award at the Annual Awards Dinner. We recognized his many accomplishments in the evening’s awards dinner journal:

Rick Lopes discovered NMHS in 1982 when his uncle, who was very active in the repatriation and restoration of the schooner Ernestina (ex-Effie M. Morrissey), introduced him to “the legendary and enigmatic” Peter and Norma Stanford. As Mr. Lopes puts it: “the inexorable pull of the sea must have been too strong, for Peter either recruited me, or shanghaied me … to become an NMHS board member in 1984.”

A graduate of the University of Massachusetts with an MA in educational administration from Boston State College, Rick Lopes has worn many hats: teacher, juvenile court counselor, and educational community advisor. He has been the executive producer with the Lopes Picture Company, working with his brother, director Rob Lopes, and he is now executive producer/director with XXL Media. He has filmed over 2,000 commercials, internet content pieces, and educational and corporate promotional films, in locations spanning the globe, including the US, Canada, South Africa, Egypt, Mexico, Brazil, England, France, Spain and Italy. His projects have earned over a hundred industry awards, including an Emmy, the AICP-MOMA Show Award, recognition at the Cannes and New York film festivals, and the Clio. In addition, Rick has co-produced and directed 40 episodes of Great Decisions, a PBS foreign-policy series, with the Foreign Policy Association. Currently in post-production is a feature-length documentary film, co-production with the National Maritime Historical Society, Flight 1549-Miracles on the Hudson.

For Mr. Lopes, his interest in things maritime are intertwined with his passion for education and storytelling; he says: “We enjoy visiting maritime museums and historic ships; however, I’m always thinking about interviewing on camera the seamen, artisans, artists, writers and historians that I meet along the way.” This is evident in his service to NMHS; he has written an article appearing in Sea History magazine on the history of the schooner Ernestina, and he was the driving force behind the creation of the quarterly’s “Sea History for Kids,” best described in Lopes’s own words as a “wonderfully educational and entertaining section for kids at heart, of all ages.” His tribute videos of honorees at past NMHS awards dinners have given us an entertaining and enriched introduction to those individuals. He has also been active in the sustaining functions of the society, holding the posts of membership committee chairman, secretary, and treasurer, and he has served as vice chairman since 1992. For his active and enthusiastic support of NMHS, we are recognizing Rick Lopes with the NMHS David A. O’Neil Sheet Anchor Award for service to the Society.