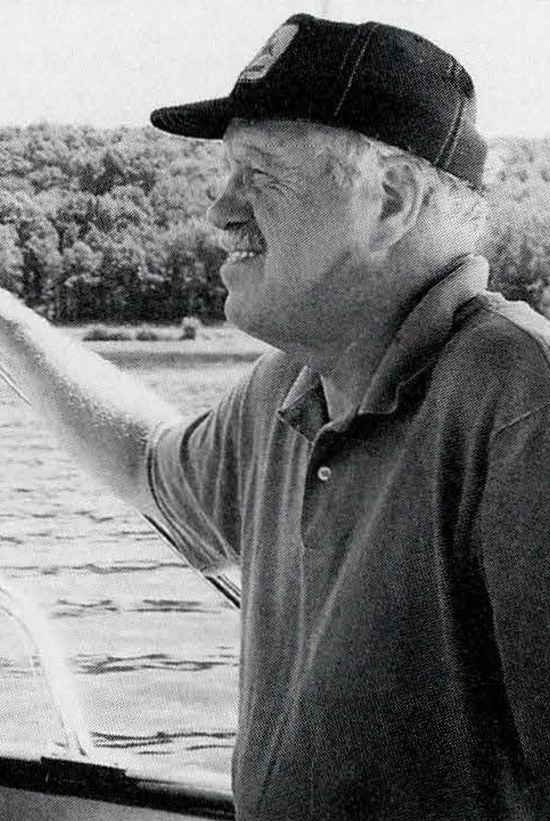 Schuyler Merritt Meyer, Jr. (1918–1997) was the founder of the State Council on Waterways (SCOW), a nonprofit devoted to improving New York’s waterways, enhancing access to them, and educating the public about their importance. The organization concentrated its efforts upstate, with emphasis on the state canal system and the original Erie Canal and today’s expanded, modern-day inland waterway. In 1991 under Meyer’s leadership, SCOW obtained permitting to operate the 1901-built, state-owned tugboat Urger as a floating museum and educational platform that traveled along the canal system with Capt. Meyer at the helm and a bagpiper on the bow. Thousands of elementary school children came on board to learn about the canal. Today the New York State Canal Corporation operates the tugboat Urger as its official ambassador and focal point of its educational program.

Meyer was a past chairman of the National Maritime Historical Society. A native of Manhattan, he graduated from Yale College in 1940 and served in the Navy in World War II, rising to the rank of commander of ATR-1 Class Rescue Tug. He served chairman of the Edwin Gould Foundation for Children from 1966 until a few years before his death he was the president of the charity, which was endowed in 1923 by the son of Jay Gould, the financier, to promote the welfare of children and improve their living conditions and education. Meyer also founded of the George Bird Grinnell American Indian Children’s Fund in 1989. Named after his great-uncle, the naturalist and ethnologist, the fund provides educational opportunities and other assistance to American Indian families.