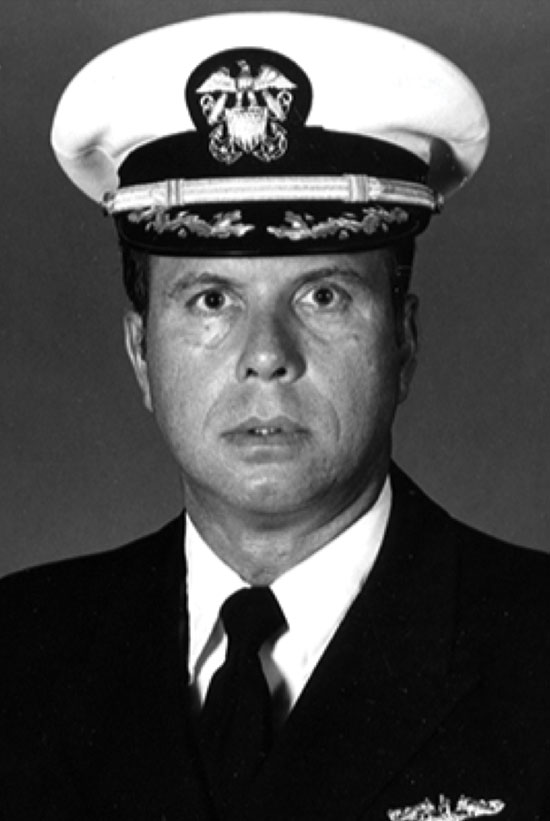 The Service Appreciation Award is presented in gratitude to recognize the extraordinary effort and selfless service of those who volunteer their time and expertise for the advancement of the Society.

Captain “Brad” Smith, USNR (Ret.), passed away peacefully at home on 25 September 2019 after a courageous 18-year battle with cardiac disease with his wife, Stephanie, and hospice nurse, John Steinman, by his side.

Brad was born in Denver, CO, on 17 May 1940 to Irene Wiggins Smith and Harold Smith. His dad owned newspapers, and the family relocated often. Brad lived his high school years in Blackfoot, ID, graduating from Blackfoot High School. After graduation, Senator Frank Church, (known as the Environmental Senator from Idaho) selected Brad to enter the Naval Academy.

In 1962, just prior to graduation from USNA, Brad was selected by Admiral Hyman G. Rickover to join the Navy’s nuclear operations and attend Nuclear Power School, then serving for nine years on nuclear submarines. Brad joined the Navy Reserves in 1971 serving 20 years. He also completed a Harvard University MBA in 1973. Brad served as a National Maritime Historical Society trustee. Brad loved sea history and supported education of students on the value of the sea and its story.

Though he had many accomplishments, Brad entertained family and friends with his quick wit and clever sense of humor. He had a special place in his heart for Brandy, the little abused cocker spaniel he rescued and restored to good health and peace. They were a love duo.