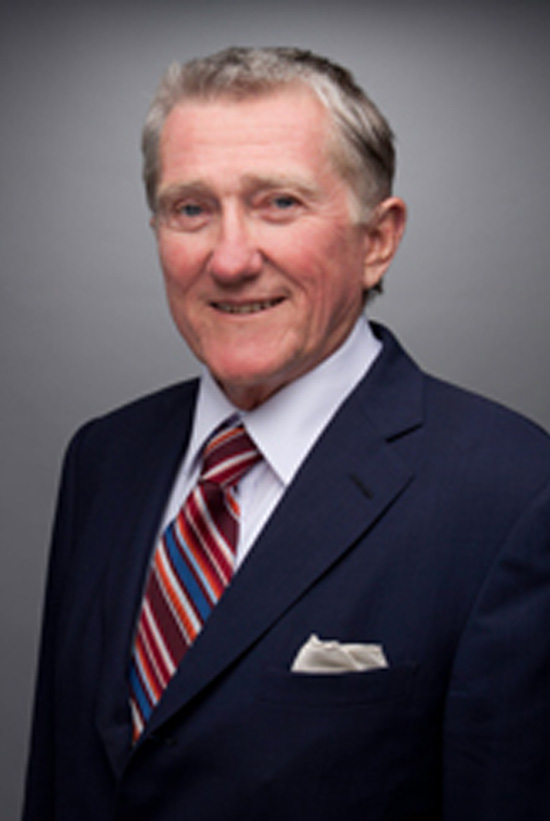 In 2008, The Honorable John F. Lehman was awarded the NMHS Distinguished Service Award.  We recognized his many accomplishments in the evening’s awards dinner journal:

John F. Lehman was born on 14 September 1942, in Philadelphia, Pennsylvania. After graduating with a Bachelor of Science degree from St. Joseph’s University, Philadelphia, in 1964, he attended Cambridge University, earning a BA and an MA, followed by a PhD from the University of Pennsylvania in 1974. While at Cambridge, Dr. Lehman served in the Air Force Reserve, leaving in 1968 to join what was then the US Naval Reserve, attaining the rank of commander.

Dr. Lehman first worked for a financial-services firm and then later headed the Abingdon Corporation, a lobbying firm, until his appointment in 1981 to the position of Secretary of the Navy by President Reagan. During his six-year tenure as Secretary, Dr. Lehman eliminated the Navy Material Command, streamlining the navy’s bureaucracy, and his support of competition among suppliers reduced the cost of ships and airplanes. He was the only Secretary of the Navy to maintain his service in the Naval Reserve, and he was promoted to the rank of captain in 1989.

In 1992 Dr. Lehman founded the New York-based investment firm J. F. Lehman & Company, where he serves today as founding partner. He is chairman of the Princess Grace Foundation USA, a member of the Board of Overseers of the School of Engineering at the University of Pennsylvania, and an Overseer of the National Maritime Historical Society.

Dr. Lehman is receiving the NMHS Distinguished Service Award in recognition of his advocacy on behalf of our maritime heritage, including supporting the Ocean Technology Foundation’s Bonhomme Richard project, sending out expeditions in search of John Paul Jones’s famous ship, sunk in the North Sea in 1779; and the campaign to find a new steward for Commodore Dewey’s flagship USS Olympia. He initiated the creation of the historic model museum at the US Naval Academy, and worked with the Pepys Library in Cambridge to locate priceless builders models, owned by Samuel Pepys, lost and forgotten in a US Navy basement; they are now on display at the Naval Academy. Dr. Lehman has written three books: Command of the Seas, a memoir of his six years as Secretary of the Navy; On Seas of Glory: Heroic Men, Great Ships, and Epic Battles of the American Navy; and Making War.