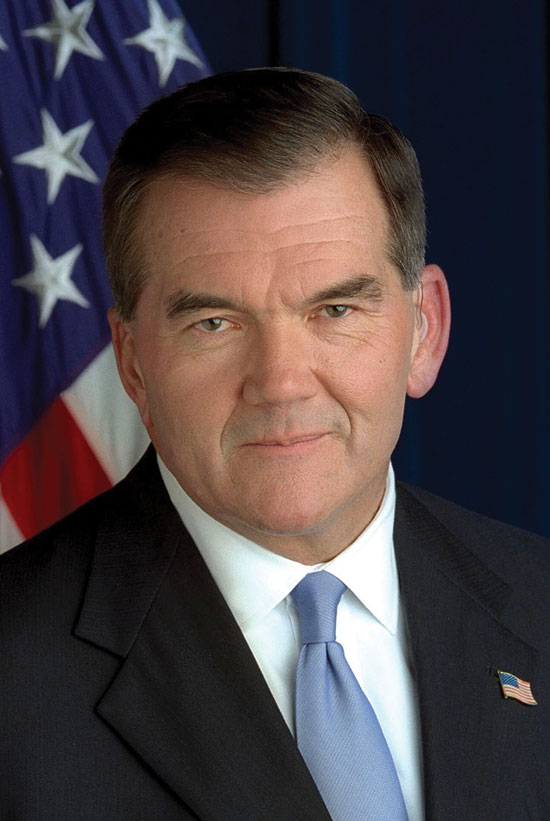 In 2019, The Honorable Tom Ridge was awarded with the National Coast Guard Museum Association’s Alexander Hamilton Award.  We recognized his many accomplishments in the evening’s awards dinner journal:

Ridge is recognized as one of our nation’s most distinguished leaders for his record of public service as a former soldier, congressman, governor of Pennsylvania, and in the critical role as the first US Secretary of Homeland Security following the tragic events of September 11th, 2001. As the first secretary of the country’s 15th Cabinet department, Ridge led the difficult task of making America secure in the wake of the deadliest terror attack on US soil. This included developing a unified national response, instituting sweeping air, land, and seaport security strategies, while integrating 180,000 employees from 22 agencies—including the US Coast Guard—to protect critical infrastructure, integrate new technology and improve information-sharing worldwide.

Upon reflection, Ridge commented: “I had the opportunity to be secretary of the Coast Guard when I served as Secretary of Homeland Security. There is no organization in the federal government that does more with less—that has more tasks and responsibilities and missions and trains the men and women to do all of them very, very well. We have to elevate the history, the tradition, and the service of the Coast Guard.”

Ridge is the founder and chairman of Ridge Global, LLC, a Washington, DC-based security consulting firm that provides solutions to cyber security, international security, and risk management issues. He also is partner at Ridge Policy Group, a bipartisan government relations firm. Gov. Ridge serves as the board chairman of the National Organization on Disability and holds board positions on other private and public entities.

Ridge was twice elected governor of Pennsylvania, serving from 1995 to 2001 and is credited with developing a successful technology strategy that advanced economic development, education, healthcare, and the environment.

He graduated from Harvard with honors. After his first year at Pennsylvania State University’s Dickinson School of Law, he served in the US Army as an infantry staff sergeant in Vietnam, earning the Bronze Star for Valor, the Combat Infantry Badge and the Vietnamese Cross of Gallantry. After returning to Pennsylvania and to Dickinson, he earned his law degree and entered private practice. In 1980, he became assistant district attorney in Erie County, Pennsylvania. He became one of the first Vietnam combat veterans elected to the US House of Representatives, where he served six terms from 1983 to 1995.