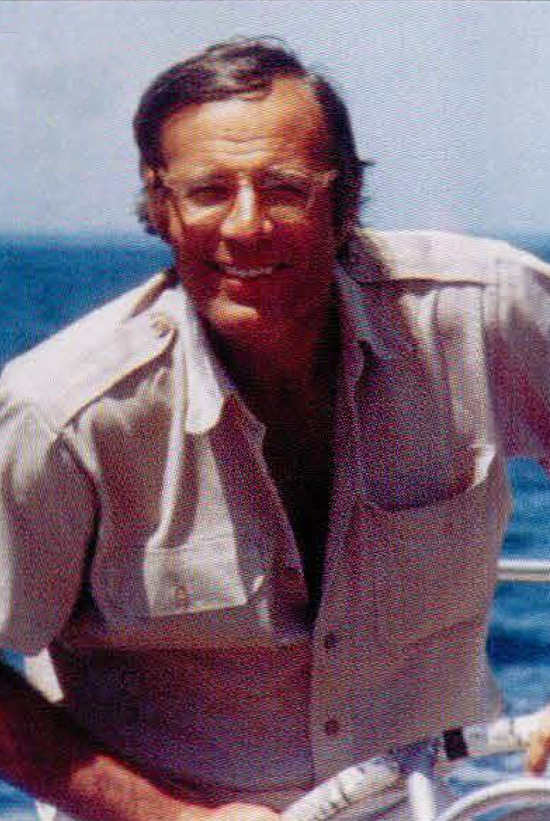 A National Maritime Historical Society trustee since 2003, Thomas F. Daly of Rumson, New Jersey served on the NMHS executive committee and on the organizing committees for both the New York and Washington Annual Awards dinners, helping to make these key events successful for NMHS and unique experiences for attendees. He helped codevelop and lead the audit process at NMHS, contributing significant time and conference room space to the Society. As a new trustee, Tom arranged for a memorable NMHS trustee tour of New York harbor on the Sandy Hook pilots’ cutter New York, and, in 2007 he was our featured speaker at an NMHS Charles Point Council seminar, sharing his extensive knowledge of the history of piloting. In 2012 we honored him with the David O’Neil Sheet Anchor Award in recognition of his years of service and the many ways he had contributed to the Society.

Daly graduated from Lafayette College in Easton, Pennsylvania, with a degree in economics. He served in the US Army and went on to work for the Intergovernmental Committee for European Immigration while stationed in Madrid. He earned a law degree from Georgetown University and was a longtime partner of the law firm of McCarter & English. Daly lectured extensively on aviation, maritime law and trial procedures and was an adjunct professor of maritime law at Rutgers University Law School, as well as a Fellow of the American College of Trial Lawyers and the International Association of Barristers. He was a member of the International Association of Defense Council, the Maritime Law Society, and a Fellow of the American Bar Foundation.

A graduate of the Advanced Ship Handling program at the Massachusetts Maritime Academy, Daly held a merchant marine master’s license with an unlimited radar observer endorsement. He also earned an airman’s license at age 18, training which proved invaluable when he represented airlines, airframe, and engine manufacturers.

Of his lifelong interest in boating, Daly was to have said, “It seems I had saltwater coursing through my veins since early childhood: I learned to swim at three, and to row at five. I got my first sailboat at age eight and my first power boat at ten—a 14-foot flat-bottom boat with an Elgin engine. My first voyage in this boat was between Sea Bright, New Jersey, and the Statue of Liberty.”