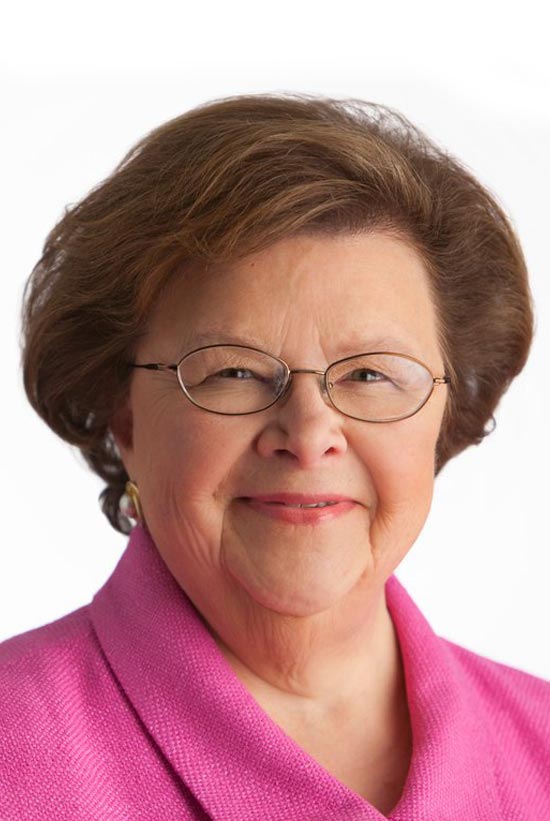 In 2015, US Senator Barbara Mikulski was awarded with the NMHS Distinguished Service Award.  We recognized her many accomplishments in the evening’s awards dinner journal:

Born and raised in Baltimore, MD, Barbara Mikulski attended Mount Saint Agnes College, which is now a part of Loyola University Maryland. After receiving a BA, she earned an MSW degree from the University of Maryland School of Social Work in 1965, and entered the field of social work. Ms. Mikulski became involved in the campaign against a Baltimore plan to raze historic neighborhoods and build an expressway through the city, and helped form the Southeast Committee Against the Road (SCAR) to oppose the project. They eventually won that battle. The introduction to community activism inspired Ms. Mikulski to run for Baltimore City Council; she was elected in 1971 and served five years.

In 1976 Ms. Mikulski successfully ran for US Congress. She served on the Merchant Marine & Fisheries Committee, where she could have a voice on legislation affecting the Port of Baltimore, and on the Energy and Commerce Committee. In 1986 she was elected to the US Senate; she became the first Democratic woman to hold a Senate seat not previously held by her husband, and she was the first Democratic woman ever to have served in both Houses of Congress. In 2012 she became the first woman chairman of the Senate Appropriations Committee, a position she held until 2015, when the Republican party attained a majority in the Senate; she is currently the committee’s Vice Chairwoman and Ranking Member. Senator Mikulski serves on the Appropriations Subcommittee on Defense, the Subcommittee on State, Foreign Operations, and Related Programs, Subcommittee on Transportation, Housing and Urban Development, and Related Agencies, and Subcommittee on Labor, Health and Human Services, Education, and Related Agencies. She is also Ranking Member of the Subcommittee on Commerce, Justice and Science, and a senior member of the Health, Education, Labor and Pensions (HELP) Committee and the Senate Select Committee on Intelligence.

Senator Mikulski is known for her advocacy on behalf of women and seniors, and for advocating for the state of Maryland—including the environmental health of the Chesapeake Bay and the maritime industry. The International Organization of Masters Mates and Pilots president Don Marcus said of Sen. Mikulski: “We are greatly indebted to her for her many interventions in Congress on behalf of our industry. We salute her efforts to preserve the US-flag fleet, along with her impressive record of service on behalf of the American people.” For her remarkable record of public service and her consistent advocacy on behalf of the Chesapeake Bay, the Port of Baltimore and maritime industry, we are proud to recognize Senator Barbara Mikulski with the NMHS Distinguished Service Award.