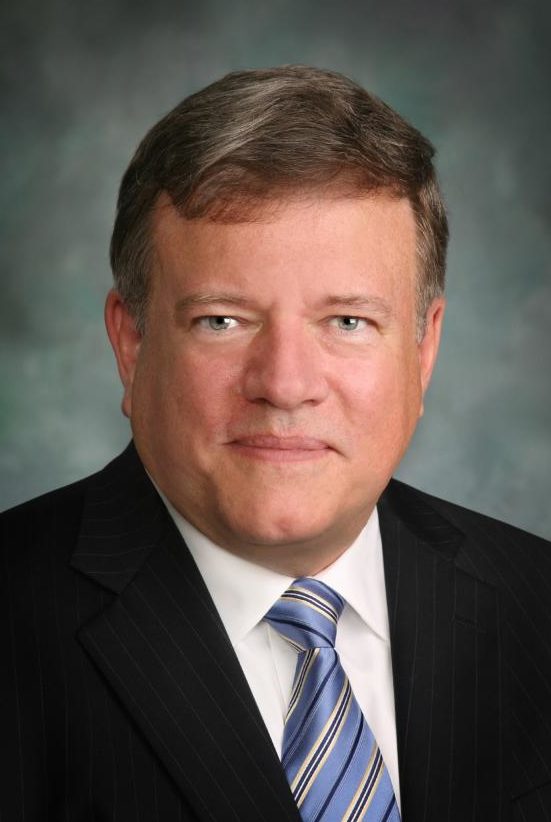 In 2018, VADM Peter H. Daly, USN (Ret.) was awarded with the NMHS Distinguished Service Award at the Annual Awards Dinner. We recognized his many accomplishments in the evening’s awards dinner journal:

VADM Peter H. Daly, USN (Ret.) is presented with the NMHS 2018 Distinguished Service Award in recognition of his exceptional leadership as CEO of the United States Naval Institute, one of the most respected professional associations and thought leaders in the United States. Comprising almost 50,000 members, the Institute has served for 145 years as the open, independent non-partisan forum of the sea services. The US Naval Institute advances the professional, literary, and scientific understanding of sea power and other issues critical to national defense. The Institute organizes conferences and meetings to promote dialog, and its publications play a crucial role in promoting and preserving our maritime history. Through his oversight, Vice Admiral Daly has effectually elevated Proceedings magazine as a professional journal and broadened its outreach.

Prior to accepting the CEO post in 2011, Vice Admiral Daly served as Deputy Commander and Chief of Staff, US Fleet Forces Command. His Navy career, spanning more than 30 years, includes command of the destroyer USS Russell (DDG 59); Command of Destroyer Squadron 31; and Command of Carrier Strike Group 11-Nimitz Strike Group. During each of these commands, he deployed to the 5th and 7th Fleet Areas of Responsibility, participating in Operation Desert Strike in 1996 in Russell and as Sea Combat Commander for the Lincoln Battle Group in the Gulf immediately after the attack on USS Cole in 2000. As Nimitz Strike Group Commander in 2005, he led Task Forces 50, 152 and 58 in support of Operations Enduring Freedom and Iraqi Freedom and maritime intercept operations in the Arabian Gulf.

A Life Member of the Naval Institute and former member of the Institute’s Editorial Board, he also serves on the advisory board for ManTech International. He is a native of Chicago, a graduate of the College of Holy Cross with an AB in economics, receiving a regular commission through the Naval Reserve Officer Training Corps program. He holds a master’s degree in operations analysis from the Naval Postgraduate School, Monterey, California.

It was a great honor to receive award recognition in 2018 from NMHS for leadership of the U.S. Naval Institute, and it is my privilege to continue to lead the Institute – now in its 147th year.  My focus in 2020 has been to continue the Institute’s important mission without service interruption.  Despite COVID, it has been exciting to see our progress; however, it will be even more exciting to put this pandemic—that has affected so many—behind us.

Our vision is to “Give voice to those who seek the finest Navy, Marine Corps, and Coast Guard,” and our open, independent forum is flourishing with our flagship Proceedings magazine.

Overall, we have seen significant growth in all our online channels. We continue to produce and publish almost 80 books per year—including a vast number of standard nautical and professional reference works. Naval History magazine is the best of breed for military history at sea. Our daily news service, USNI News, is averaging more than 2 million views per month. Conference and event programs are executing very successfully in a virtual format and reaching an even wider audience. Construction of the Jack C. Taylor Conference Center continues apace. Scheduled to complete in February 2021, it is exciting to see it rise up out of the ground!

Finally, we are very proud that we have found creative ways to deliver our content in whatever manner it takes to meet the need. On short notice, we provided online book options for students when they were separated from their hardcopy books, and we offered open access to our archive for non-members in the first few months of the pandemic. These actions helped students and teachers who use our books to continue important coursework and also helped us make some new members—who are the lifeblood of everything we do.

https://www.usni.org/
Back to Award Recipients
Become a Member