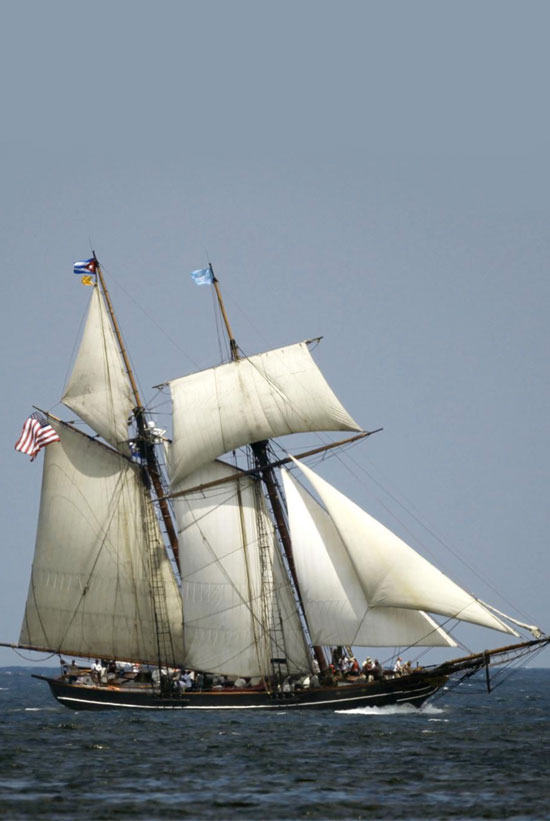 Warren Marr II 1916—2010 was a leading advocate for the preservation of African American history and culture for more than fifty years. Marr’s interest in the Amistad Event and in educating the public about its legacy led to the formation of Amistad Affiliates in 1988. In addition, Marr was a visionary for the creation of the replica schooner Amistad, which was launched in 2000.

In the early 1960s Marr first learned of the now-famous Amistad trail of 1839 resulting from the rebellion of Africans on board the Spanish slave schooner La Amistad. Marr’s interest in the Amistad event and educating the general public about its legacy led to the formation of Amistad Affiliates, a non-profit devoted to creating a replica of La Amistad fitted as a floating museum and educational center. The organization’s goal was to educate the public about this important chapter in American history when a slave trip was commandeered by a group of slaves off the coast of the United States, resulting in an internationally significant case.

In 1995, the State of Connecticut appropriated $2.5 million to cover the cost of the freedom schooner Amistad‘s construction by Mystic Seaport. Marr’s Amistad Affiliates joined with the Connecticut Afro-American Historical Society, the Amistad Committee, Inc., of New Haven, and Mystic Seaport to form AMISTAD America, Inc. to own and operate Amistad. The ship Amistad has sailed to ports around the world promoting peace and goodwill and offering educational curriculum. It serves as a floating classroom, its mission to shed light on such issues as slavery, freedom, cooperation, leadership, equality, and human dignity.  The Amistad message also calls attention to the issues of racism, bigotry, greed, injustice, and intolerance, which are the causes of so much violence in the world today.

Marr studied journalism and printing at Wilberforce University and had a storied career, including serving as editor of Crises Magazine through the NAACP. He created the Amistad Research Center in 1966 as a unique repository for African American paper papers and other artifacts with Dr. Clifton Johnson and spent decades speaking to African American individuals and groups, encouraging them to preserve their records. The center is located at Tulane University and serves as a research repository and library housing more than 10 million items.