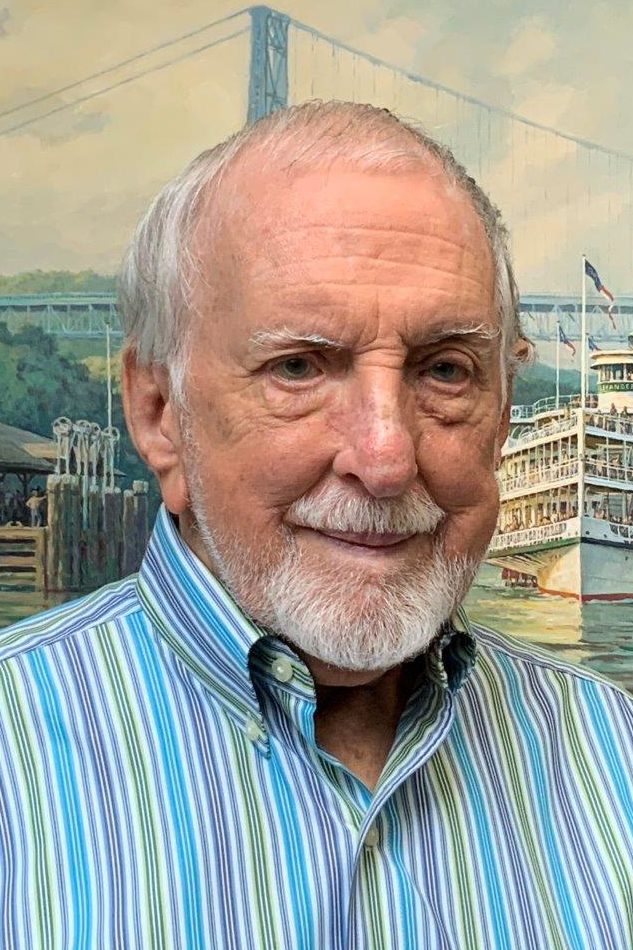 During my contented New York City childhood of the 1940’s, living near the Hudson River and  N.Y. Harbor in a time of spectacular and bustling steamship traffic that visually and emotionally so captivated me,  it “set” the stage for my later becoming a maritime historical artist.
Now, in my eighties, and finding more joy in looking back , rather than forward, I’m grateful to have lived in the American maritime era in which I did, when the majority of vessels were possessed of graceful, sweeping lines and, often, of handsomely crafted wooden-joiner work so pleasing to behold. Ahhhhh……and those melodious steam whistles!

Presently living on Cape Cod, and now with deteriorating eyesight, I have probably produced my final paintings, the largest of which was a historical scene of U.S. Liberty ships in convoy passing Gibraltar in 1944; commissioned for permanent display at the National Word War 2 museum in New Orleans.

As with some previous notable maritime artists, such as the late John Noble, whose focused work graphically documented the last examples of commercial sail in New York harbor, I, in turn, found myself sadly witnessing and depicting the final years of the grand steamships’ era!

In our present digital age, I fondly recall my late-teenage summers (1955-1956) while employed as quartermaster of the famed “Alexander Hamilton,” the last of the classic big Hudson River passenger sidewheel steamboats. Our charismatic 1923-vintage, electronics- free pilot house was equipped with beautifully made wooden steering wheels, abundant polished brass-work, engine room telegraph, our magnetic compass and, along  with our required human skills, all brought the 3,700-passenger capacity steamer safely through her 47 years of service with no serious accident or fatality!

I remain ever thankful for our beloved NMHS, for the valuable educational mission it serves and for the personal early encouragement given me through the showcasing” of my paintings in Sea History magazine and elsewhere. And certainly for our Society’s’ broad based kindred-spirits community that it nourishes and reinforces, and being needed now in America more now, perhaps, more than ever before! Amen.

http://www.williamgmuller.com/
Back to Award Recipients
Become a Member