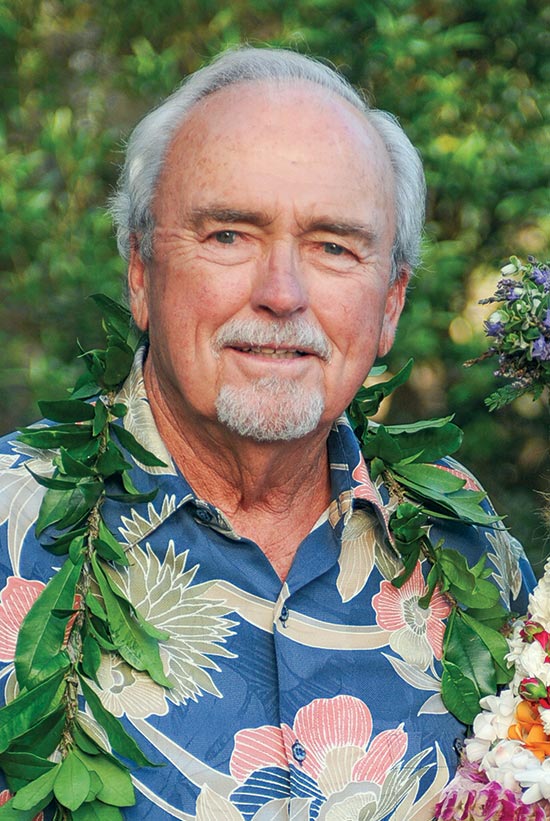 Philanthropist, sailor, aviation enthusiast, Woodson K. Woods is known for building the reproduction of 1812 topsail schooner Lynx and as founder of The Lynx Educational Foundation.

Designed by maritime architect and longtime NMHS supporter, the late Melbourne Smith, Lynx was built at Rockport Marine in Maine and launched in 2001. She sailed south to the Panama Canal and on to her homeport in Newport Beach, California, where she served as a school ship, with a sailing program that incorporated hands-on sail training with an experiential education in American maritime history, particularly the War of 1812 and the role of America’s private navy. Lynx often sailed in company with Lady Washington in the Pacific Northwest and made at least two crossings to Hawaii, including racing in the TransPac yacht race in 2009. Today, Lynx’s educational program is managed by the Lynx Educational Foundation. While the Lynx’s port of registry is now Portsmouth, NH, the schooner is nearly always on the move, bringing a curriculum of history, seamanship, and science to classes around the US, and undertaking longer “Cruises of Opportunity.” Dressed in period costume, the crew brings the experience of an early 19th-century vessel to dockside visitors, classes of schoolchildren, and day sailors.

A first-rate sailor in his own right, Woods was one of the rare present-day sailors to double Cape Horn. He crossed the Pacific twice, once in a Westsail 32 and later in an Alden 57 yawl. After moving back to Hawaii in 2005, he commissioned another Melbourne Smith-designed vessel to be built at the same yard that built Lynx. The 32-foot yawl-rigged open boat was designed after an 18th-century pinnace and christened Imi Loa, Hawaiian for “explorer.” He had it shipped to Hawaii and donated it to the Hawai’i Preparatory Academy for students to learn seamanship and small boat handling.

Originally from St. Louis, Missouri, Woods was U.S. Navy Korean War veteran. During a tour of duty as a Naval Communications Technician in Hawaii he learned diving and flying. He later moved back to Hawaii and eventually created a guide service that incorporated both, and also founded the air-taxi company Royal Hawaiian Air Service. Relocating to Scottsdale Arizona, Woods founded an aviation production company, Aero Meridian, producing aviation shows and restoring antique aircraft. He eventually moved to Orcas Island in Puget Sound, Washington, where he undertook the restoration of a 1930 Alden yawl and built a 44-foot Cherubini ketch, and participated in wooden boat regattas and races. After moving to Newport Beach, California, Woods was part of the effort to bring the replica of Captain Cook’s famous ship Endeavour to visit the Newport Harbor Nautical Museum, and he worked with the American Clipper Trust to bring the clipper ship Sea Witch project to the West Coast. Woods was a Category 1 sailplane pilot (one of the top ten rated pilots in the United States) and a top-rated sailplane racer, and he held an altitude record of 25,500 feet that stood for more than thirty years. With his son Chris, he restored vintage planes for museums and bought and restored the first Spitfire fighter in the United States. He built and oversaw the operation of the Carefree Flying Museum in Arizona and served on the board of the San Diego Air & Space Museum.

Woods vision and dedication to increasing America’s knowledge of our important maritime heritage set an example for us all. Today Lynx and Imi Loa sail on, fulfilling the mission he envisioned for them and for those who sail and learn onboard them.