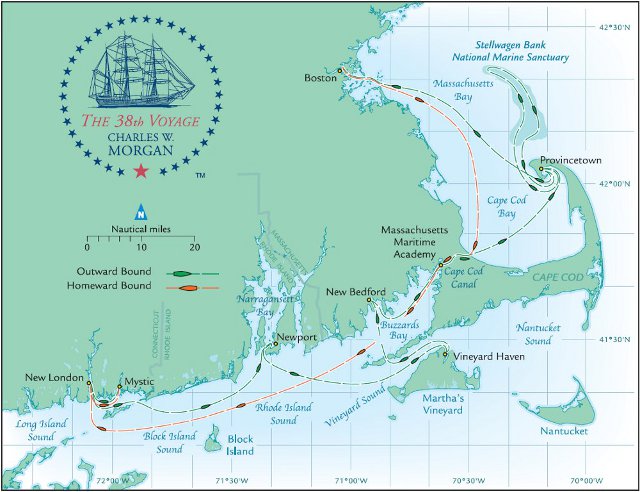 Mystic Seaport has announced that Charles W. Morgan completed her 38th voyage on 6 August, 2014. The ship has now resumed her role as an exhibit and the flagship of Mystic Seaport.  For more information on her voyage, please visit the Mystic Seaport website.

Over an 80-year career, the 1841 whaleship Charles W. Morgan sailed on 37 voyages to remote corners of the globe. In May of 2014, following a five-year, multi-million dollar restoration, the ship set out on her 38th Voyage — perhaps her most important — to raise awareness of America’s maritime heritage and to call attention to issues of ocean sustainability and conservation. It was the first time the National Historic Landmark had left Mystic Seaport since her arrival in 1941. 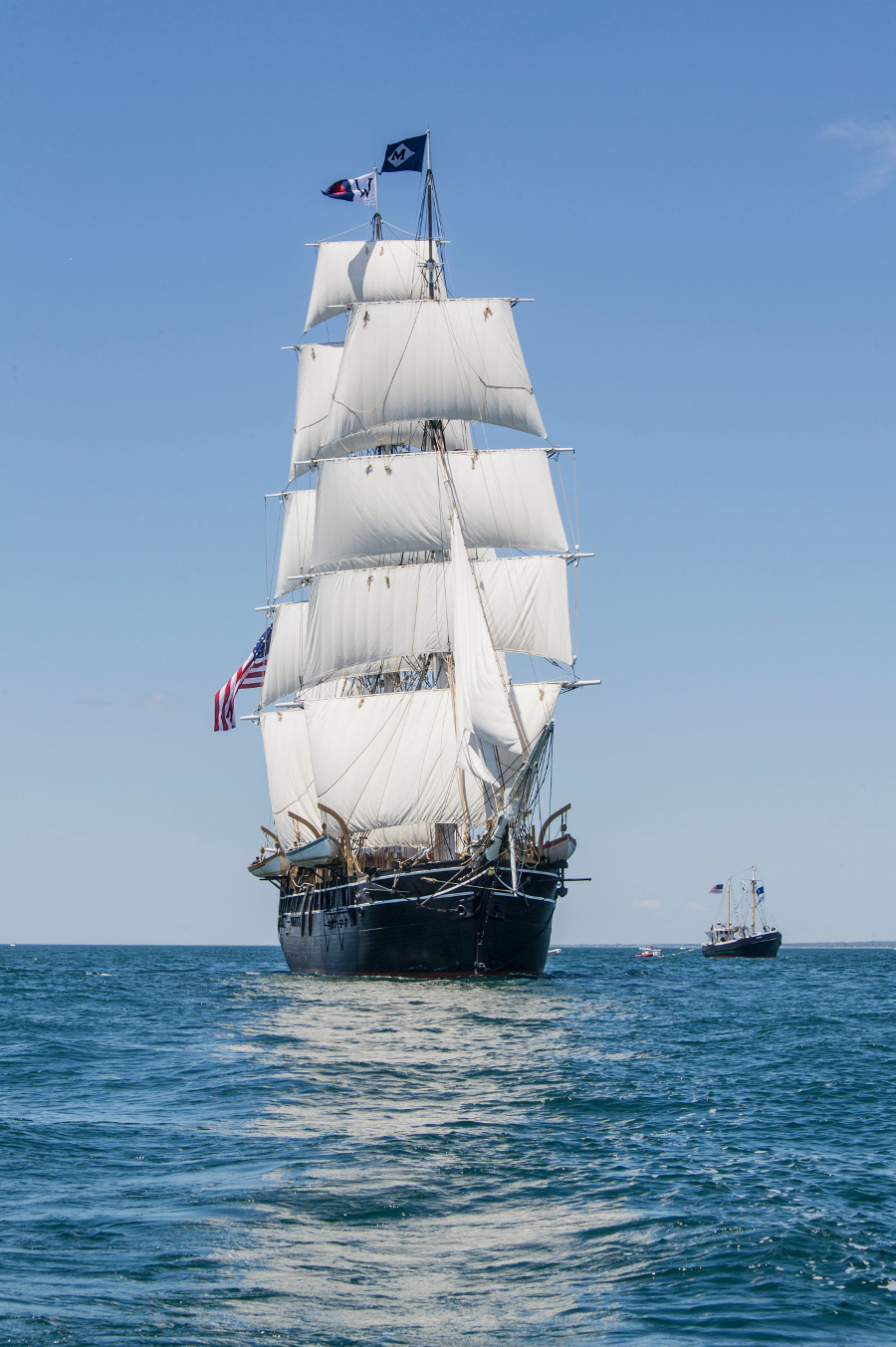 With Captain Richard “Kip” Files at the helm, the Morgan departed Mystic Seaport on May 17 and visited New London, CT, Newport, RI, Vineyard Haven, MA, New Bedford, MA, the Stellwagen Bank National Marine Sanctuary with the National Oceanic and Atmospheric Administration (NOAA) in Boston, and the Massachusetts Maritime Academy as part of the centennial celebration of the opening of the Cape Cod Canal.

During her three day sails to Stellwagen Bank with NOAA, the public was able to follow the Morgan’s visit to the sanctuary on OceansLIVE.  The live broadcast offered interviews and commentary with historians, scientists, authors, and artists discussing the shift from whaling to watching in New England.

Sailing the 1841 whaleship was a maritime event not seen since the 1920s. Due to her status as a National Historic Landmark, the ship proceeded to each scheduled port on a one-day sail so that she could be safely berthed in the next harbor by nightfall. As weather conditions were a determining factor in the decision to head to sea each day, each port transit was scheduled with a three-day window of opportunity with the intention that the ship would sail on the first acceptable day.

Once in port, the Morgan was open to the public on select days. Additionally, the ship was accompanied by a dockside exhibition that included historic interpretation, live demonstrations, music, waterfront activities, and Spouter, a life-sized inflatable model of a sperm whale.

The Morgan completed her historic 38th Voyage on August 6. The ship is docked at Chubb’s Wharf and has resumed her role as an exhibit and the flagship of Mystic Seaport.