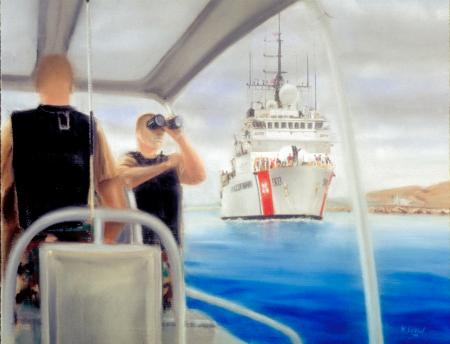 Artwork depicting the United States Coast Guard’s multi-faceted missions will be on view in the Rotunda of the  Federal Hall National Memorial from August 1 though September 19, 2014. 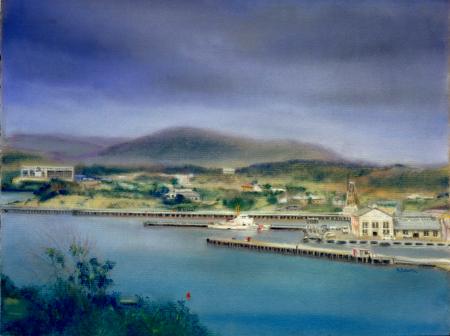 The Coast Guard Art Program (COGAP) uses fine art as an outreach tool for educating diverse audiences about the United States Coast Guard, its people and missions. Through public displays at museums, galleries, libraries, and patriotic events, Coast Guard art tells the story of the service’s unique contribution to the nation in its multifaceted roles as a military, humanitarian and law enforcement organization.

The Federal Hall National Memorial is located at 26 Wall Street in New York City, and is open 9 a.m. to 5 p.m. Monday through Friday.  The exhibition is free and open to the public.  There are numerous ways to get to Federal Hall; public transportation is recommended and inoformation can be found at www.mta.info and www.nps.gov/feha. 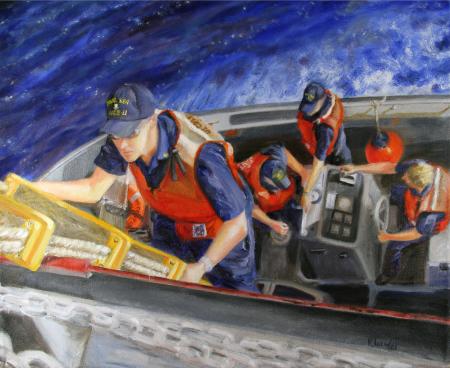 Karen Loew – To the Rescue

Images of the new works can be seen at www.uscg.mil/art/collection/.  Simply open the exhibit tab on the left “2006 to present,” then open the table of contents and scroll to the listings near the bottom of the page beginning with 2014.  Works from Karen Loew, who will be our featured speaker at the Charles Point Seminar at Hendrick Hudson Free Library on 27 September.