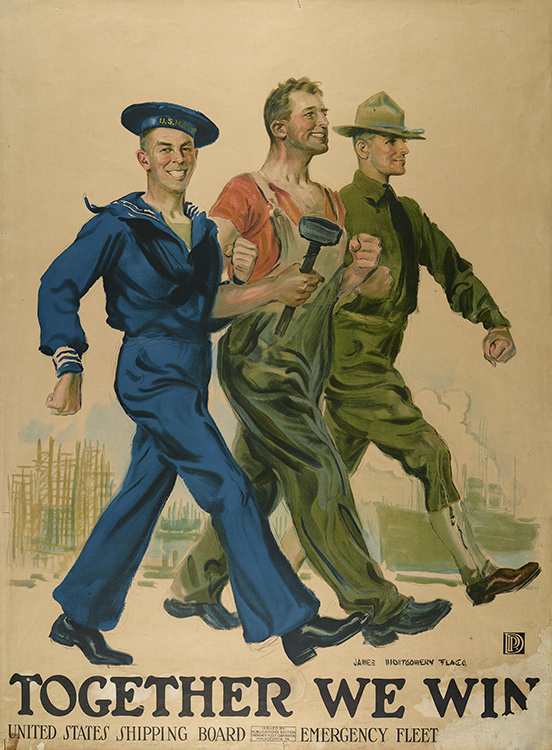 The exhibition Answering America’s Call: Newport News in World War I commemorates the 100th anniversary of America’s involvement in the “war to end all wars.”

World War I was a transformational event and time period for Hampton Roads and the entire United States, marking the emergence of the U.S. as a major world power. Answering America’s Call: Newport News in World War I chronicles the transformation of Newport News — and by extension the country — as a result of the war. America’s involvement in the war is shown through primary sources, like personal letters, diaries, journals, and photographs of participants, including the men and women who served locally or who were shipped overseas through the Port of Embarkation.

This exhibition features artifacts, photographs, and documents relating to the camps located here in Newport News (Camp Hill, Camp Stuart, and Camp Alexander) as well as the critically important Animal Embarkation Depot and its counterpart in Saint-Nazaire, France. Stories are told throughout the exhibition about how the community supported the war effort through Newport News Shipbuilding and Drydock Company, and numerous civilian agencies. The exhibition also examines the construction of Hilton Village as a means of accommodating the large influx of shipyard workers into the area.