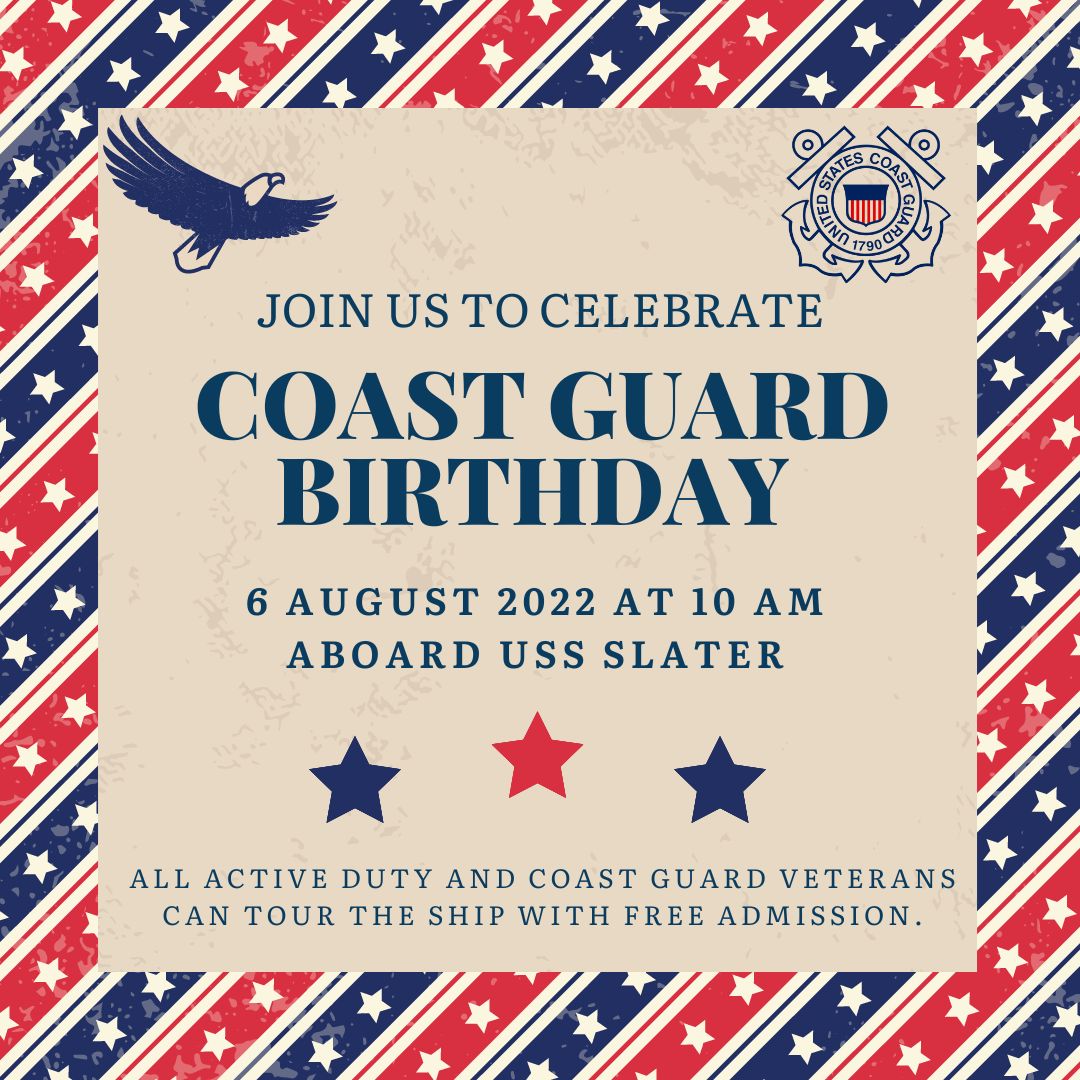 During WWII Coast Guardsmen manned hundreds of Navy and Army vessels including 30 Destroyer Escorts. Coast Guard-manned ships hunted enemy submarines, protected convoys to Europe, delivered troops and supplies to the various theaters of the war, and operated landing craft which delivered troops to the invasion beaches. Coast Guard cutters and destroyer escorts played a pivotal role fighting Nazi U-Boats in the Battle of the Atlantic. Following the war, during the 1950s, destroyer escorts were once again called into Coast Guard service to serve as weather ships. The SLATER volunteer crew includes a strong Coast Guard contingent, dedicated to preserving a piece of American history.

USS SLATER, the last Destroyer Escort afloat in America, is open to the public for her 25th season in Albany. Guided tours start every 30 minutes. No reservations are required, and tickets are sold at the door. USS SLATER is open Wednesday through Sunday, 10 AM to 4 PM, through Sunday November 27th 2022. The ship is located in Downtown Albany at the intersection of Broadway and Quay Street.