Death in the Ice: The Mystery of the Franklin Expedition 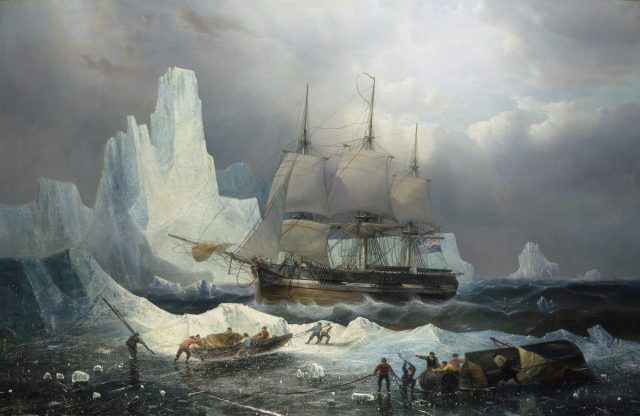 In 1845, Sir John Franklin led the Royal Navy’s sturdiest two ships into the Arctic to great international acclaim. His mission: to discover a Northwest Passage to Asia. Franklin and his crew of 128 men were never heard from again. Thirty-seven expeditions were launched from several countries in a decades-long effort to discover the fate of Franklin’s men. Tantalizing clues, including graves, provisions, Inuit tales, and a single handwritten note told a grim story, but the men and ships would never be found.

This most enduring of mysteries leapt back into the headlines in 2014 with the discovery of Franklin’s flagship, HMS Erebus, then two years later with the discovery of HMS Terror, each incredibly well preserved at depths of less than one hundred feet in the Arctic Ocean. Dives aboard the wrecks are rapidly changing our understanding of what befell Franklin’s expedition.

This exhibition pulls together every strand of this epic history, including expedition materials from London, Inuit culture and knowledge that led to the wrecks’ discoveries from Canada, and artifacts raised from HMS Erebus, seen for the first time in 170 years.

An exhibition developed by the Canadian Museum of History (Gatineau, Canada), in partnership with Parks Canada Agency and with the National Maritime Museum (London, United Kingdom), and in collaboration with the Government of Nunavut and the Inuit Heritage Trust.