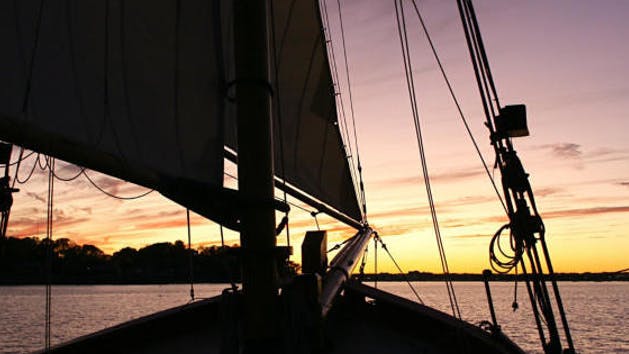 The Gloucester Schooner Festival celebrates the contribution of the fishing schooner to the history of New England. The events feature the last remaining of these great old vessels as well as modern representations. Square riggers such as Picton Castle, Gazela, and Friendship have been known to participate as well as up to two dozen schooners of all shapes and sizes.

About:
On Sunday of Labor Day weekend,schooners will form up for a Parade of Sail and then head out to compete in the Mayor’s Race for the Esperanto Cup, a trophy from the first International Fishermen’s Races sailed in 1920. Join us on the Schooner FAME as we depart from Salem for a 5-hour adventure. We will join the other schooners and tall ships off Gloucester and sail out with them before returning to Salem in the afternoon. On our way toward Gloucester, we’ll be cruising along the “Gold Coast” of Massachusetts and expect to see such highlights as:

The cost of your ticket includes not only five hours of sailing on the water but unforgettable views of the most picturesque sailing event of the summer.

What to Bring:
Lunch is NOT included. Beer, wine, soft drinks, water and assorted snacks are for sale on board at reasonable prices.
Guests are encouraged to bring their own food and drink, but no alcohol can be brought on board due to state regulations.
Dress for the weather. It will be cooler on the water.
Hats, sunglasses, binoculars, and a camera are all good ideas!