Harrison Cady: View from the Headlands 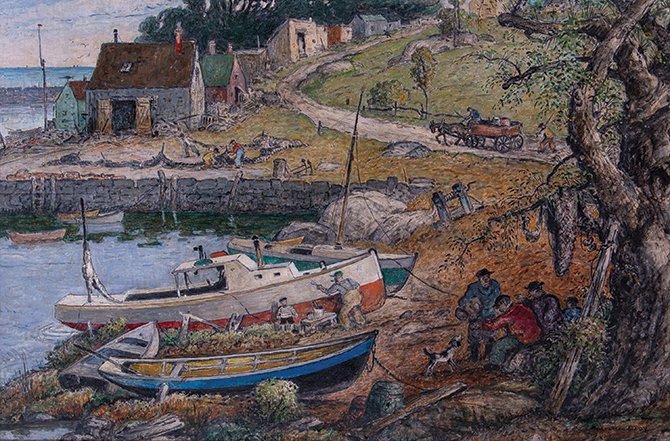 A frequent visitor to Rockport, Massachusetts, Cady made it his permanent summer home in 1920, purchasing a seafront property known as “The Headlands.” With his studio “the Silo” located nearby, Cady shifted his focus to painting landscapes and harbor scenes. Cady was an early member of the Rockport Art Association, founded in 1921.

View from the Headlands draws on public and private collections throughout the region with examples of Cady’s early magazine illustrations, his work with writer Thornton W. Burgess, and his later landscape paintings. The exhibition reflects the Cape Ann Museum’s commitment to preserving and presenting work that celebrates the area’s culture and history.