Man of War: Adventures Aboard a Fighting Ship 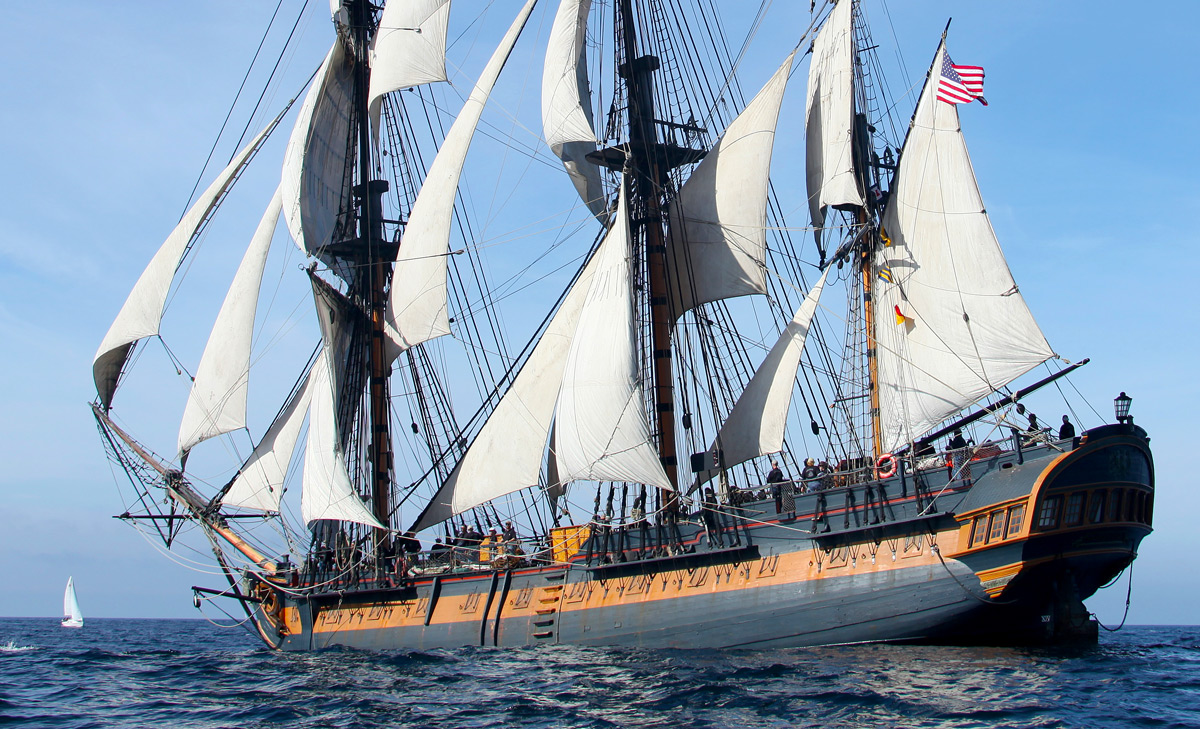 Maritime Museum of San Diego, home to one of the world’s finest collections of historic vessels, from sail to steam to submarine, announces the opening of Man-of-War: Adventures Aboard a Fighting Ship Friday, May 25, 2018.

Staged aboard His Majesty’s sixth-rate British Royal Navy frigate, HMS Surprise, the new exhibit transports visitors back in time 200 years to the wooden world of the fighting sailing ship. This interactive exhibit encourages visitors of all ages to learn what it was like to live as cabin boy, marine, sailor, midshipman, surgeon, and captain on a “man-of-war” from the age of sail.

Dr. Raymond Ashley, Ph.D., K.C.I., President/CEO of the Maritime Museum of San Diego, explains Man-of-War is an adventure the entire family can enjoy without leaving the dock. “Walk the length of her gun deck, sit in the captain’s cabin, visit the surgeon’s berth, and stand at the helm. You’ll see and hear the sights and sounds of dramatic battles at sea, with Surprise’sfearsome guns answering those of her enemies.” Dr. Ashley adds, “Much like all of our interior and interactive exhibits on display throughout the Museum’s historic fleet, this experience aboard HMS Surprise is free and included with general admission to the Maritime Museum of San Diego”.

HMS Surprise is a replica of that most famous ship in author Patrick O’Brien’s series of historical novels chronicling the naval career of Captain Jack Aubrey. In 2003 she was featured in the 20th Century Fox epic drama Master and Commander, starring Russell Crowe in the role of Aubrey. Since then the Surprise has been part of the Maritime Museum of San Diego’s fleet of historic and replica vessels.

Maritime Museum’s Librarian, Curator and Collections Manager Kevin Sheehan, Ph.D. adds, “we encourage visitors to learn about some of the curious expressions that sailors used to describe their life on board, find out how to fire one of the guns and experience the thrill for adventure that called so many to this life, despite its hardships.”