“Whales Without Walls: The Whale Sanctuary Project” A Presentation by Charles Vinick 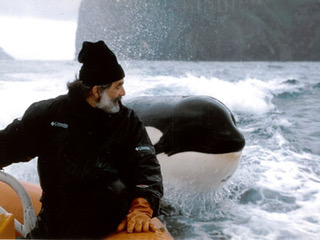 The Santa Barbara Maritime Museum (SBMM) presents “Whales Without Walls: The Whale Sanctuary Project” on Thursday, September 15, 2022, at 7 pm PDT. This in-person lecture by Charles Vinick, Executive Director of the Whale Sanctuary Project, will tell the story of how the first natural seaside sanctuary for captive whales in North America is being created. Cost is free for SBMM’s Navigator Circle Members, $10 for all other members, and $20 for members of the public. There will also be a pre-lecture reception for members only from 6:15-6:45pm. Register at: https://sbmm.org/santa-barbara-event/ and become a member at https://sbmm.org/membership/

Vinick explains that although there are sanctuaries for elephants, chimpanzees and big cats around the world, there are none for cetaceans…yet. Thus, the Whale Sanctuary’s vision is of a world in which captive cetaceans (whales and dolphins) are treated with respect and are no longer confined to concrete tanks in entertainment parks and aquariums. Vinick will discuss what it takes to identify and acquire a suitable sanctuary location, as well as what an authentic whale sanctuary is and how the whale sanctuary in Port Hilford, Nova Scotia, is being designed to set the gold standard for many more that can then be built all over the world in the coming years.

According to Vinick, “While I would like to see all captive whales and dolphins returned to the open ocean, this is rarely possible. In particular, whales who have been born in captivity and have never experienced life in the ocean with their own family have never learned the skills to survive in the wild. They need lifetime care where they can thrive in a natural setting that’s as close as possible to what they would experience in the wild. Injured or stranded wild individuals, however, will be treated and assessed, and every effort will be made to release them back to the open ocean.

Vinick will also talk about how he and his colleagues were able to bring veterinarians into the Miami Seaquarium to conduct the first independent health and welfare assessment of Lolita, the orca who has been in the world’s smallest whale tank for more than 50 years, and how this unique collaboration with the Miami Seaquarium owners is progressing to provide Lolita with the highest quality of life possible. He will contrast the work of creating a sanctuary for captive whales with the effort to designate the Channel as a Whale Heritage Site.

Charles Vinick, founding executive director of the Whale Sanctuary Project and co-founder of Friends of Lolita, has been leading non-profit organizations for more than 40 years. He previously served as executive vice president of Jean-Michel Cousteau’s Ocean Futures Society and senior vice president of The Cousteau Society, working with the Cousteau family for more than 25 years. He was privileged to manage the Keiko project in Iceland, the effort to return the Free Willy whale to the wild. He currently serves on the boards of directors of Heal the Ocean, the Ocean Futures Society, and the Marine Protection Alliance, as well as the Whale Sanctuary Project and Friends of Lolita. He has received commendations from the White House for his work with youth education and from the Los Angeles City Council for community environmentalism.