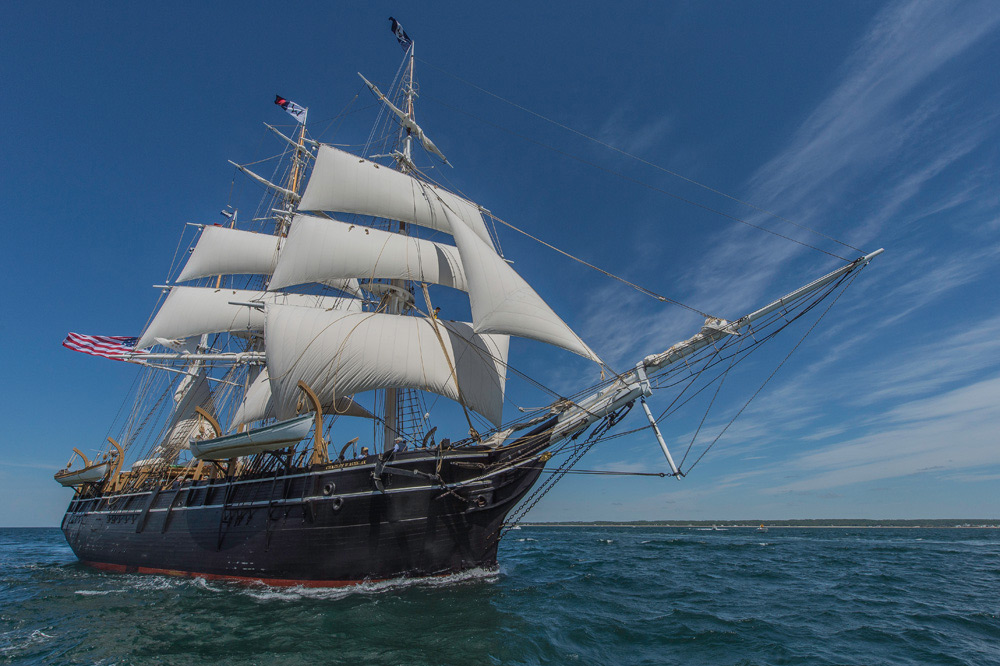 Launched in 1841 by the shipyard of Jethro and Zachariah Hillman in New Bedford, MA, Morgan sailed 37 voyages, many of them lasting more than three years, hunting whales. She retired in 1921, where she became a museum ship, first on the estate of Col. Edward H. R. Green in South Dartmouth, MA, and then in 1941 becoming a part of the collection of Mystic Seaport Museum.

In May 2014 Charles W. Morgan set sail on her 38th voyage, after a momentous five-year restoration project. The three-month voyage captured the imagination of our maritime heritage community, as a ship of her vintage took to the waves.