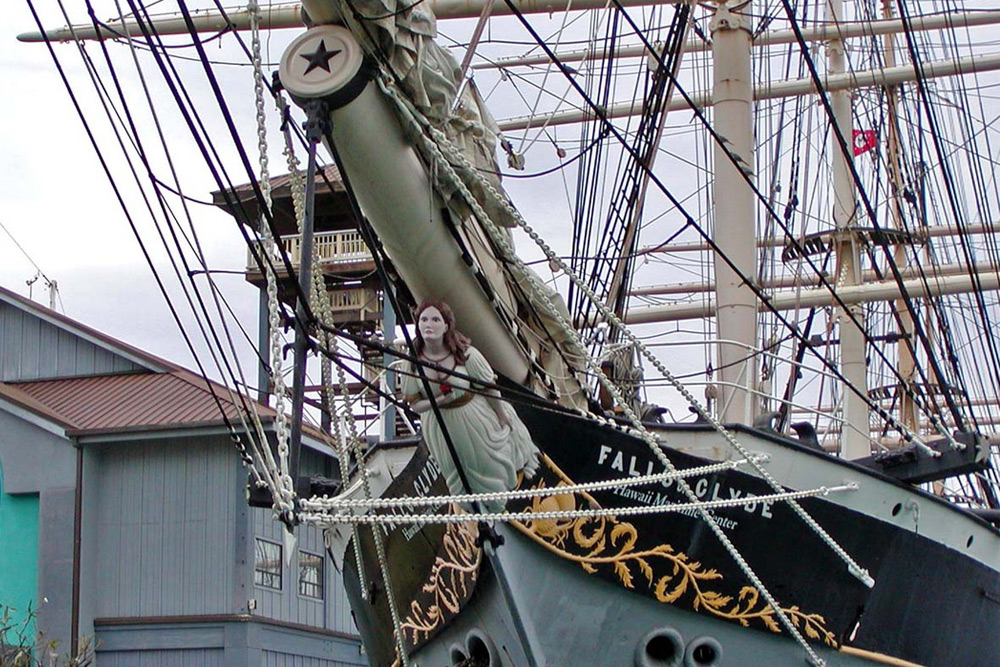 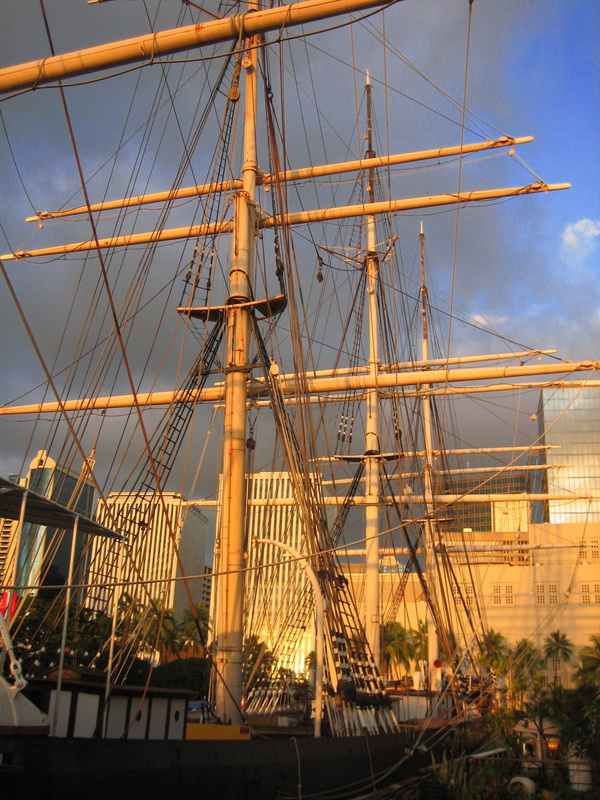 Launched in 1878, the Falls of Clyde spent two decades hauling freight for the Falls Line of Wright and Breakenridge. In 1898–99, Captain William Matson bought the ship and brought her to Hawaii; she spent the next two decades hauling freight and passengers to the US West Coast and beyond. In 1907 she was fitted out as a sailing oil tanker for Associated Oil out of California and continued on her route between Hawaii and California until 1920. Her masts were cut down in 1922, and she served as a fuel barge in Ketchikan, Alaska, until 1959. She was then slated for scuttling as a breakwater, but the efforts of maritime activists such as Capt. Fred Klebingat, NMHS founder Karl Kortum, Robert Weinstein, and Harold Huycke fought to save her from that fate. With support from Matson Navigation Co., she was purchased by a Hawaiian group and towed to Honolulu to serve as a museum ship. She was fully restored and rigged in the 1960s and turned over to the Hawaiian Maritime Center, which was later taken over by the Bishop Museum.

In 2008, the Hawaiian Maritime Center, acknowledging that the ship was in disrepair and that it lacked the funds to restore her, offered to hand over ownership to another museum or institution; if no one came forward, it would have to arrange to have the ship scuttled. A non-profit group, Friends of the Falls of Clyde, formed to take possession of the ship and formulate a plan to have the ship saved. Despite their best efforts, the group hasn’t been able raise enough funds to get the ship dry docked and restored.

In June 2016, the Harbors Division of the Hawaii Department of Transportation revoked the ship’s permit, stating that the ship’s presence creates a hazard to navigation, and has been pressing the group to identify a long-term plan for the ship. The Scotland-based group Save Falls of Clyde-International was formed to raise funds and arrange for the Falls to be returned to Scotland. The group, headed by David O’Neill, would like to restore the Falls to seagoing condition, sailing cargo and taking on paid sail-training crew. A proposal for the ship is currently before local authorities in Inverclyde, Scotland, for review; it is possible that the Falls will be transported to her new home by late 2018.

Visit Falls of Clyde on

Visit Save the Falls of Clyde-International on