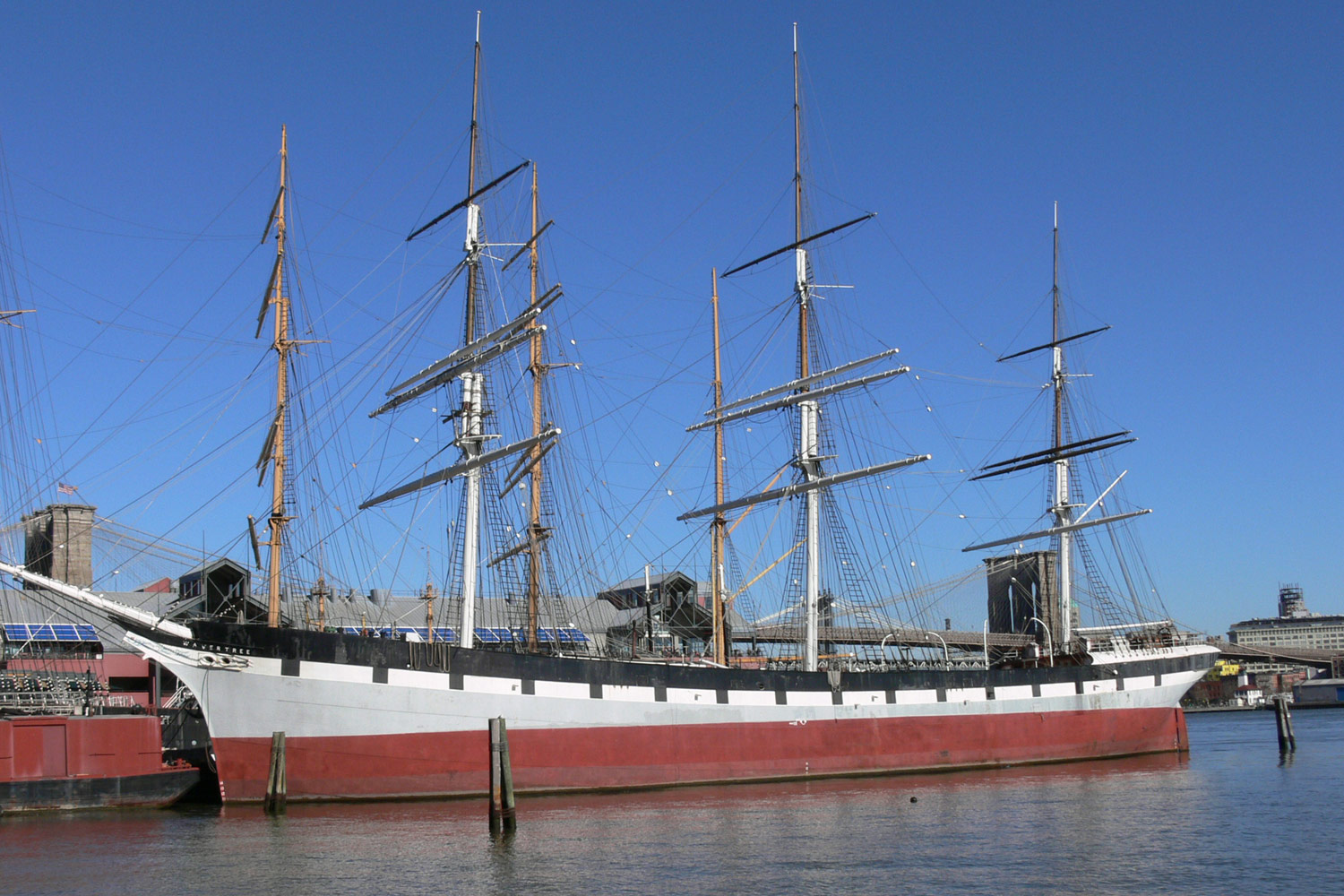 Built by Oswald Mordaunt & Co. and sold to Chadwick & Pitchard as the Southgate, this ship originally sailed the Indian jute trade route before being sold to R. W. Leyland & Co. of Liverpool, carrying general cargo around the globe as the Wavertree. In 1910 she was dismasted off Cape Horn; she served as a storage hulk in Chile until 1948, when she was given the name Don Ariano N and converted to a sand barge in Argentina.

Legendary historic ship advocate Karl Kortum spotted the hull on a visit to the region in the 1960s, and persuaded the founders of the South Street Seaport Museum (SSSM), still in its infancy, that the ship, which had called at the port of New York in its sailing heyday, would be an excellent choice to serve as flagship for the historic fleet they envisioned for the museum. SSSM purchased the vessel in 1968, and in 1970 the ship that SSSM co-founder Norma Stanford called her “big iron baby” was towed to New York City. Her original sailing configuration was restored, as was the name under which she sailed, Wavertree. 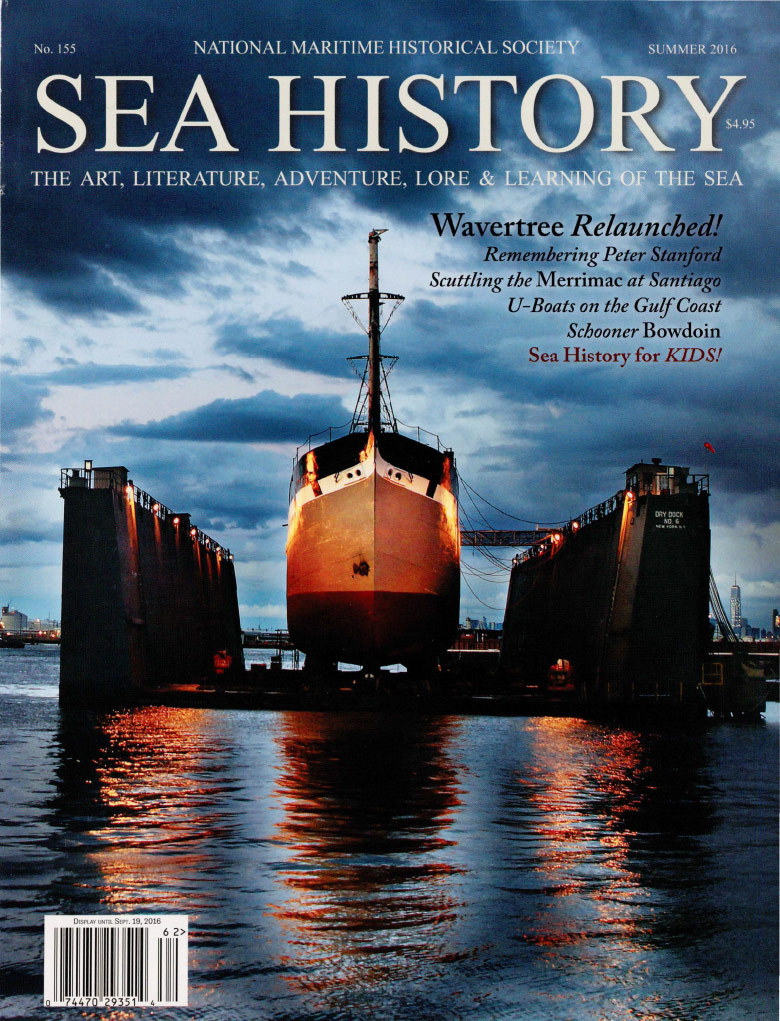 Wavertree underwent a 15-month renovation at Staten Island’s Caddell Dry Dock and Repair Co., a $13 million project completed in autumn of 2016. You can read SSSM President Jonathan Boulware’s report on the restoration of Wavertree in pages 22–23 of Sea History 155, Summer 2016. 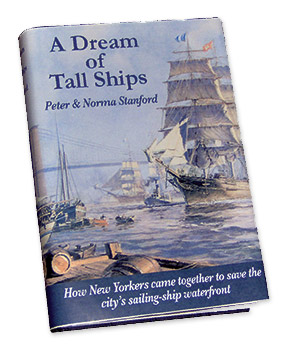 The story of the search for Wavertree and the journey to bring her to South Street Seaport Museum is told by SSSM founders Peter and Norma Stanford in their 2013 book A Dream of Tall Ships.