In the Pages of Sea History 153 Meet the winners of this year’s NMHS maritime history competition, part of the National History Day program. More than half a million middle and high school students take part in the NHD research-project competition.

Cutterman Hugh George Campbell: Master and Commander of Super-Cutter Eagle and Forgotten Hero of the Quasi War
by William H. Thiesen
Hugh Campbell served his country in four naval wars as a patriot, cutterman, combat captain, and senior naval officer. In a two-year campaign in the West Indies during the Quasi War, Campbell and his crew captured twenty-two privateers, prize ships, and enemy merchantmen, while destroying a number of others. All this was achieved without losing a single member of his crew. A New Look at the “Longitude Problem”
by Daniel McFadden
The exhibition Ships, Clocks, and Stars: The Quest for Longitude, produced by the National Maritime Museum in London, takes into consideration the many angles and players who were working on solving the great challenge of their time. For a limited time, the exhibition is on display at Mystic Seaport, offering the chance to see Harrison’s famous sea clocks up close.

Trade vs. Diplomacy: The Problem of the Free Port Marstrand During the American Revolution
by Rikard Drakenlordh
During the War for Independence, American shipowners sought to establish trading partners around the world, both for economic interests and to supply the fighting forces at home with much-needed supplies. Great Britain tried to quash this attempt. Caught in the middle were neutral nations trying to establish free ports.

Maritime Archaeology in the 21st Century
by James P. Delgado
Advances in technology, awareness, and education, and a shift in how both academia and the diving community view shipwrecks, have driven the field of maritime archaeology into a new era. James Delgado, director of NOAA’s Maritime Heritage Program, traces the evolution of the field from its beginnings to how maritime archaeology is practiced today. Sailors in Distress: The Origins of the First Federal Healthcare Legislation
by Harold D. Langley
One of the first orders of business for the First Federal Congress when it met in 1789 was to address who would pay for the care of stranded American seamen in foreign ports and sick and disabled seamen who arrived in American ports with no one to take them in. 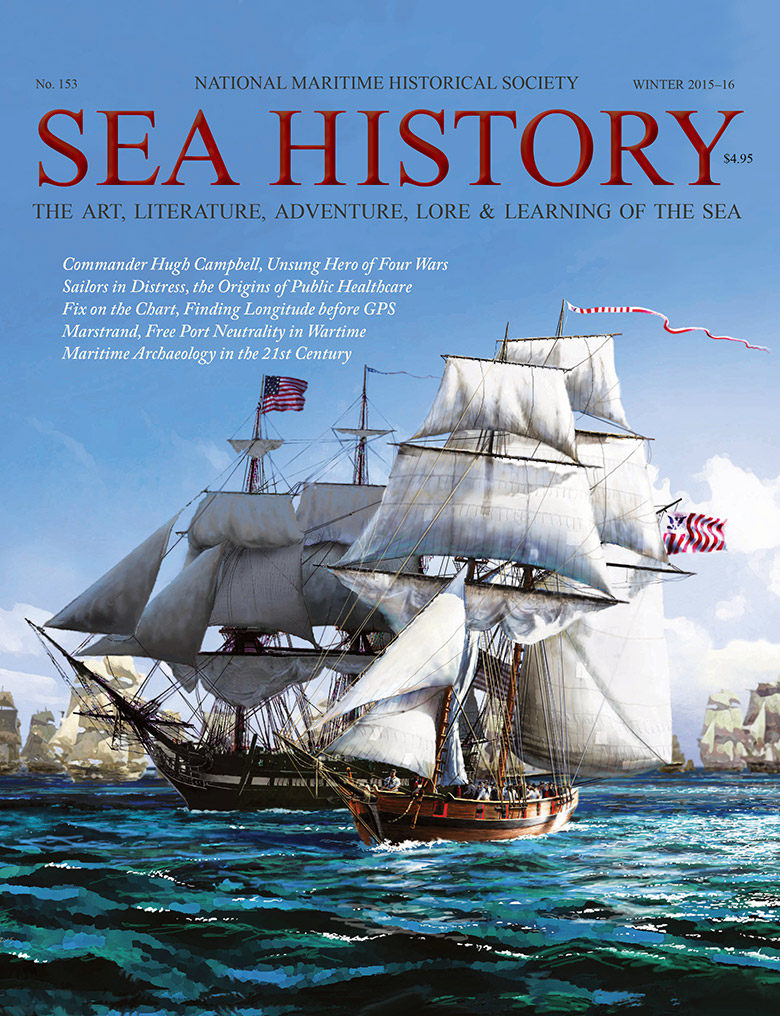