In the Pages of Sea History 155 The Cape Horn Road, Part II: How the Sails of the Square-rigged Ship Got their Names
by Peter Stanford
From 1994 to 2000, Peter Stanford captivated readers with tales of The Cape Horn Road, his 22-installment series about the sweeping history of seafaring. In installment II, reprinted here in honor of his countless contributions to Sea History, Peter discusses the story of how square sails were named, drawing inspiration from Wavertree, the ship Peter and Norma Stanford rescued from retirement as a sand barge to become the flagship of the South Street Seaport Museum. So Close to Home: U-boats in the Gulf of Mexico
by Michael J. Tougias
Not many Americans realize how close German U-boats came to their shores. Best-selling author Michael Tougias puts us on board U-507 with Commander Harro Schacht as he sneaks into the Gulf of Mexico in the spring of 1942 and wreaks havoc on American shipping. Hell With the Lid Off! —Lt. Hobson and the Sinking of the Merrimac at Santiago, Cuba, 1898
by Patrick S. Grant
Faced with the task of keeping the Spanish fleet trapped in Santiago Harbor, Lt. Richmond Hobson, a naval constructor, and a crew of volunteers from the US fleet embarked on a risky mission to block the narrow channel by sinking their own ship. Bound for the Arctic and Beyond: Schooner Bowdoin Prepares for Her Second Century of Voyaging
by Michael W. Mahan
Designed to sail through the ice packs of the Arctic, the solidly built schooner Bowdoin, now a training ship for the Maine Maritime Academy, is being restored as she approaches her 100th birthday. 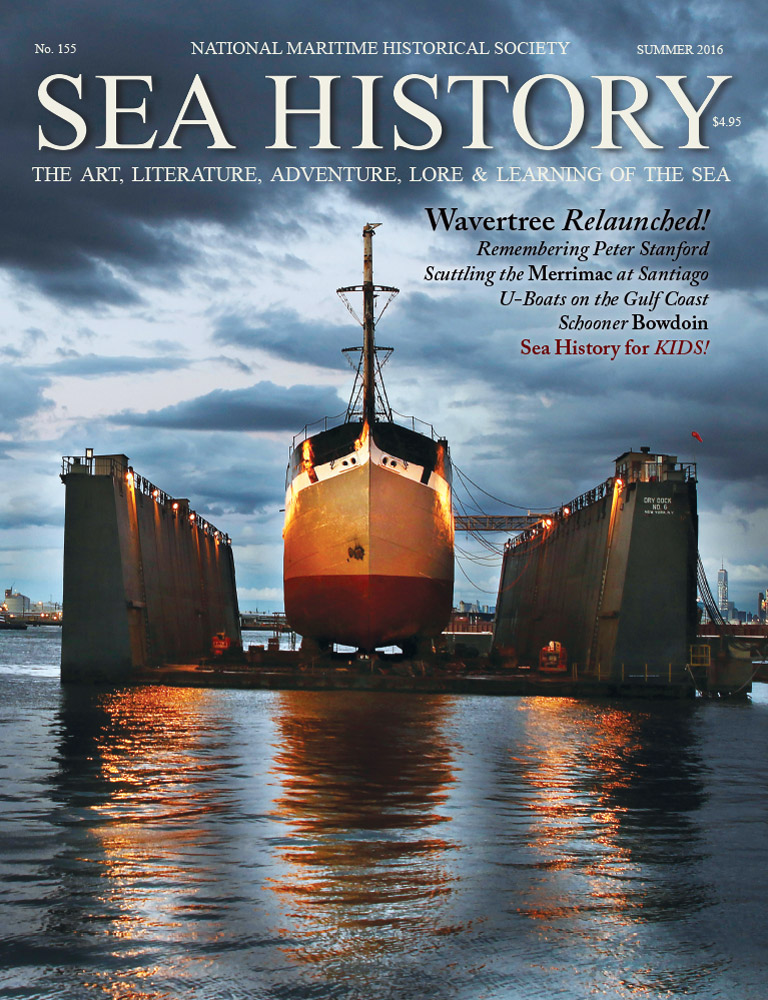