In the Pages of Sea History 159

by Dr. Donald E. Willett
In 1939, before the US joined WWII, the crew of SS City of Flint learned just how dangerous their jobs had become when their ship was stopped at sea and seized by a Nazi warship.

Probing the Mysteries of the Jones Act: Part 1
by Michael J. Rauworth
The Merchant Marine Act of 1920 is misunderstood even by those whose livelihoods it directly affects. Is it workers’ compensation? Cabotage restrictions? Maritime attorney and master mariner Mike Rauworth takes a look at the Jones Act in a two-part series, explaining what it means and why it matters. 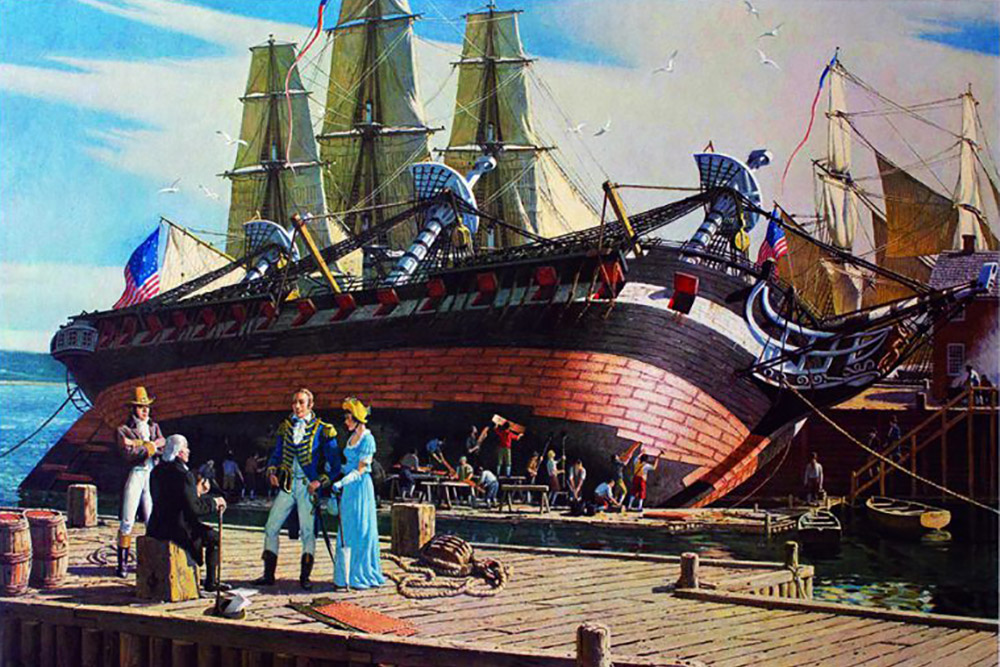 Copper Bottomed—USS Constitution Restoration 2015–17
by Margherita M. Desy and Kate Monea
While USS Constitution is still in dry dock at the end of a three-year restoration effort, visitors can’t help but notice the bright copper plating tacked to the ship’s hull below the waterline. The practice is as old as the 1797 ship for protecting a wooden hull from damaging marine growth.

Tall Ships America: Maritime Heritage Calls On Boston this Summer
by Bert Rogers and Harold Burnham
Tall ships are coming to Boston! As you take in the fantastic spectacle of towering masts and billowing canvas, also appreciate the small fleet of Essex-built schooners dating from 1893 to 2011. These vessels, representing a centuries-old shipbuilding heritage, will be on hand for tours and sailing from Fan Pier. Apprentice-Built Dories for Schooner Adventure
by Stefan Edick and Graham McKay
With her restoration completed, schooner Adventure is getting the last piece of her deck equipment delivered this summer—her iconic stacked dories. Built by teenaged apprentices at Lowell’s Boat Shop, these boats are authentically designed and built, making Adventure’s story not just about the big schooner, but about the artisans that equipped and maintained the fishing fleet. One Last Ocean Crossing: The 1911 Barque Peking Returns to Germany
by Gregory DL Morris
This summer, the barque Peking sails home to Germany—in a massive heavy-lift dock ship—to be restored and take center stage as the flagship of a new German maritime heritage center.