In the Pages of Sea History 162 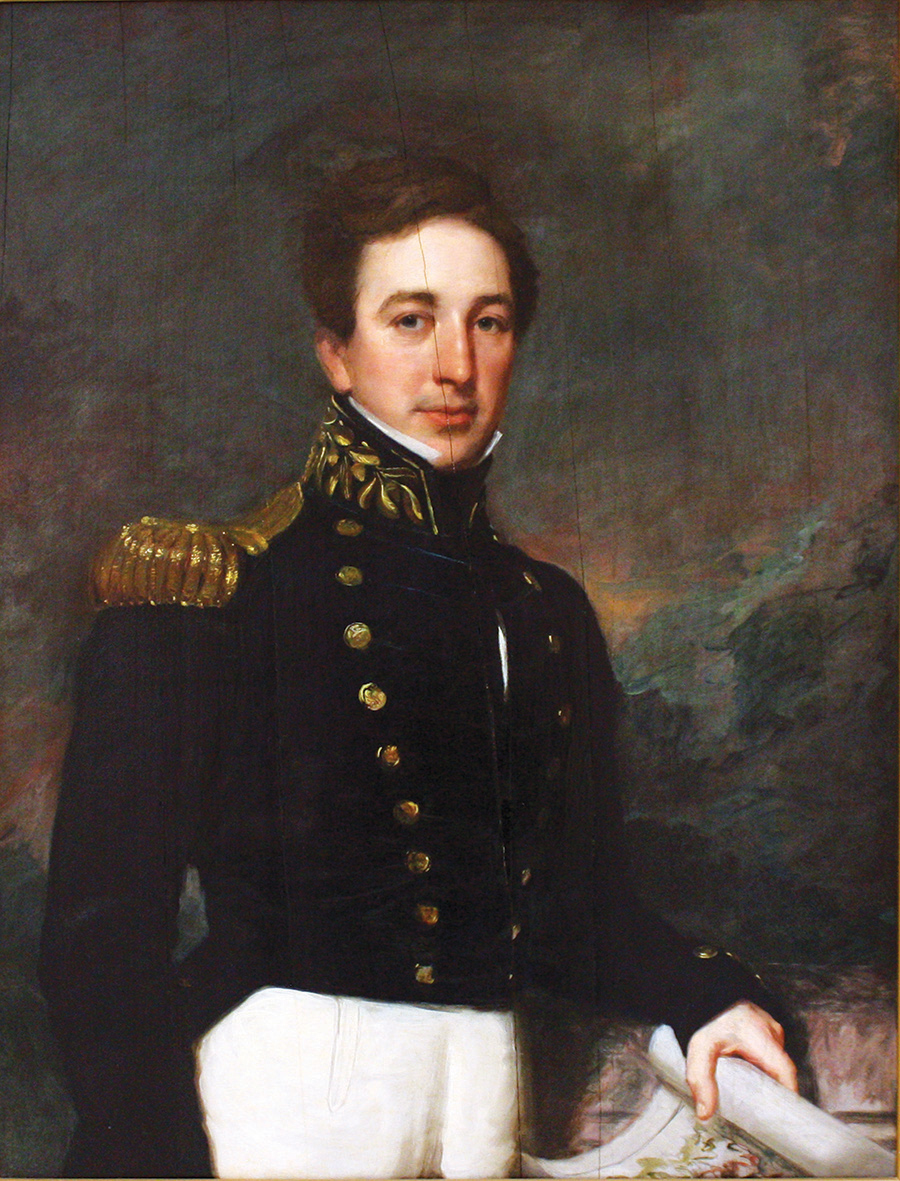 by James H. Bruns
In December, Paul Allen announced that his expedition had located USS Ward, the destroyer that fired the first shot in anger off Pearl Harbor in World War II. And who was the ship’s namesake? James Harmon Ward was one of the US Navy’s new breed of scholarly sailors; at the outset of the Civil War, he proposed to the new Lincoln administration a “flying flotilla” of small shallow-draft vessels to guard the Potomac and protect the nation’s capital.

Say Again? A Look at Nautical Jargon
by Dick Elam
Author and retired journalism professor Dick Elam confronted the highly specific language of seafaring when he was writing his first novel. He shares his lessons learned, seasoned with a little salt and humor. 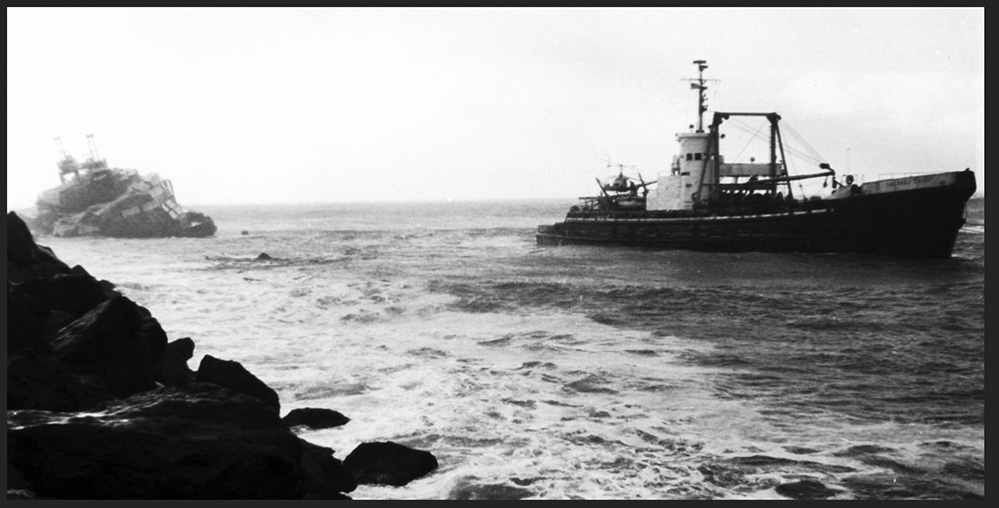 Salute to M/V Salvage Chief (ex–LSM–380)
by Jim Mockford
LSM-380 was one of 558 landing craft of her class built between 1944 and 1945 as part of the US Navy’s push to prepare for the invasion of Japan. After the war, she was purchased and converted for salvage work. M/V Salvage Chief went on to rescue, recover, and salvage vessels along the West Coast with consistency and sometimes dramatic success. Now she is embarking on a new career; the ship has been purchased by a non-profit group that plans to make her operational for local disaster response readiness and as an educational and training ship.
Featured article of Sea History 162: read it now 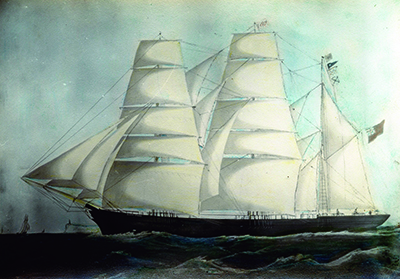 National Maritime Awards Dinner and Washington Invitational Marine Art Exhibition
The National Coast Guard Museum Association joins NMHS for the 2018 gala, honoring three individuals whose work has taken them to the top of their field while making lasting contributions to maritime heritage and marine conservation projects. Paintings by more than a dozen of today’s top marine artists will be on display for a one-night special exhibition and sale at the dinner at the historic Mayflower Hotel in Washington, DC. Proceeds from art purchases benefit the National Maritime Historical Society and the National Coast Guard Museum Association.

Diving into the Wreck of Vicar of Bray
by James P. Delgado, Deborah Marx, Matthew Lawrence, and Amy Borgens
The remains of a Gold Rush-era wooden square rigger lie in a remote ship’s graveyard at the bottom of the world. Last year, a team of archaeologists visited the Vicar of Bray in the Falkland Islands to document what has survived in this cold and isolated marine environment and what its future might hold. 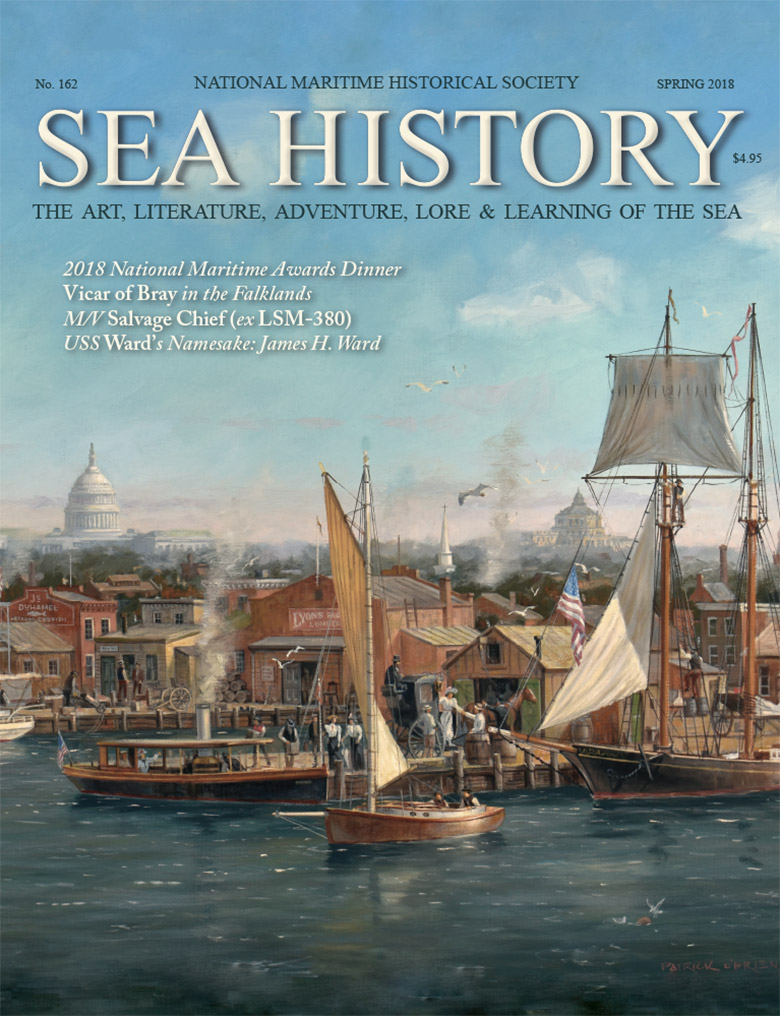 Featured photo: In 1949, the first year Salvage Chief began operations after her conversion, Fred Devine and his crew aboard Salvage Chief refloated SS Pine Bluff Victory, which had run aground in the Columbia River.